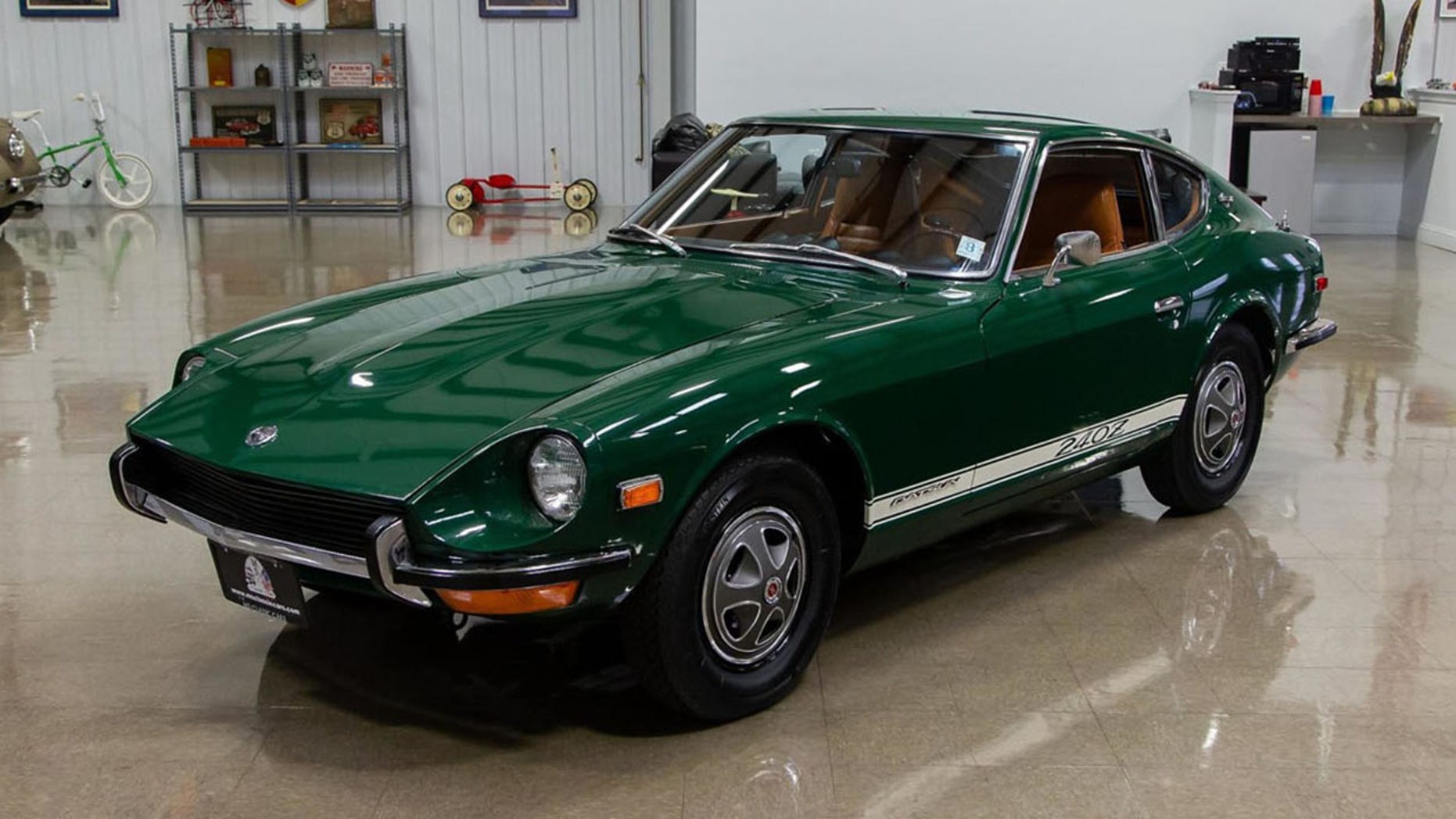 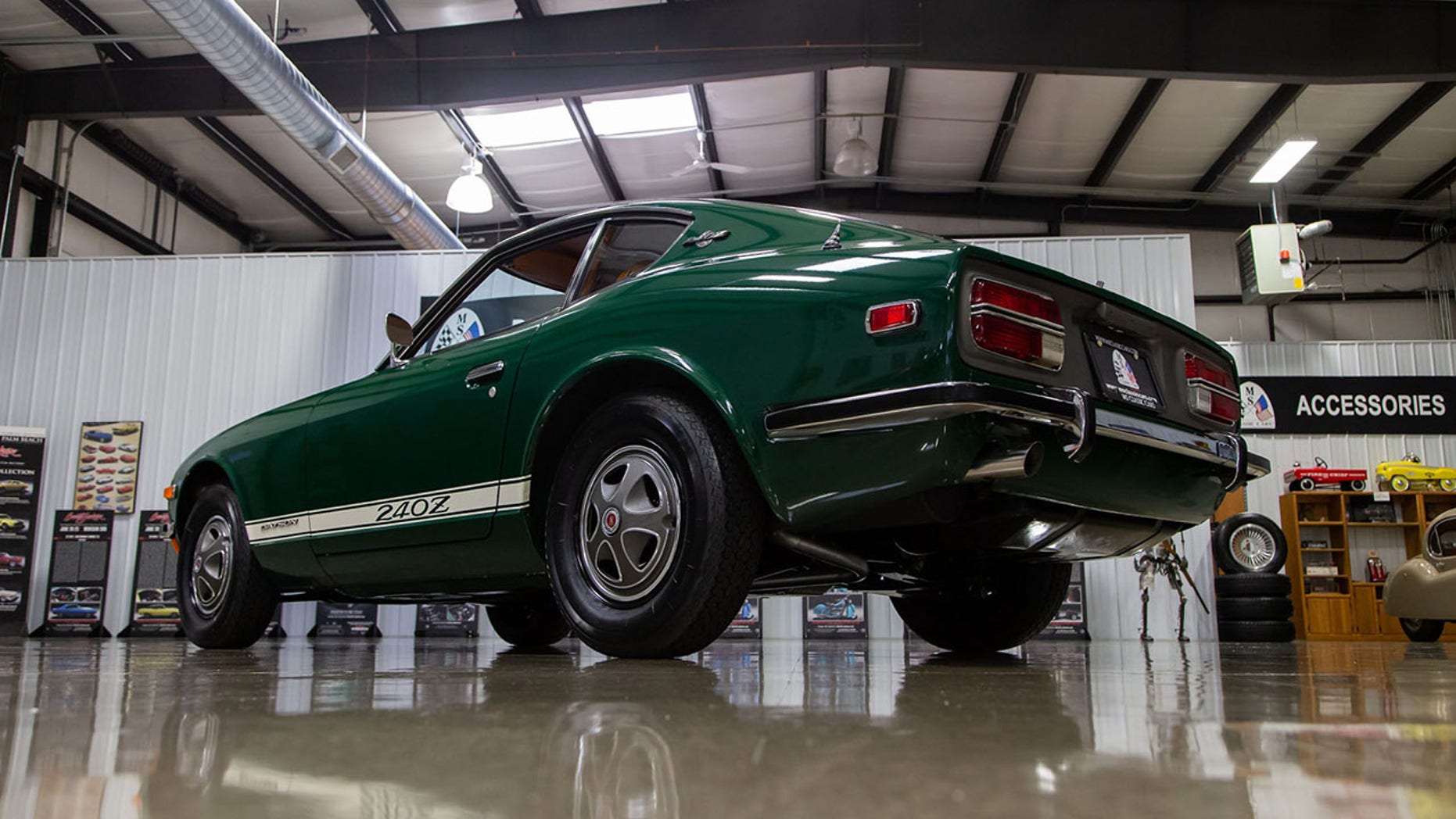 The price was the most ever paid for the model on the auction website, breaking the record by a mile of $124,240 set in June 2019. 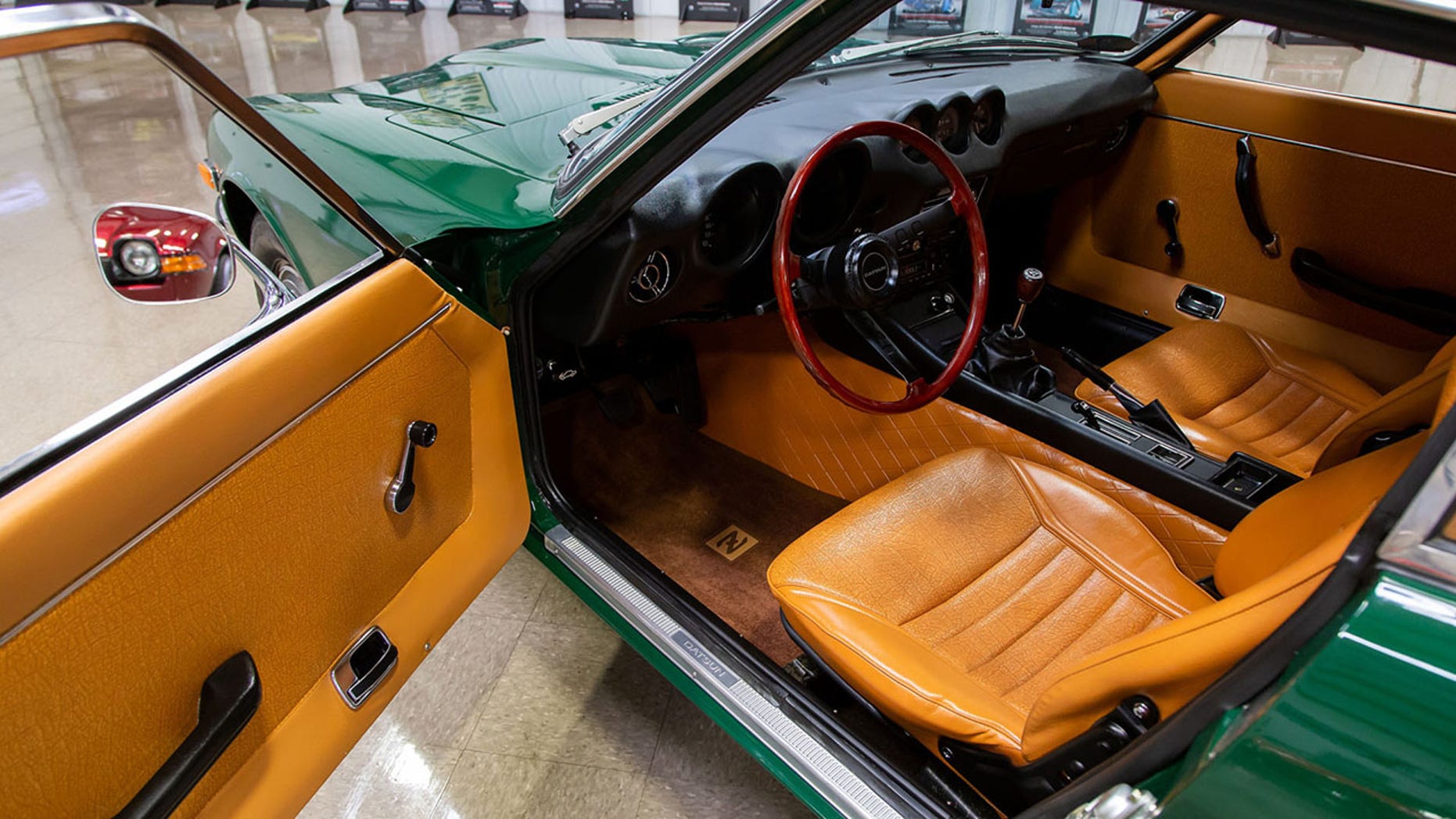 The Racing Green coupe was bought new for $3757 by a Datsun dealer and stayed with the family until his son passed away last year. It still maintains its factory-installed inline-6-cylinder engine, four-speed manual transmission and brown leather interior. The only major modification was the electronic ignition system installed by the dealer who got it from the family and offered it for auction. 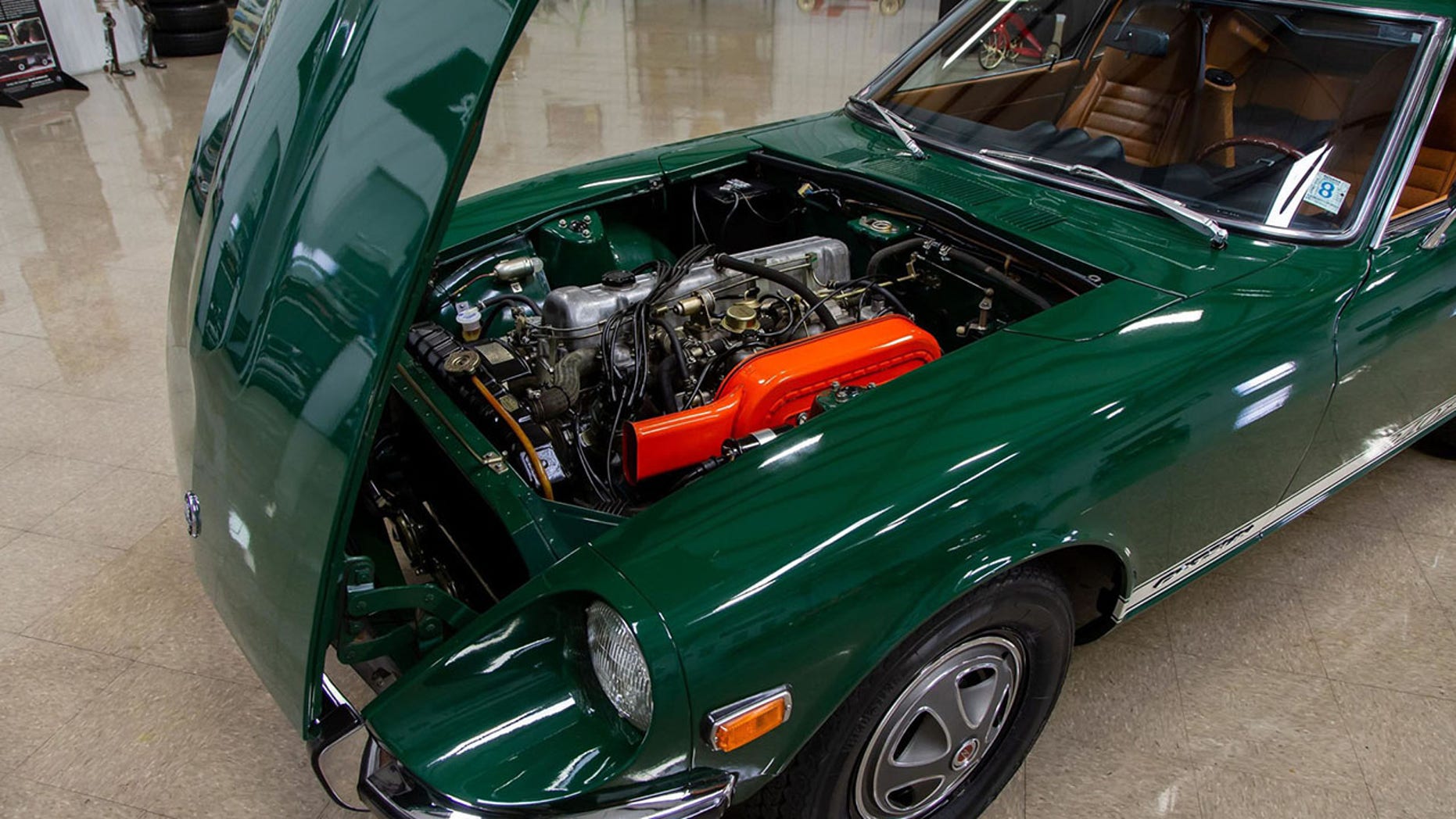 Even though there is only 21,750 miles on the odometer, it has been thoroughly maintained and Hagerty insurance valuation information analyst James Hewitt says it’s “the most original Datsun 240Z in existence.” However, concours-restored versions have an average sale price around $60,000, so the market values for first-generation 240Zs seems to be going up. 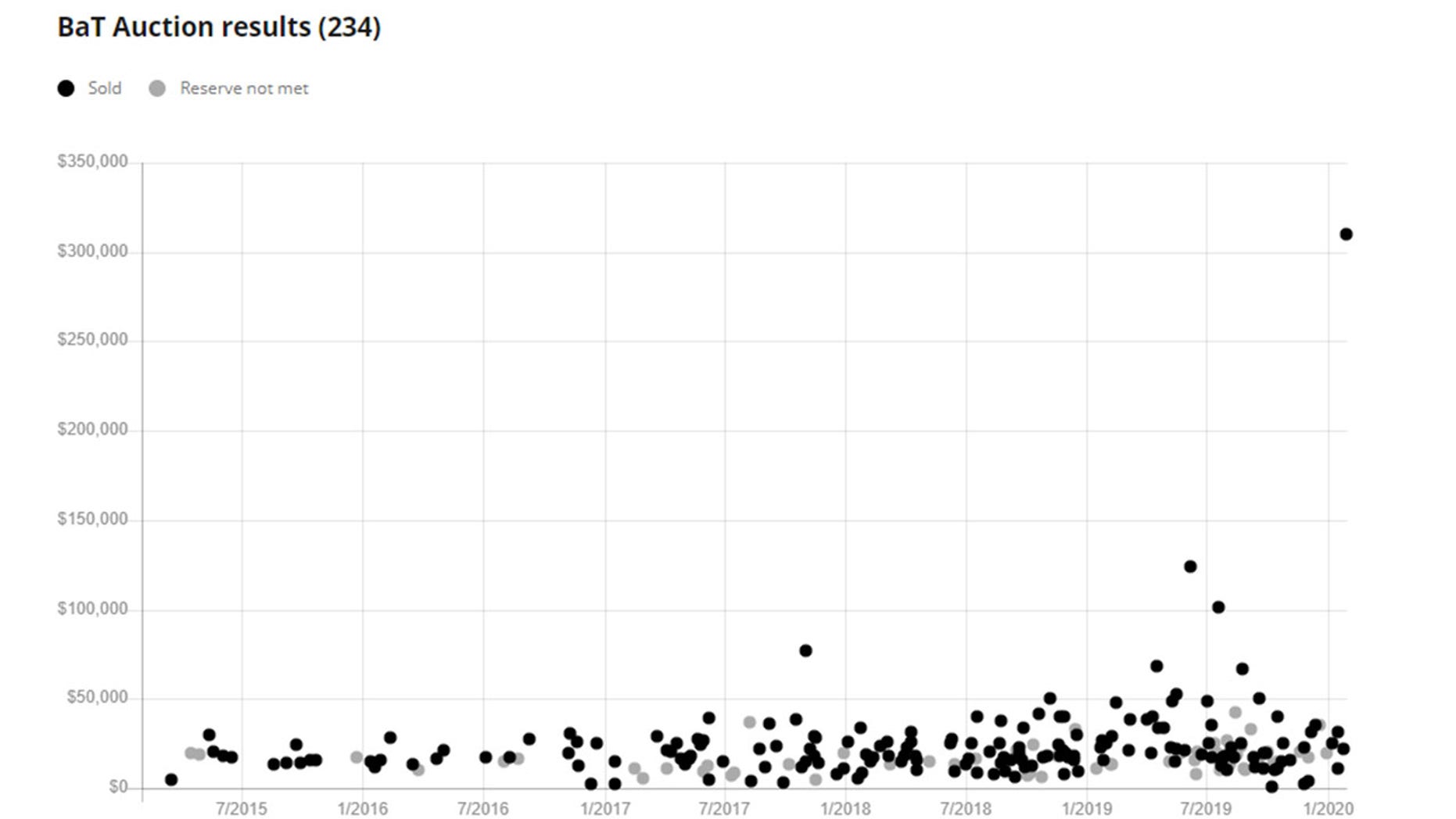 “Early production examples, low miles survivors, and unrestored cars all seem to really motivate bidders on our site, and this one just had that special extra appeal for a handful of BaT buyers,“ Bring A Trailer CEO Randy Nonnenberg told Hagerty.