X marks the spot … where to start.

A series of maps has been created that show the last-known location of 20 of the world’s most famous missing cars, which have an estimated value of $200 million or more.

Select Car Leasing compiled the charts, and would likely be happy to provide financing for the purchase of any of the vehicles, if they are ever found.

The list includes one of James Bond’s Aston Martin DB5s that was featured in “Goldfinger.” It was stolen from a hangar at an airport in Boca Raton, Fla., in 1997 and never seen again. A sister car also used in the film was sold in 2010 for $4.6 million. 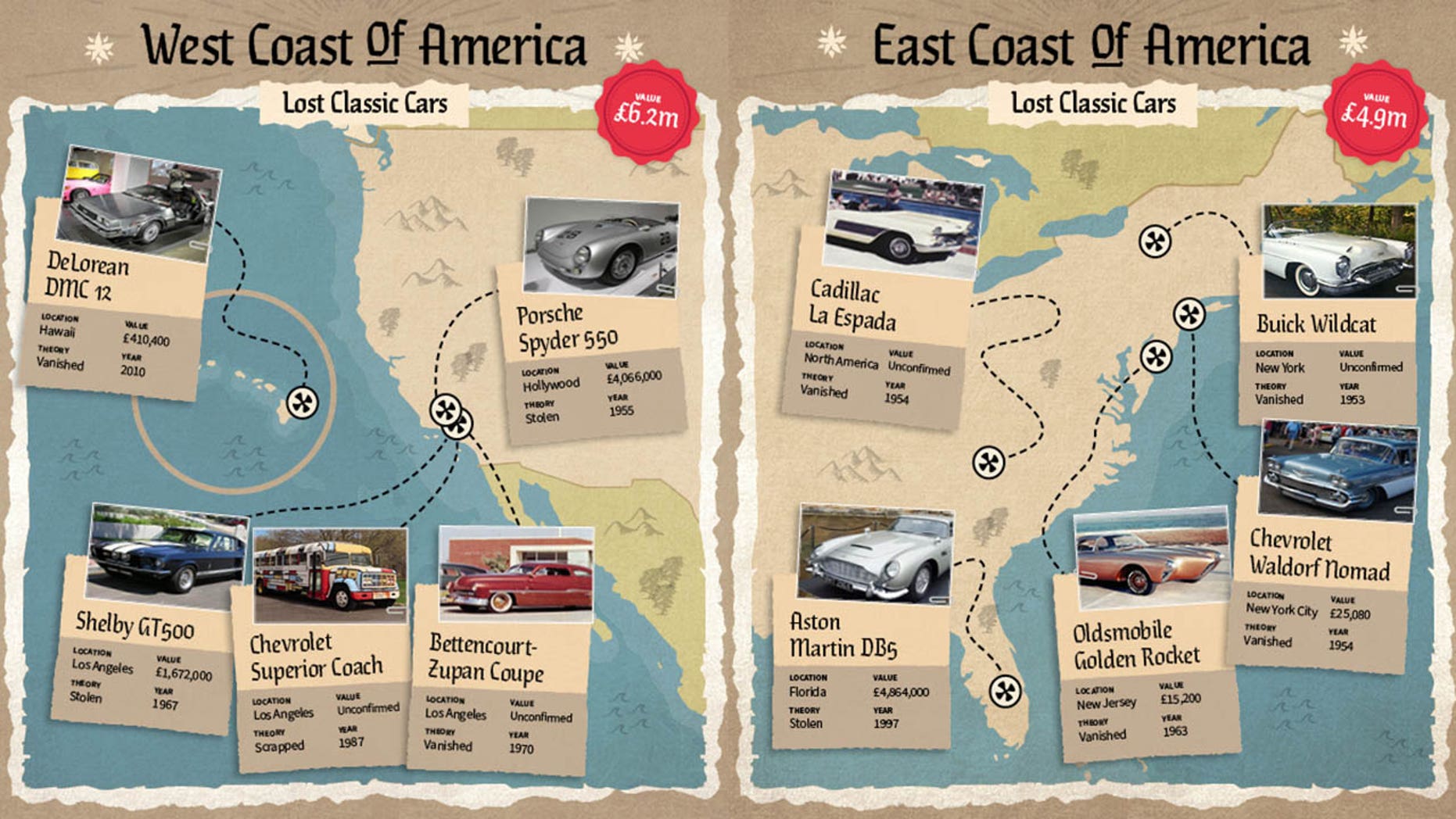 There’s also the wreckage of the 1955 Porsche 550 Spyder that James Dean died in. It went missing as it was being shipped to famed car customizer George Barris’ garage in Hollywood in 1960 and might sell for $5 million or more today. 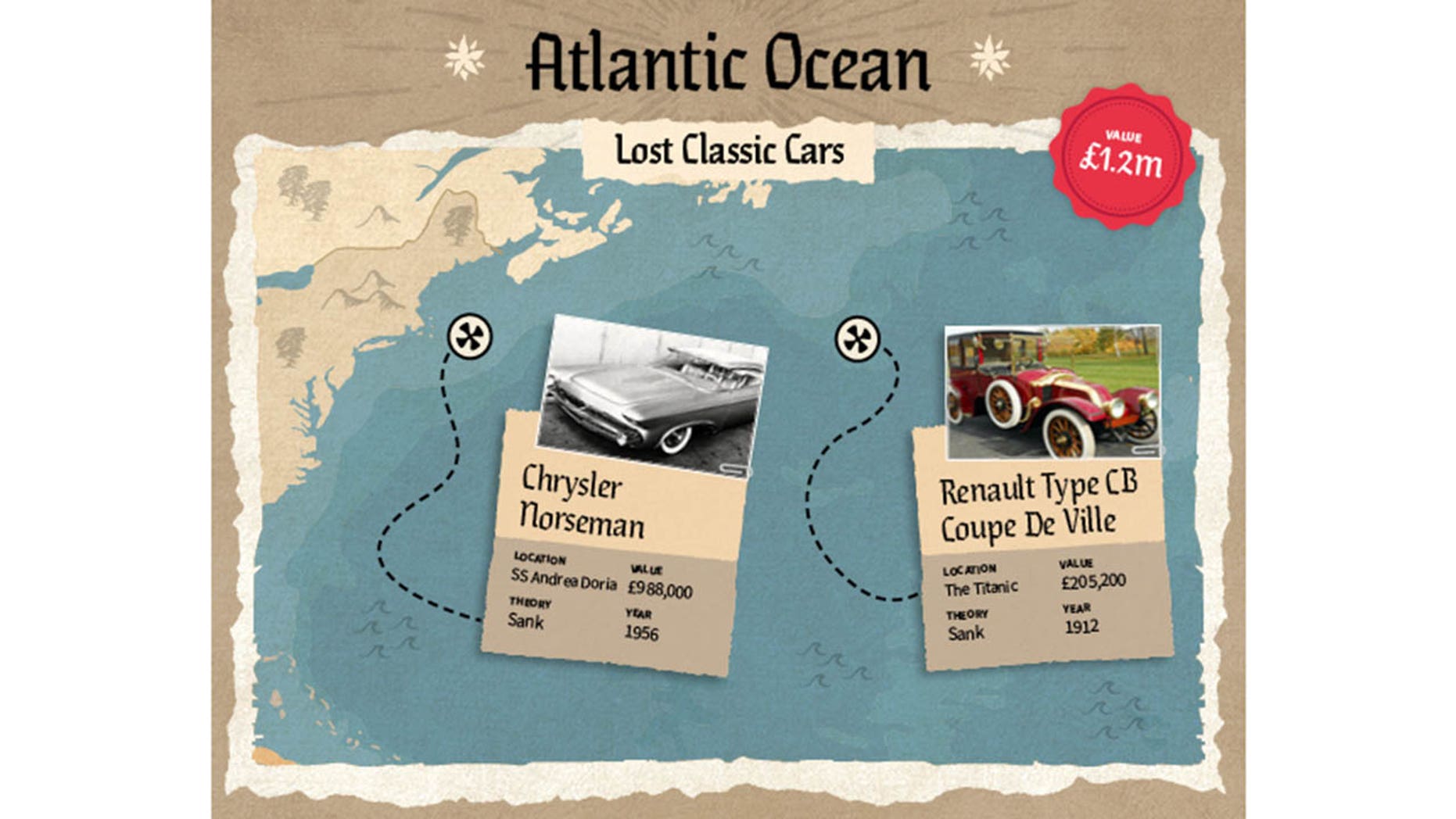 Easier to locate, but much harder to recover are a Chrysler Norman that went down with the Andrea Doria in 1956 and a Renault Type CB Coupe De Ville that was aboard the Titanic, which lies two and a half miles below the surface of the Atlantic. Their estimated values are $1.25 million and $250,000 today.

Much higher on the price list is a Duesenberg SJ-506 that was left behind in Algeria by its car racing owner Emile Beghain, who fled the country’s civil war in 1962. Another Model J became the most-expensive American car ever sold when it was auctioned for $22 million in 2018. Beghain’s car would likely command a similar price if it ever surfaced in good condition. 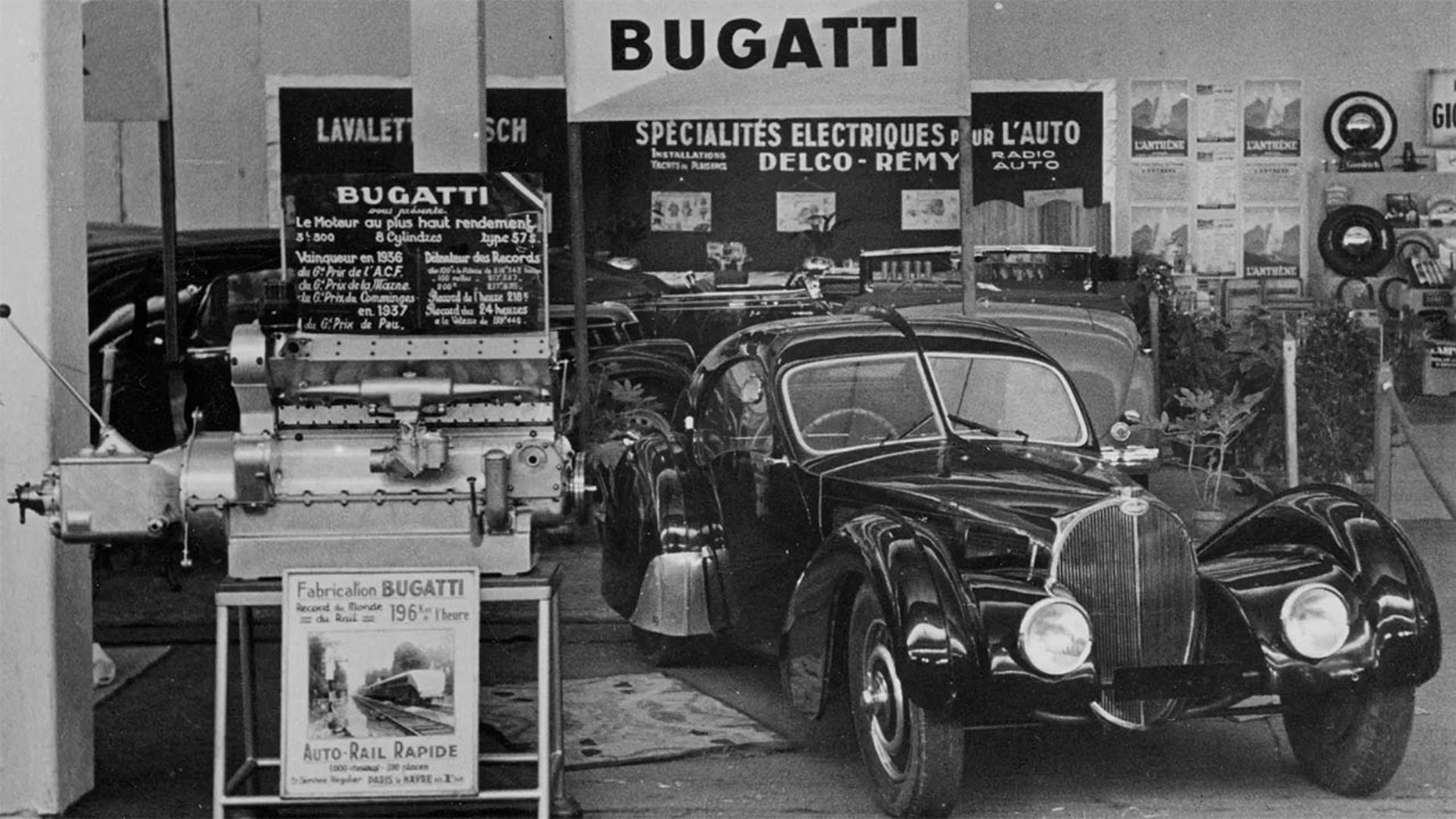 However, the biggest mystery and prize is the Bugatti Type 57 SC Atlantic that was last seen at the company’s headquarters in Mosheim, France, in 1938 and thought to have been shipped to Bordeaux for safekeeping as the Nazis invaded the country. Only four were produced and La Voiture Noire – the black car, as it is known – is estimated to be worth $100 million if someone finds it parked in a French barn, or anywhere else, one day.

And while we’re not suggesting that you venture into the Sahara or dive the ocean depths, you never know what might show up. One of the Ford Mustangs used to make the Steve McQueen film “Bullitt” was discovered rotting away in a junkyard in 2017, while a long-sought Mustang Shelby GT500 showed up in a Texas field the following year.

CLICK HERE FOR MORE INFO ON THE LOST CARS