A 1920 Hupmobile Helped Create The NFL The NFL was founded with the assistance of a 1920 Hupmobile. So there they were, 15 men ready to inaugurate the 10 charter teams of the National Football League in 1920. They got together in Ralph Hay’s car showroom in Canton, Ohio, and got down to business. Except there was one problem: There weren’t enough chairs for everyone to sit in.

A few of the new owners of NFL franchises instead sat on the running boards of the modest 1920 Hupmobile in Hay’s dealership. And when they were ready to sign the papers to start the league, they leaned on the hood of the car to finish up.

While the fate of that actual Hupmobile (some have compared the quality to the Nash Rambler) isn’t known, another vehicle model has become something of a mascot for the Pro Football Hall of Fame.

“It serves two purposes,” said Joe Horrigan, the executive director of the Pro Football Hall Of Fame. “We’ve had it displayed as a temporary exhibit for a couple of years, so it was the first thing visitors saw when they entered the Hall of Fame. We’d have a video story with it explaining why Canton is the site of the hall.”

“Also it’s there for the first play of the induction weekend; we do a symbolic start,” he said. “We’ll have a human chain of kids from underserved neighborhoods line the street from downtown Canton and they pass a football the 2 1-2 miles to the steps of the Hall of Fame. Later (in the week) it starts the parade with the Hall of Famers (on induction day). It’s like the grand master of the parade.” 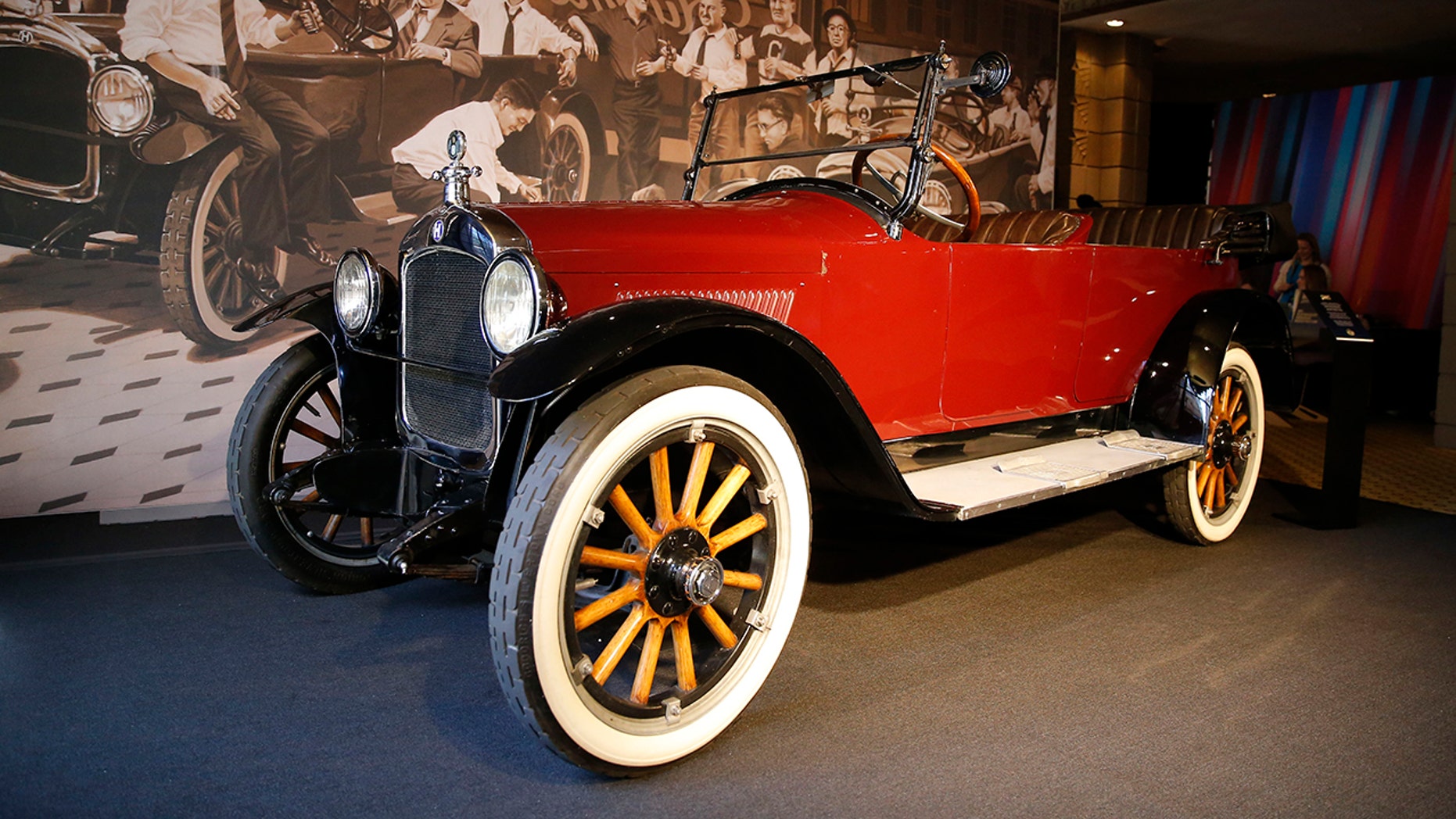 The Hupmobile has had passengers such as Hall of Fame President/CEO David Baker and Hall of Famers Ron Yary and Paul Krause, as well as others.

The car currently resides at the Canton Classic Car Museum. There simply wasn’t enough room at the Hall Of Fame. It took an hour to get it in and out of the doors. Horrigan said there was no way they were going to store it with other crucial artifacts that aren’t always on display to the public. So the “Hup” went to the museum, whose director originally had helped the Hall Of Fame find the car in upstate New York to purchase it.

Gary Hussar of the museum is presently the “cartaker.”

“I am the keeper of the keys,” he said with a laugh, looking respectfully at the red bodywork and impressive grille.

“It only goes on the streets, no highway.”

During the NFL owners meetings in Phoenix, AZ, he gave a breakdown of the memorable vehicle which features:

—a convertible top that opens and closes by hand;

—no side windows, making it a touring car;

—old-fashioned brakes with no hydraulics.

“But it stops well,” Hussar explained, noting the car’s max speed is 35 mph.

“The engine has been restored,” Hussar added. “The electrics have been upgraded; it didn’t have a fuel pump so an electronic fuel pump was added.”

Asked the biggest hurdle driving the 1920 Hupmobile, Hussar smiled widely and mentioned he’s in charge of driving it into its display areas.

Yet there’s no scratches on this old classic.

It’s very likely the Hupmobile will have a major role in the Centennial Celebration the Hall of Fame is planning in September 2020. Maybe someone will sit on the running boards.