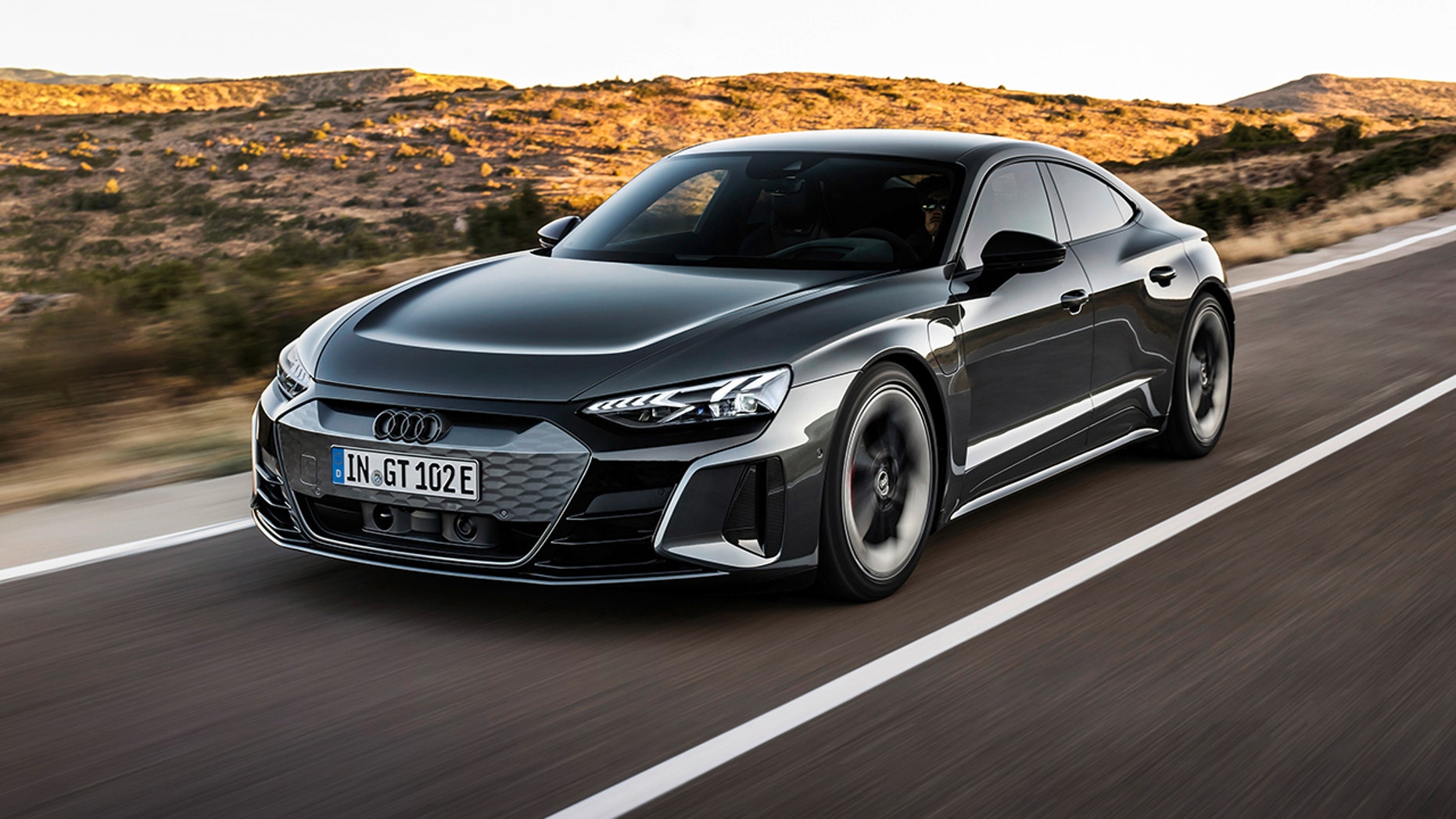 Audi announced the production version of the all-electric sports sedan on Tuesday with impressive performance specs.

The sleek 4-door shares its platform and technology with the Porsche Taycan and a similar competitor to its VW Group-owned cousin, along with the Tesla Model S. 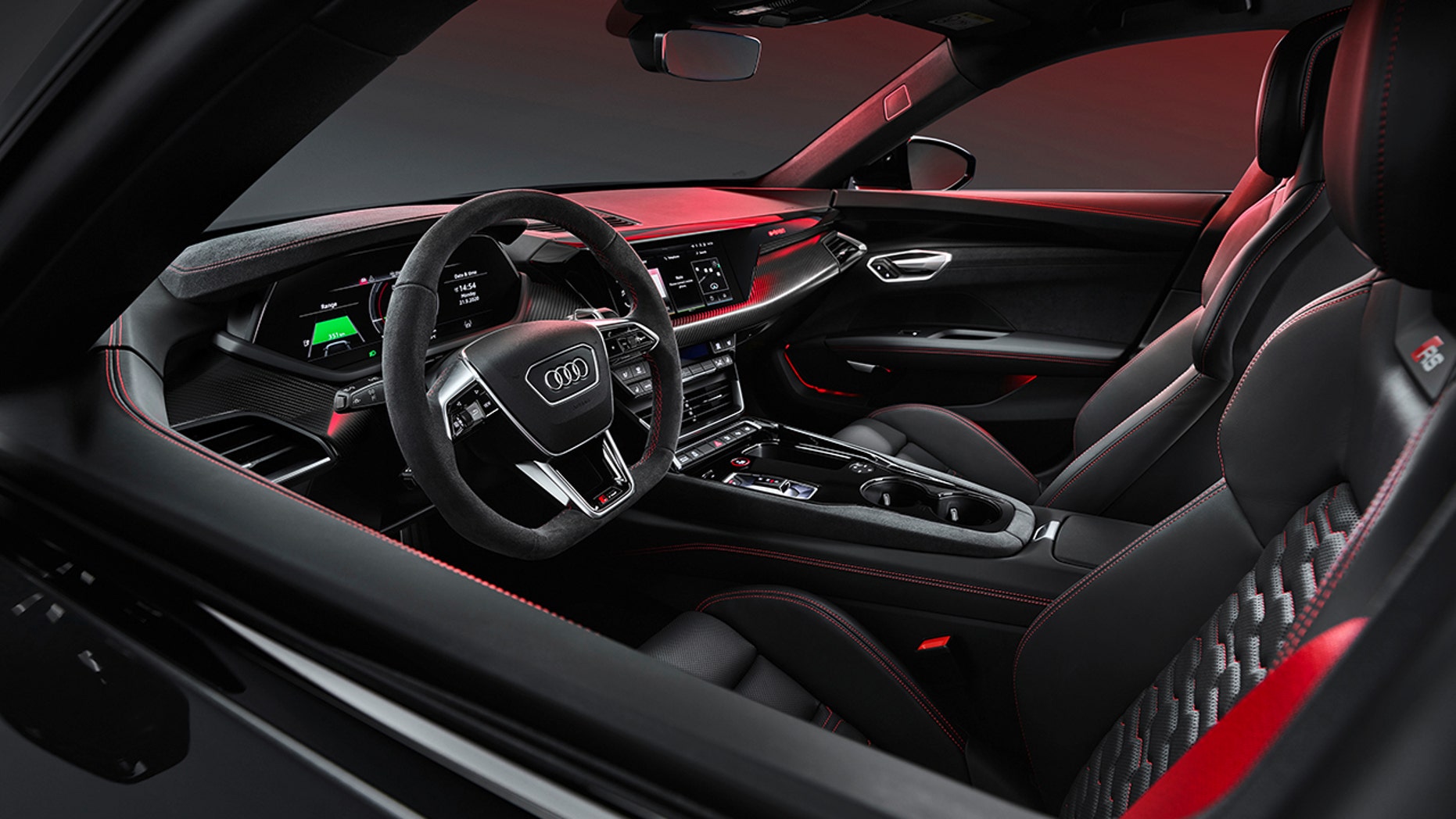 The e-tron GT comes standard with an all-wheel-drive powertrain rated at 469 HP that can provide 522 HP in 2 and a half second bursts of acceleration. A higher-performance RS e-tron GT is also available with 590/637 HP that can go to 60 MPH in 3.1 seconds and reach an electronically-limited top speed of 155 MPH.

The e-Tron GT comes standard with an adjustable air suspension system that can raise or lower the vehicle and a four-wheel steering system to improve maneuverability and handling is available and standard on the RS.

Both use a 93.4 kWh lithium-ion battery pack that goes 238 miles per charge in the regular GT and 232 miles in the RS and have the capability of being recharged to 80 percent in 22 and a half minutes at one of the most powerful public 270 kW DC fast-charging stations. Both ranges are better than the Taycan’s best, but lag behind the Model S, which can go 390-412 miles per charge, depending on the trim. 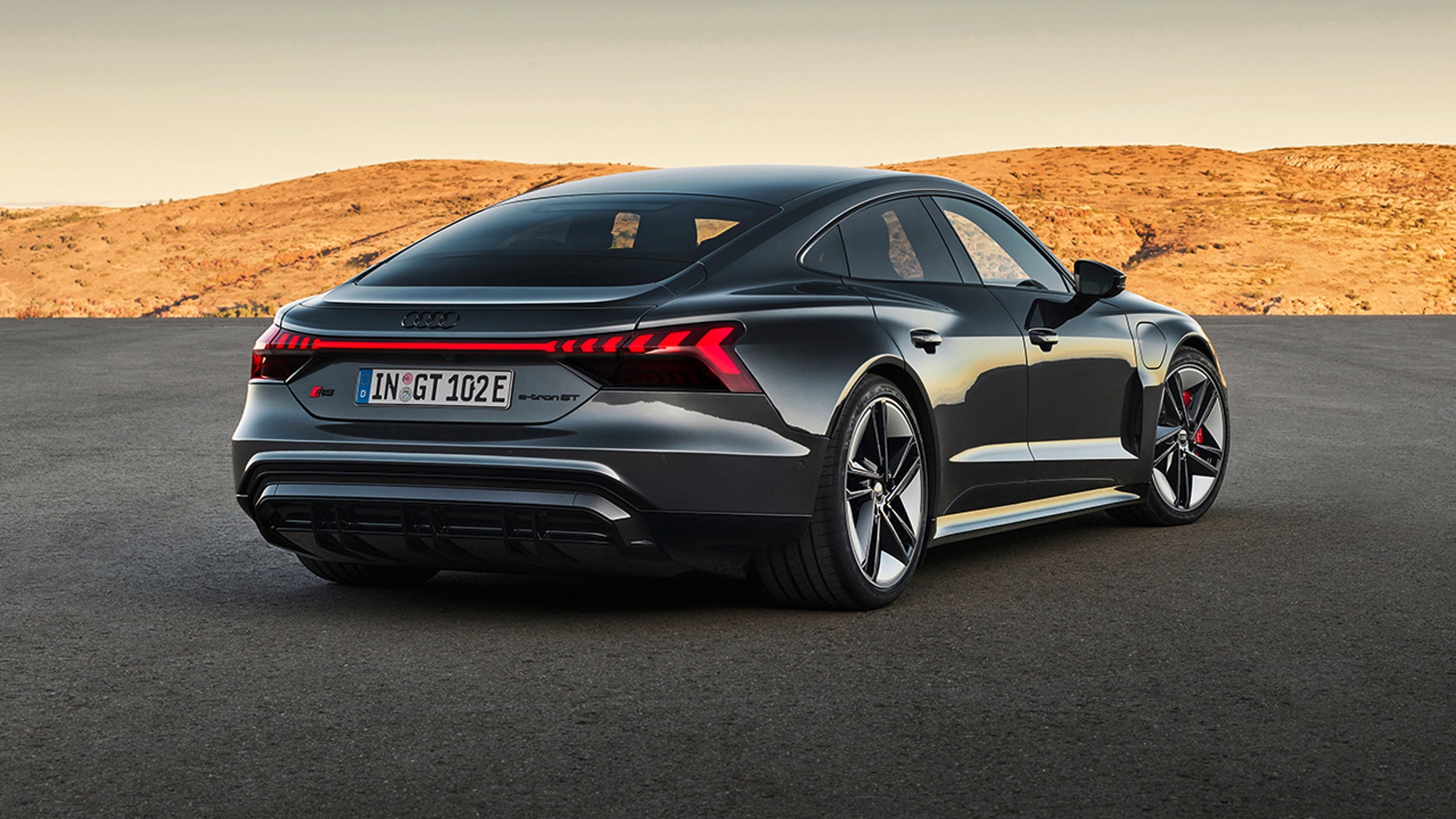 When they go on sale this summer, prices for the e-tron GT will start at $100,945 and $140,945 for the RS model. Audi currently has available the electric e-tron SUV and e-tron Sportback SUV and sold a combined 7,202 last year.