Barrett-Jackson in Arizona offers affordable cars, classics, and rarities. Those who like horses go the Kentucky Derby. Clothing trend-setters go to Fashion Week in Paris. People who love cars head to Barrett-Jackson.

The event each year in Scottsdale gets some 300,000 enthusiasts of classic and collectible cars. Some are affordable, most are not, but buyers don’t have to be a millionaire to get in the action.

Lisa Vecchi of Minneapolis located her dream car just inside the front door. “Right over here, this is the one I want,” she said. “The white Corvette with the red interior. It is a cool, classic design you don’t see anymore.”

Every collector has to start somewhere, and like any other investment, price is determined by supply and demand. Fox News asked owner Craig Jackson where the market is heading and how the average car lover could get in for $10,000 to $30,000.

“You have to look at what people who are now coming into disposable income grew up wanting and grew up around,” Jackson said. “And, it doesn’t have to be a two-seat roadster. It can be what they wanted or couldn’t afford. Look at the demographics, then look at what car was hot when they were growing up. Usually within that group, there are sleeper cars that haven’t been picked up yet.”

So, the market for pre-1960 cars may be at its peak. Baby boomers, once having disposable income from their prime earning years, are now entering retirement, with many getting frugal with savings and worried about health care.

On a different note, many young buyers, raised on films like “Fast & Furious,” have been looking for the cars of their youth, suggesting a stronger, growing market for 1980s and early-1990s vehicles.

Without naming individual vehicles, Jackson suggested two groups he’s expecting to appreciate: the Japanese cars in the 1970s and 1980s, and cars with stick shifts, or manual transmissions. Another suggestion for collectors: Try to locate rare cars within a model group, meaning the first or last in a product line, and cars with manufacturer upgrades, such as specialty trim available only on a handful of cars or a more powerful engine.

Some under-the-radar cars that could be going higher may include Pontiac Fieros, Nissan 280, Toyota MR2s, 300 Z-cars, and AMC Gremlins and Pacers. The Barrett-Jackson auction recently auctioned off a 1997 Toyota Supra Anniversary Edition for $176,000 and a 1999, four-cylinder Acura Integra R for $63,800.

Unlike muscle cars from 1960 and 1970, which may be impossible to locate at reasonable prices, some early SUVs are starting to go up in value, including Ford Broncos and Chevy Blazers, Jackson said.

Collecting cars isn’t cheap by any means. First of all, you must have garage space, then there is restoration costs and upkeep. And, while one can not drive stocks and bonds, the lower the miles, the higher the value. So, there is always a balance between the joy of ownership and the depreciation coming with it.

“The first rule is – love what you buy,” Jackson said. “Don’t just buy what you think is going to go up in value. Buy what touches your heart.” 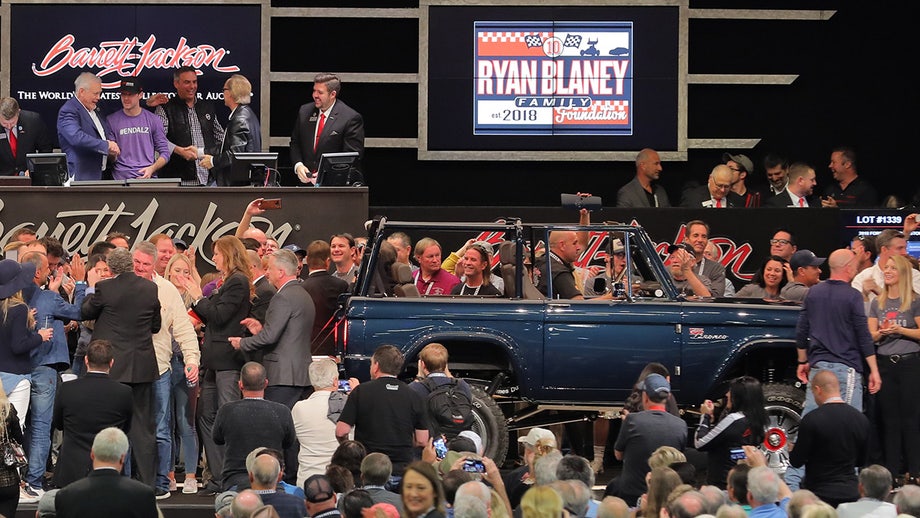 Investing in collectible cars can be wise, but there are no guarantees they’ll appreciate. It’s like buying stocks. Who knew in 1980 that the DeLorean or Google would make investors rich? Yet, that didn’t stop buyers in last week’s Scottsdale auction from trying to pick the next 1967 Camaro.

Here are some expert predictions for those hoping to get into the collector car market for less than a fortune. Let’s start with Hagerty’s, the high-end auto insurance underwriter, last three years’ recommendations.

A panel of experts hosted by American Car Collector magazine at the Barrett auction last week offered this list:

In 2015, Road and Track magazine included these models: