Big changes are coming for 007’s Aston Martin DB5 for ‘No Time to Die’ trailer. James Bond’s old car has quite a few new tricks.

In the premier trailer for the upcoming installment in the James Bond 007 film series, “No Time to Die,” Daniel Craig’s Bond takes control of the wheel of an Aston Martin DB5, as the superspy has done many times before. 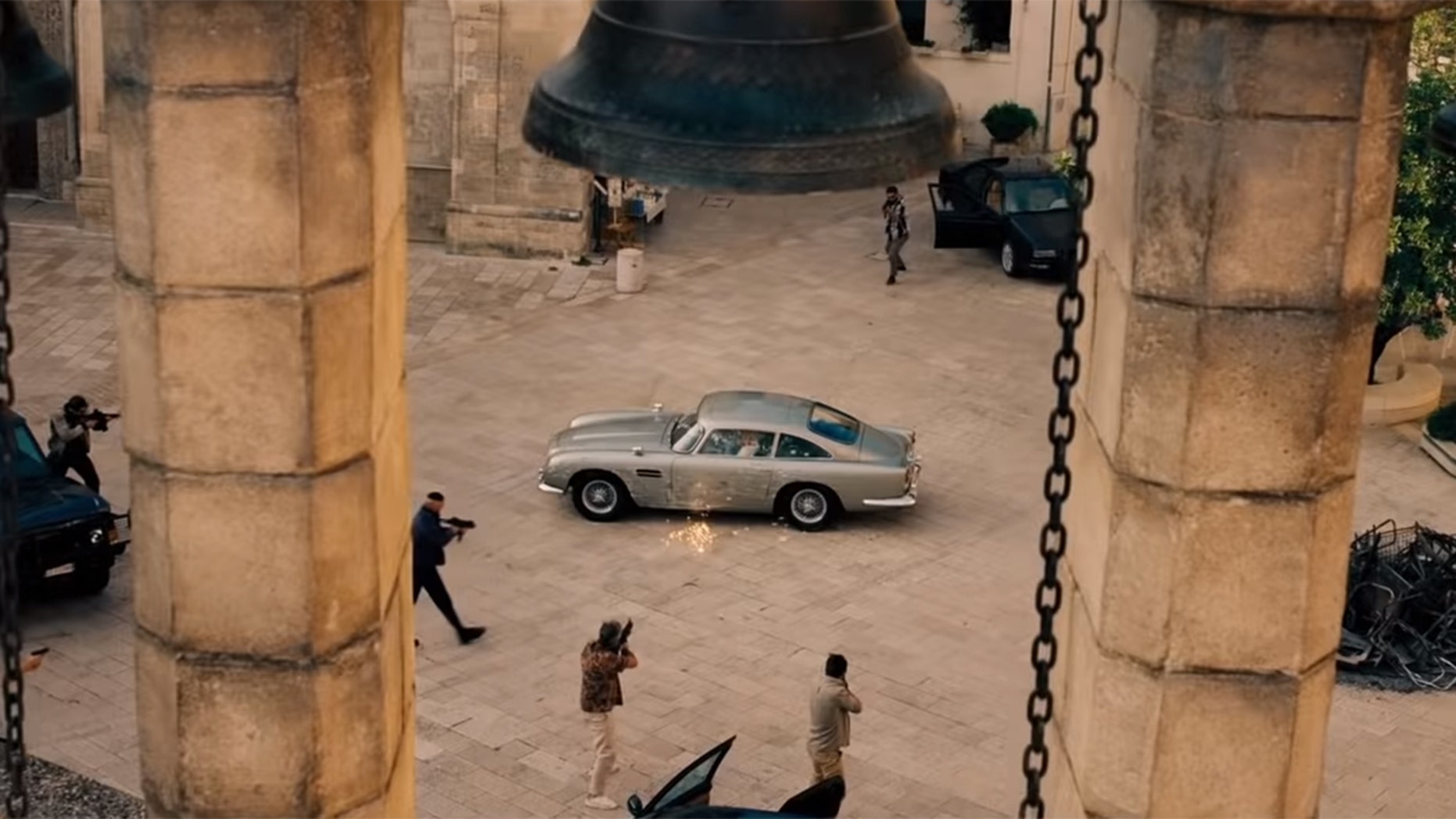 This time, Bond finds himself in an old town square encircled by machine-gun wielding bad guys blasting away at the silver coupe with little effect. 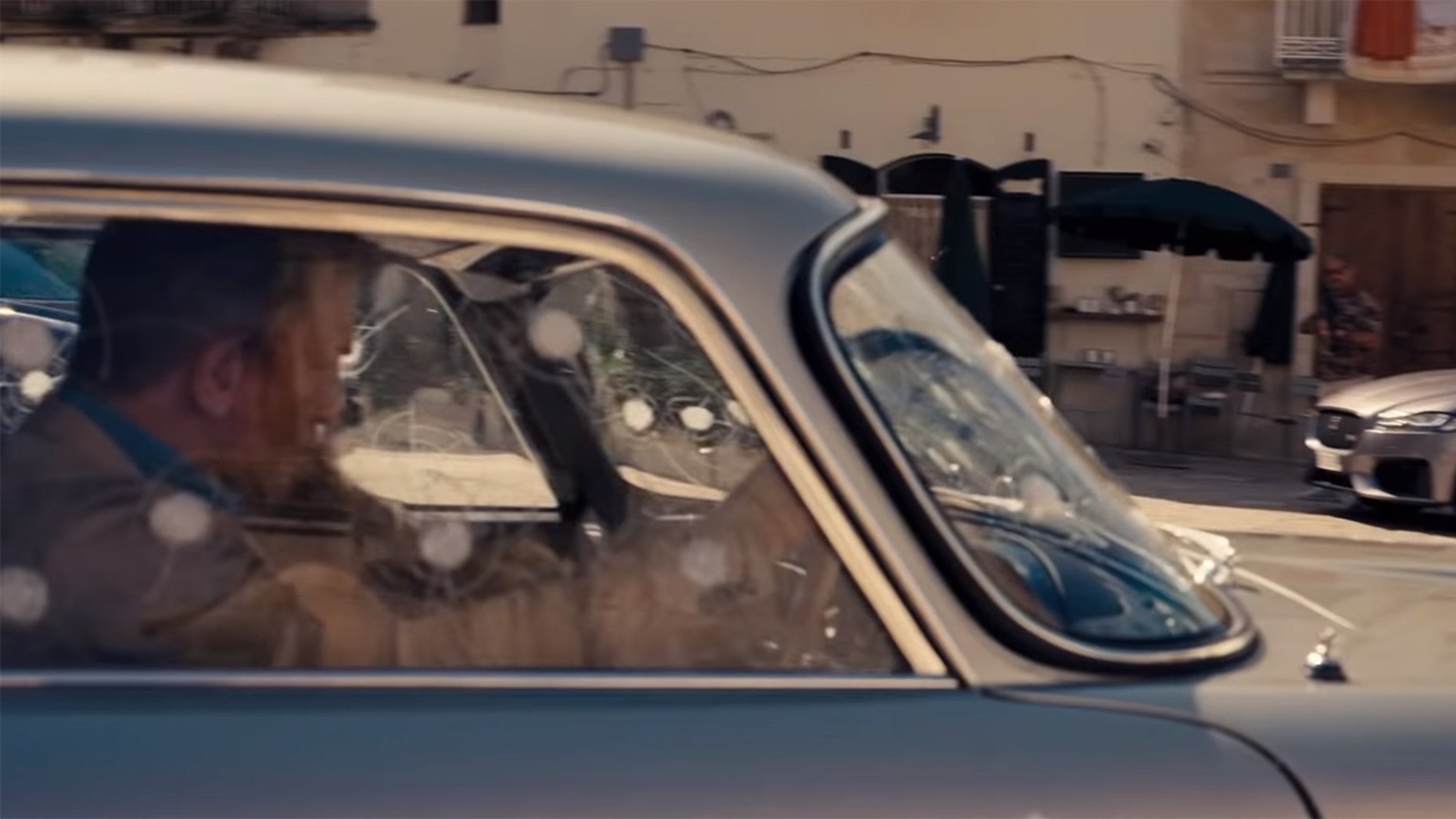 While past versions of the sports car only had a bulletproof shield that popped out of the trunk to cover the rear window, the car now looks to be fully-armored. And that’s not the only change. 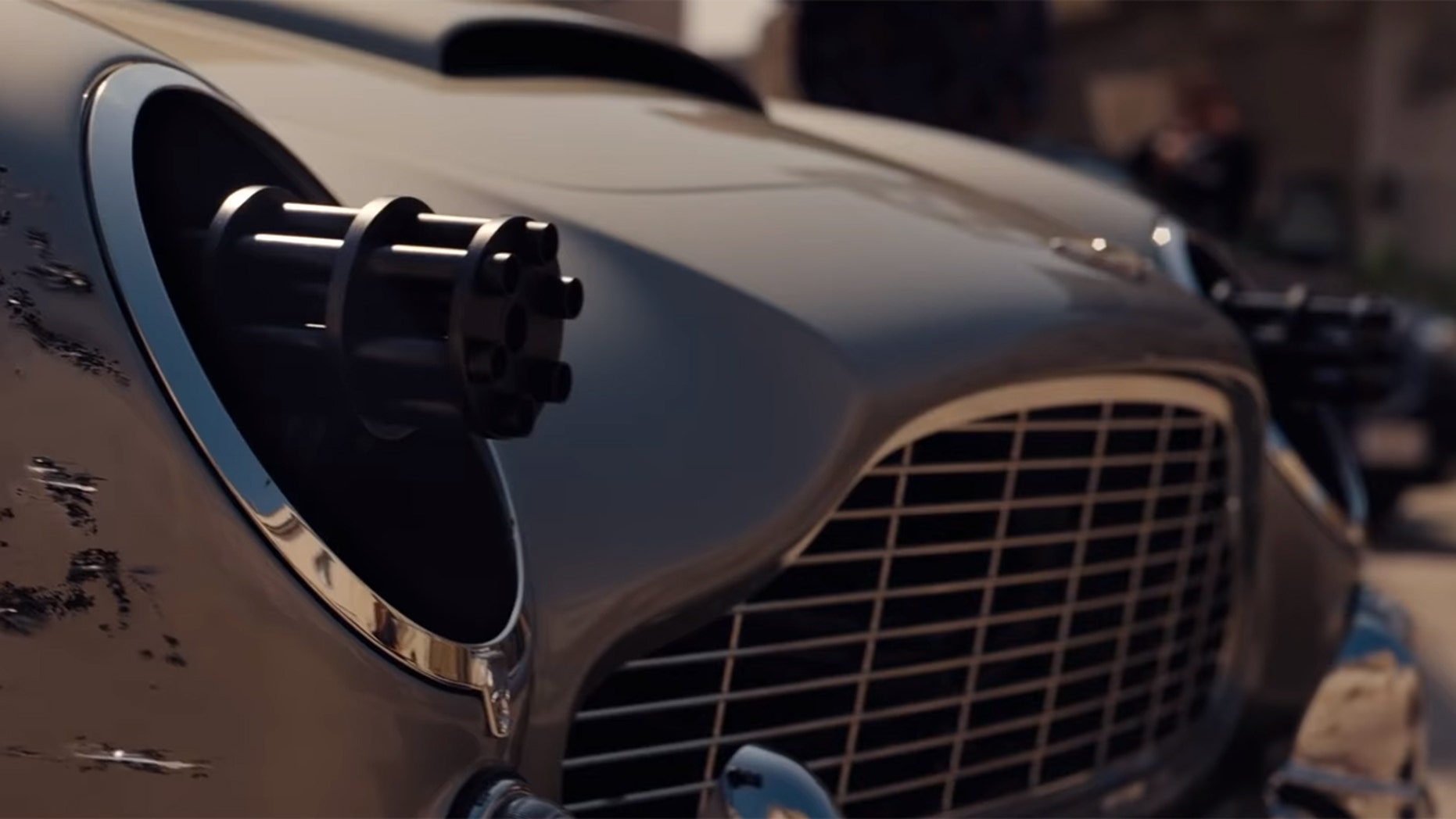 The Aston Martin DB5 (a replica that was recently sold for $6.4 million) has previously been characterized with a pair of .30 caliber single-barrel machine guns that come out from behind its front turn signals, the car now has a pair of Gattling guns hidden in the headlights for added firepower. 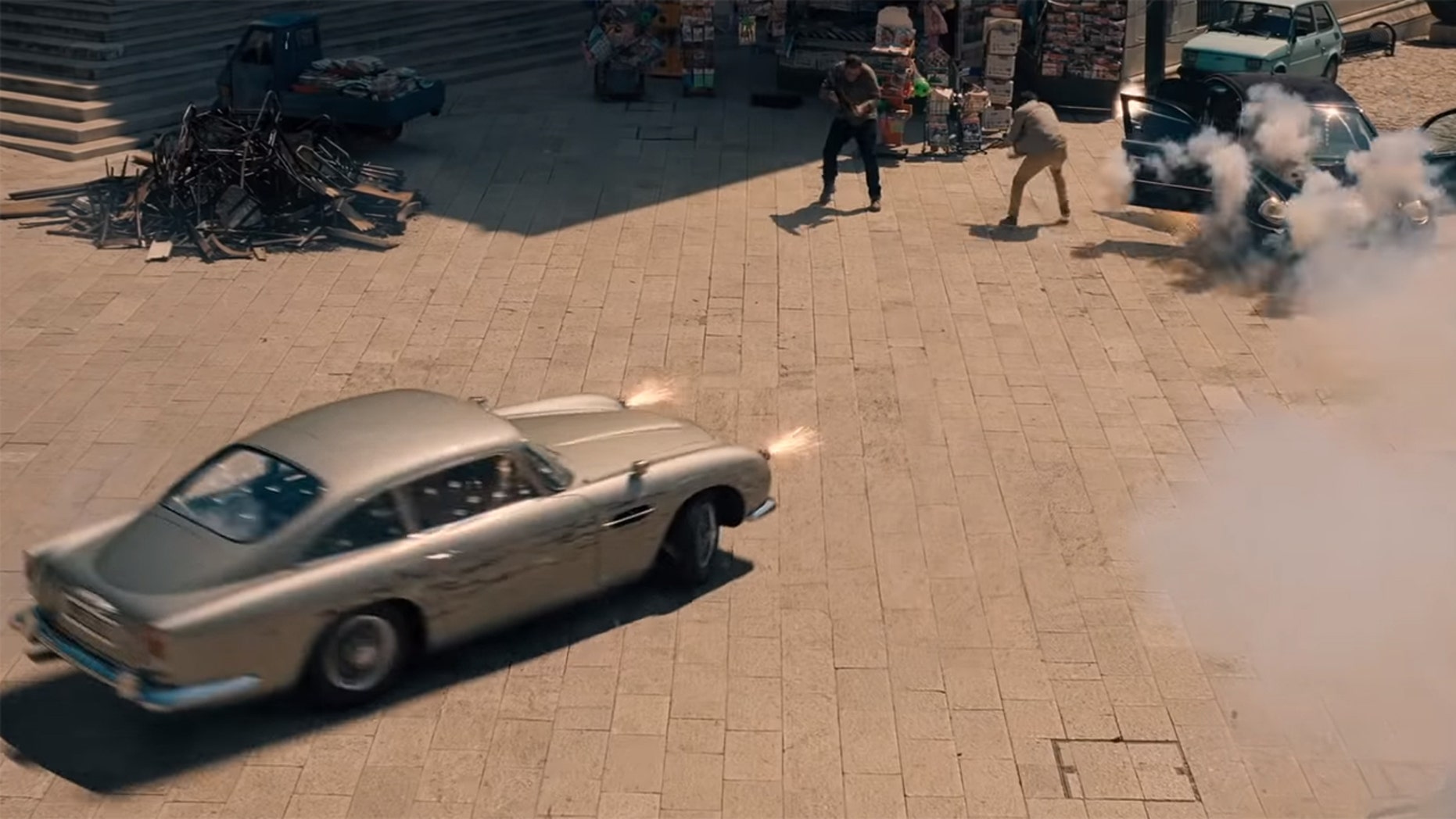 Bond makes good use of it by doing a doughnut to sweep the area clear of his attackers, but a quick look at the control panel suggests it also has a flamethrower and missiles ready to go. 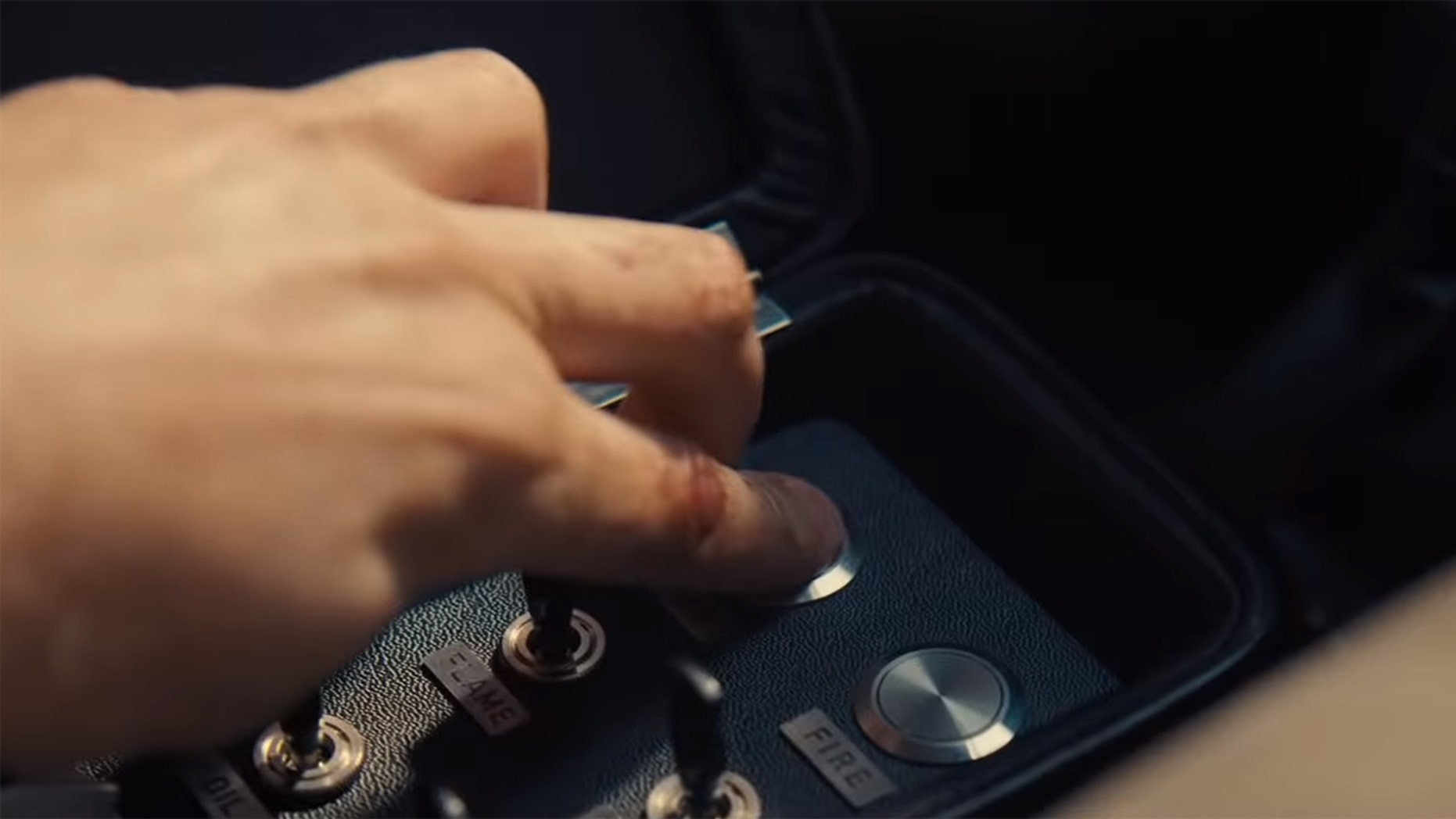