Big Red Ford turbine truck found after being lost for decades. A long-lost experimental turbine-powered Ford semi-truck has been found after more than 40 years of searching. 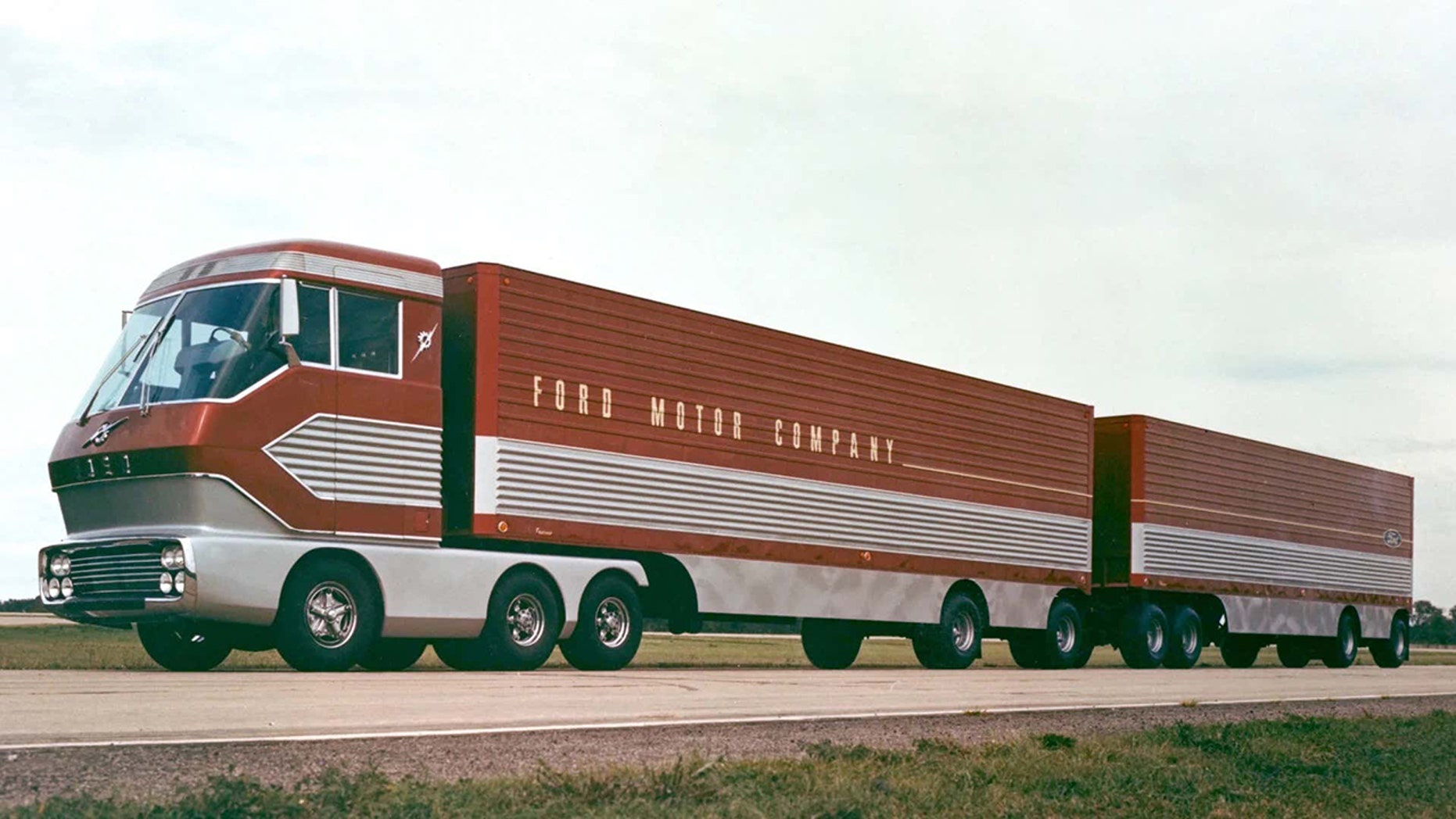 Big Red debuted at the 1964 World’s Fair in New York and was one of many turbine-powered vehicles from the era that didn’t pan out for production.

The futuristic tractor-trailer was used as a promotional vehicle for several years before ending up with the Holman-Moody NASCAR racing team in 1970.

According to The Drive, which has uncovered the where the truck is today, the vehicle was on display at a car show in Atlanta where the fluids had been drained when the driver sent to pick it up tried to start it and ruined the engine.

As it was being brought back to Detroit, the truck towing it broke down near Charlotte and Ford asked Holman-Moody, its affiliated racing team, if it could store it for a while.

Before Ford could get it, it canceled its contract with Holman-Moody and allowed the team to keep all of the Ford equipment it was currently in possession of and the team said that Big Red was included.

There wasn’t much it could do with the unique ride, though, so in the early 1980s it sold the tractor to a lifelong fan of the truck who still owns it today, but prefers to remain anonymous.

The Drive has located and spoken to him, however, and found out that the vehicle was fully restored with a later turbine obtained from an engineer who had purchased the technology from Ford, but hasn’t been driven in about 20 years. It currently stays in a custom-built garage, the location of which is unknown to all but a few people close to him.

However, he did mention to The Drive he expects to make it public one day, suggesting that it could land somewhere like The Henry Ford museum.

Big Red’s twin trailers were sold and put to use by other owners, but both remain missing.