A brief history of U.S. presidential limousines from Taft to Trump 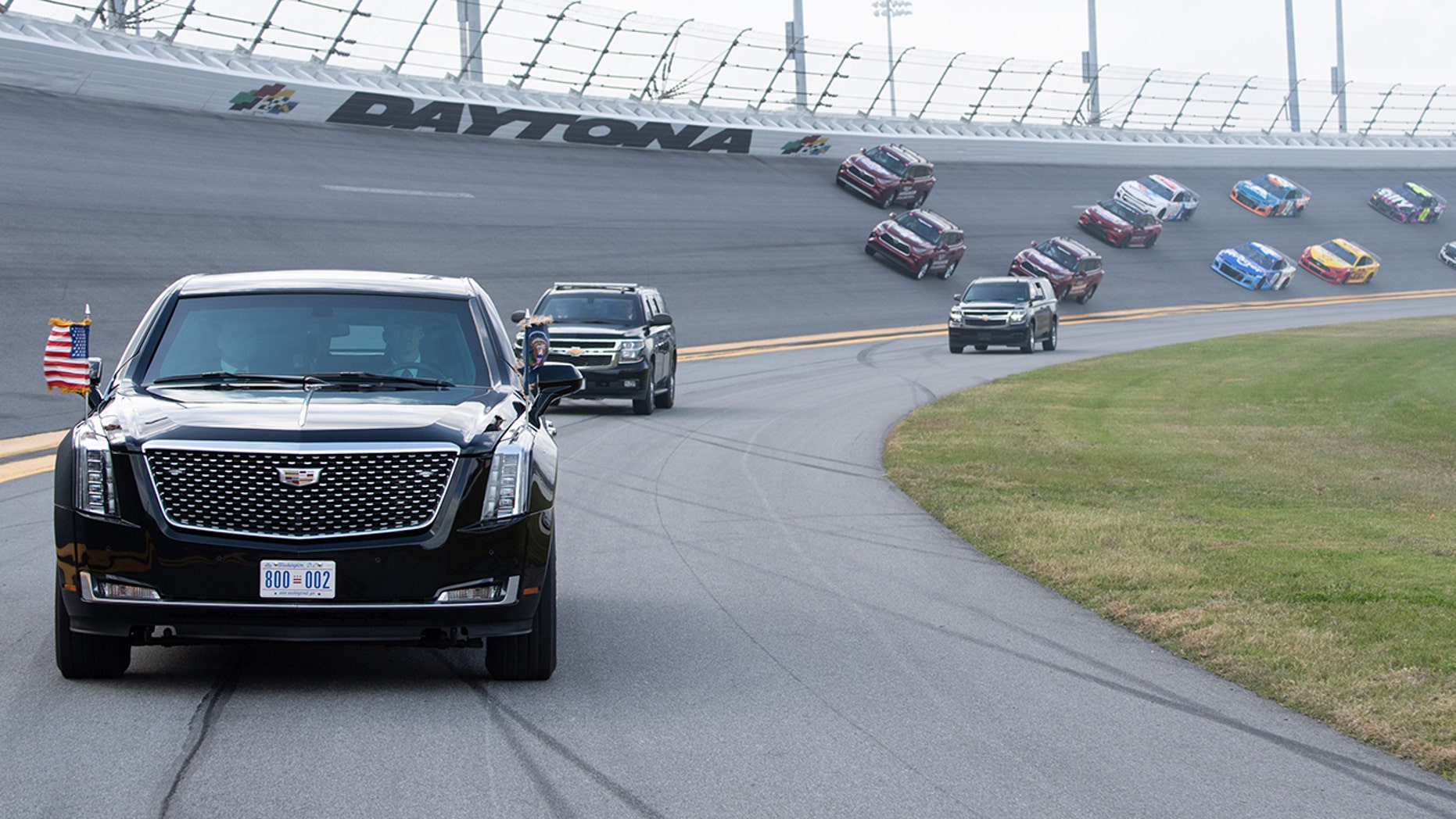 Here’s a look at some other significant moments in the 100-year history of U.S. presidential limousines. 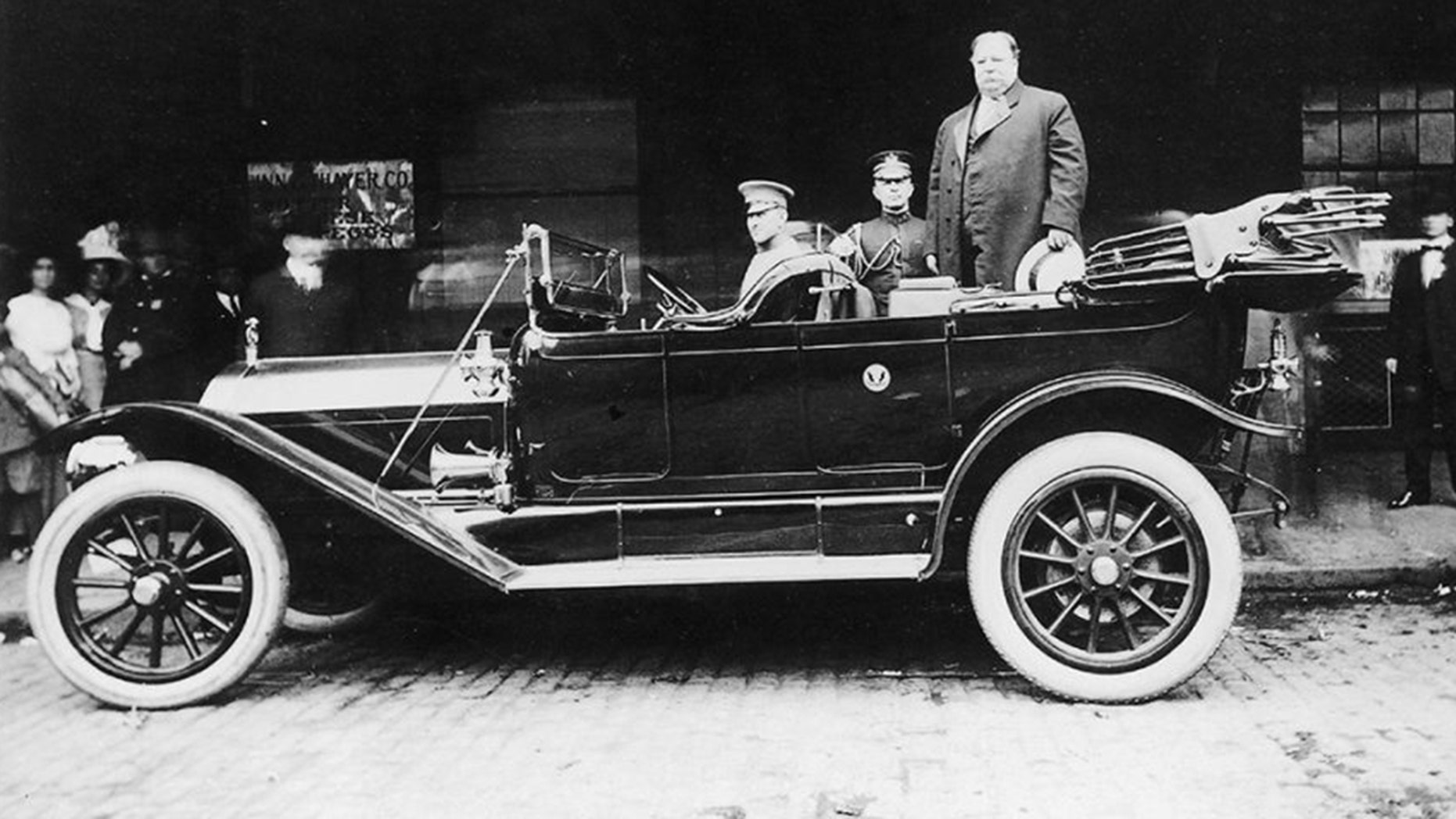 William Howard Taft was the first president to switch from horse-drawn carriages to horsepower. According to Hemmings, Congress appropriated $12,000 in 1909 for the purchase of three automobiles that included a Baker electric, a Pierce-Arrow, and a steam-powered Model M from The White Motor Company of Taft’s home state of Ohio. Taft was a huge supporter of the automobile industry and really liked the Model M. 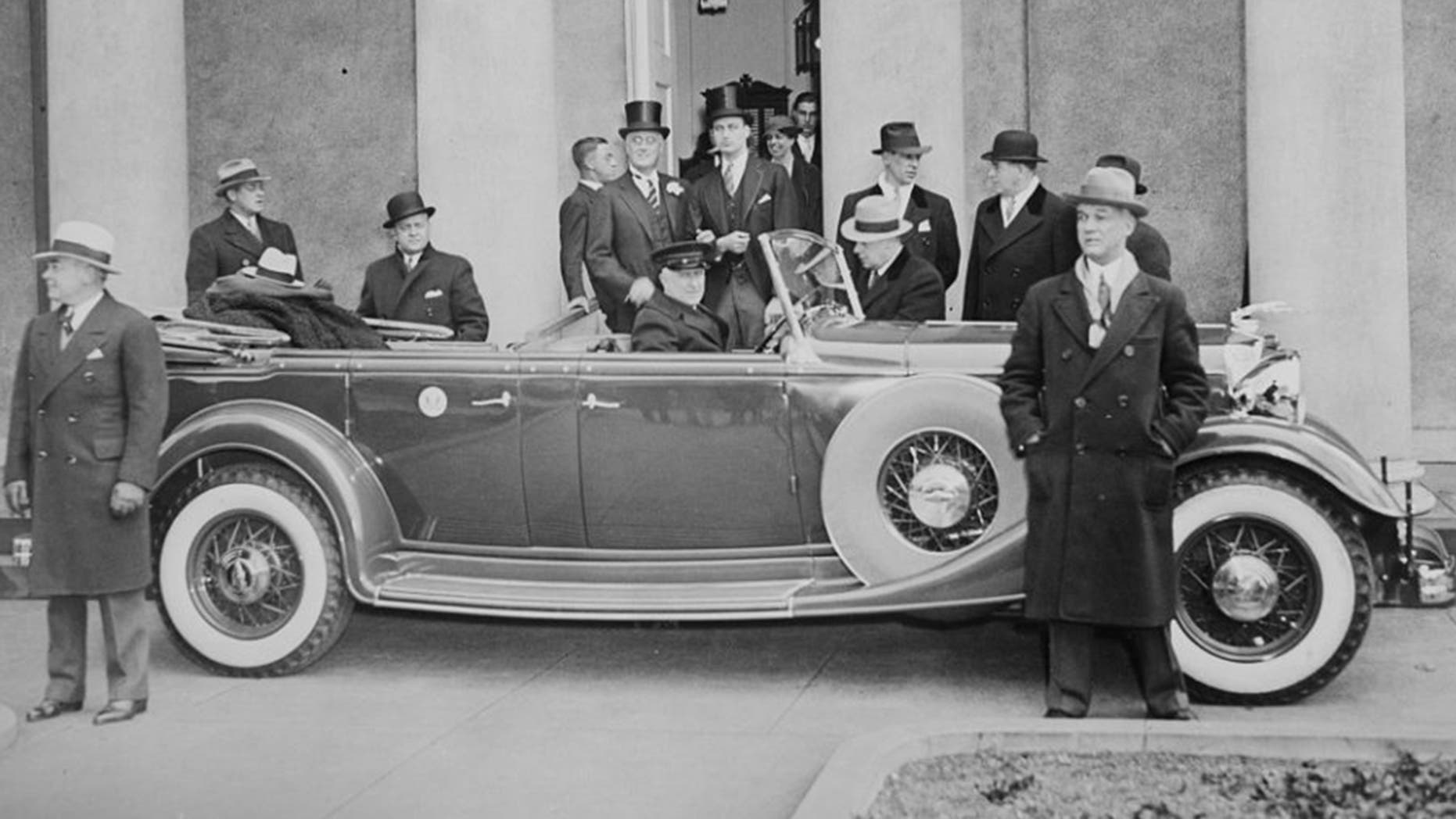 Franklin D. Roosevelt had several private cars that came with hand controls so he could drive them around his private properties in New York, despite being somewhat paralyzed due to polio infection. He was also the first president to have a car designed specifically for him when Ford built a Lincoln K Series limousine that was nicknamed The Sunshine Special. According to the White House Historical Association, it had wide doors for easy entry, rear-facing jump seats and handles for Secret Service agents to hold onto while riding on the running boards. 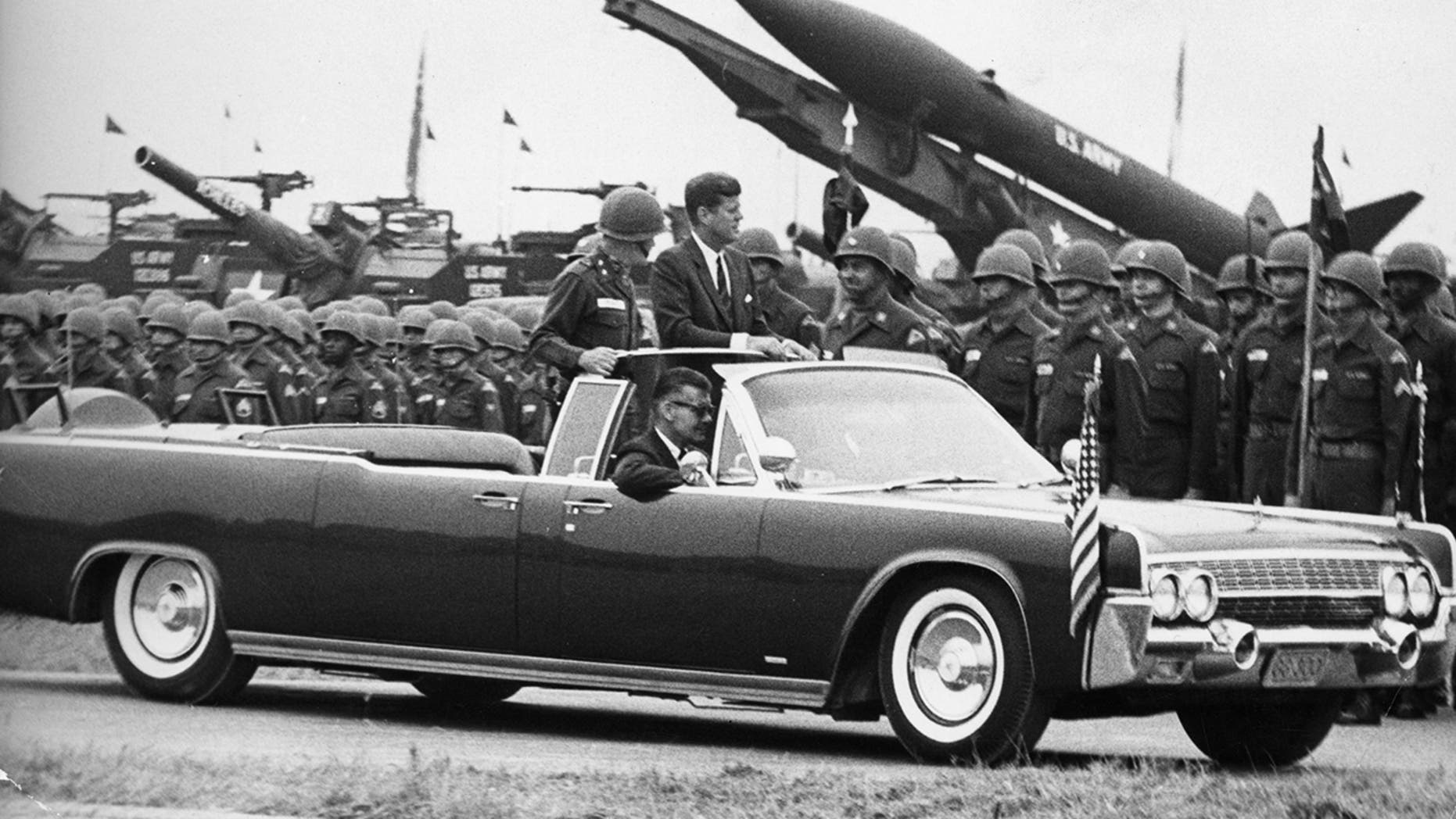 John F. Kennedy’s Lincoln Continental Convertible was probably the most stylish of the presidential cars, but wa the most infamous when he was assassinated in it while riding through Dallas on Nov. 22, 1963. Officially known as SS-100-X, the car was later reconfigured with armored bodywork, bulletproof glass, a permanent roof, and served both the Johnson and Nixon administrations before being put on display at The Henry Ford museum in Michigan, where it is today. 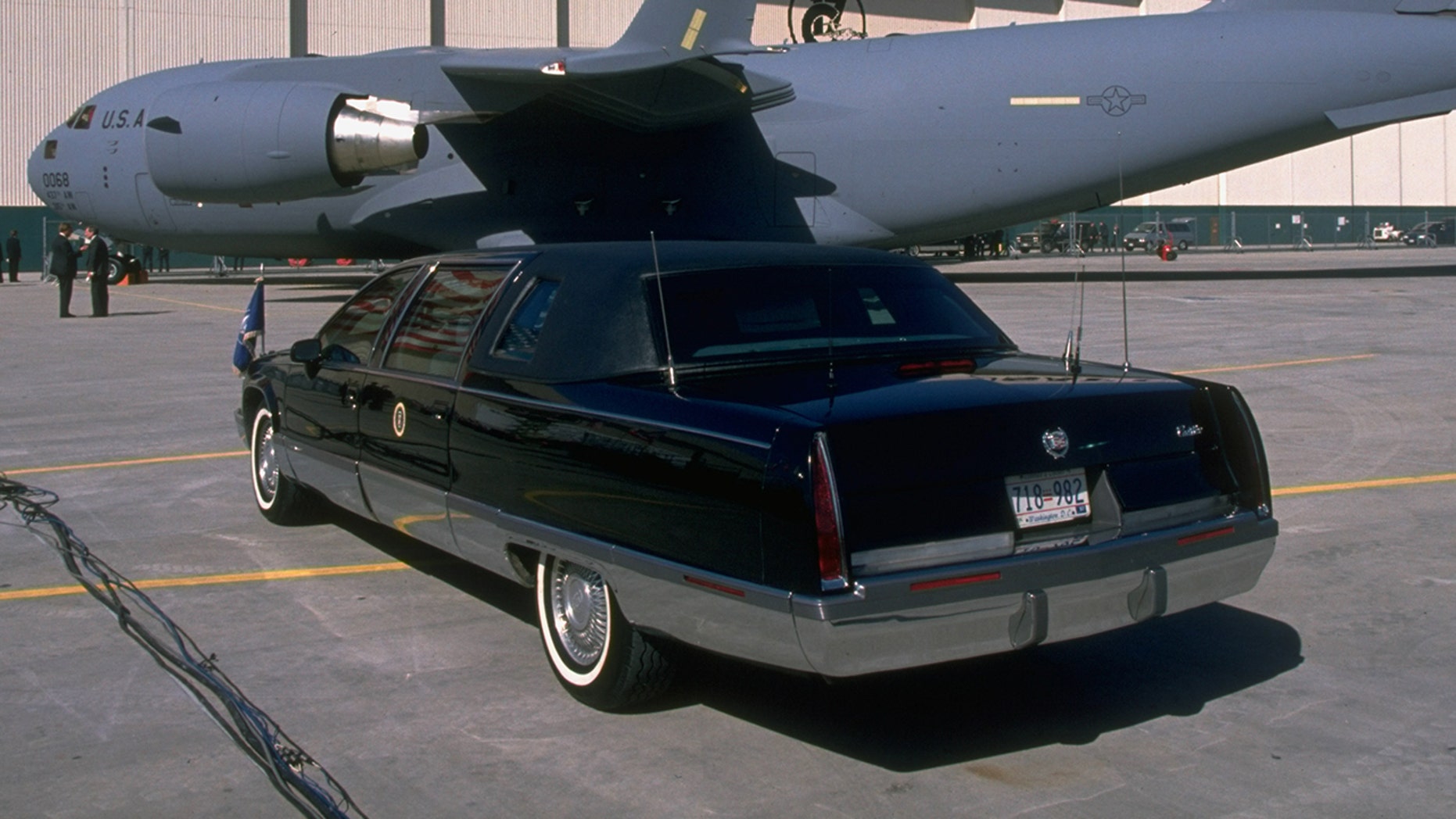 Bill Clinton’s armored Cadillac Fleetwoods were the last presidential limousines that were production cars. One currently sits in the Clinton Presidential Library in Little Rock, AR. Later vehicles in the White House Fleet would be sedan-style bodies on truck frames. 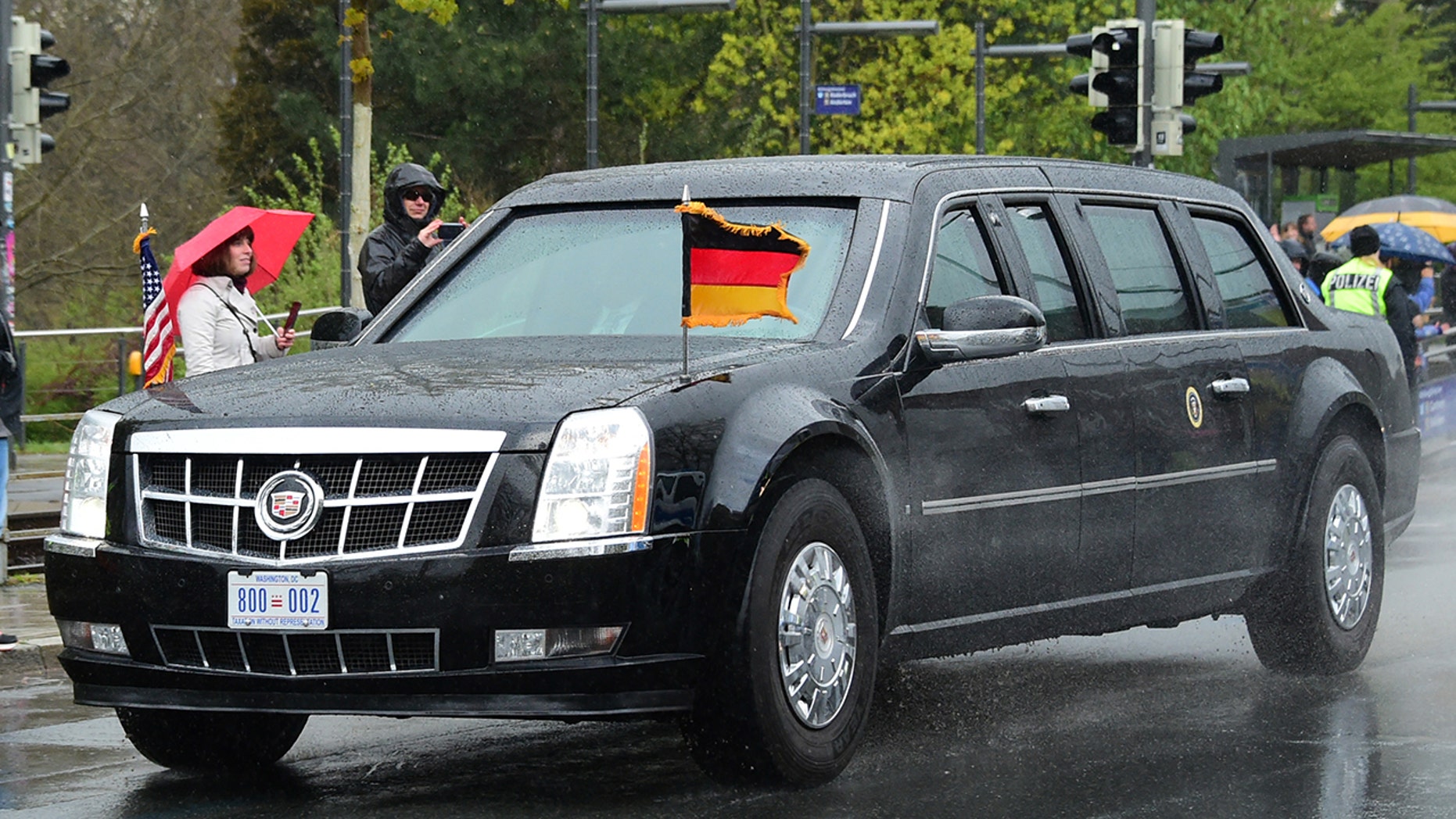 Barack Obama’s “Beast” is a monster car supposedly based on a medium-duty GMC truck and mimic a Cadillac sedan. The car is supposed to be capable of withstanding chemical weapons and IED assaults, as well as an onboard medical kit equipped with emergency units of blood. Many are still in use in the White House pool, while President Trump received updated models in 2018.