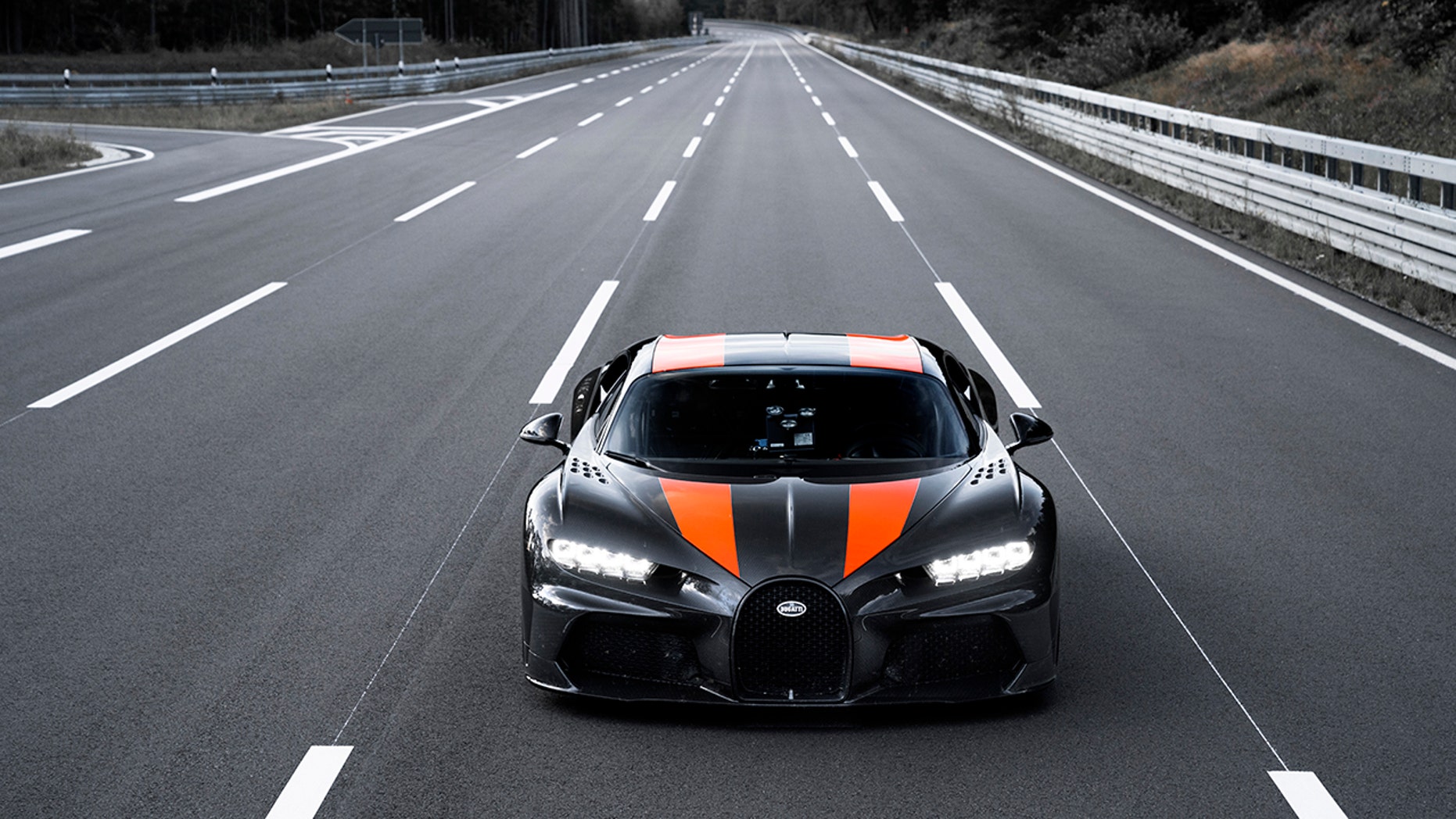 That’s where a Bugatti Chiron claimed the record secretly for world’s fastest, street-legal production car last month. It recorded a 304.77 mph run, making the VW-owned brand the first to break the 300 mph barrier.

The car was a pre-production prototype for a future version of the $3M, 1500 HP Supercar, which currently comes with a limiter that restricts its top speed to 261 MPH. 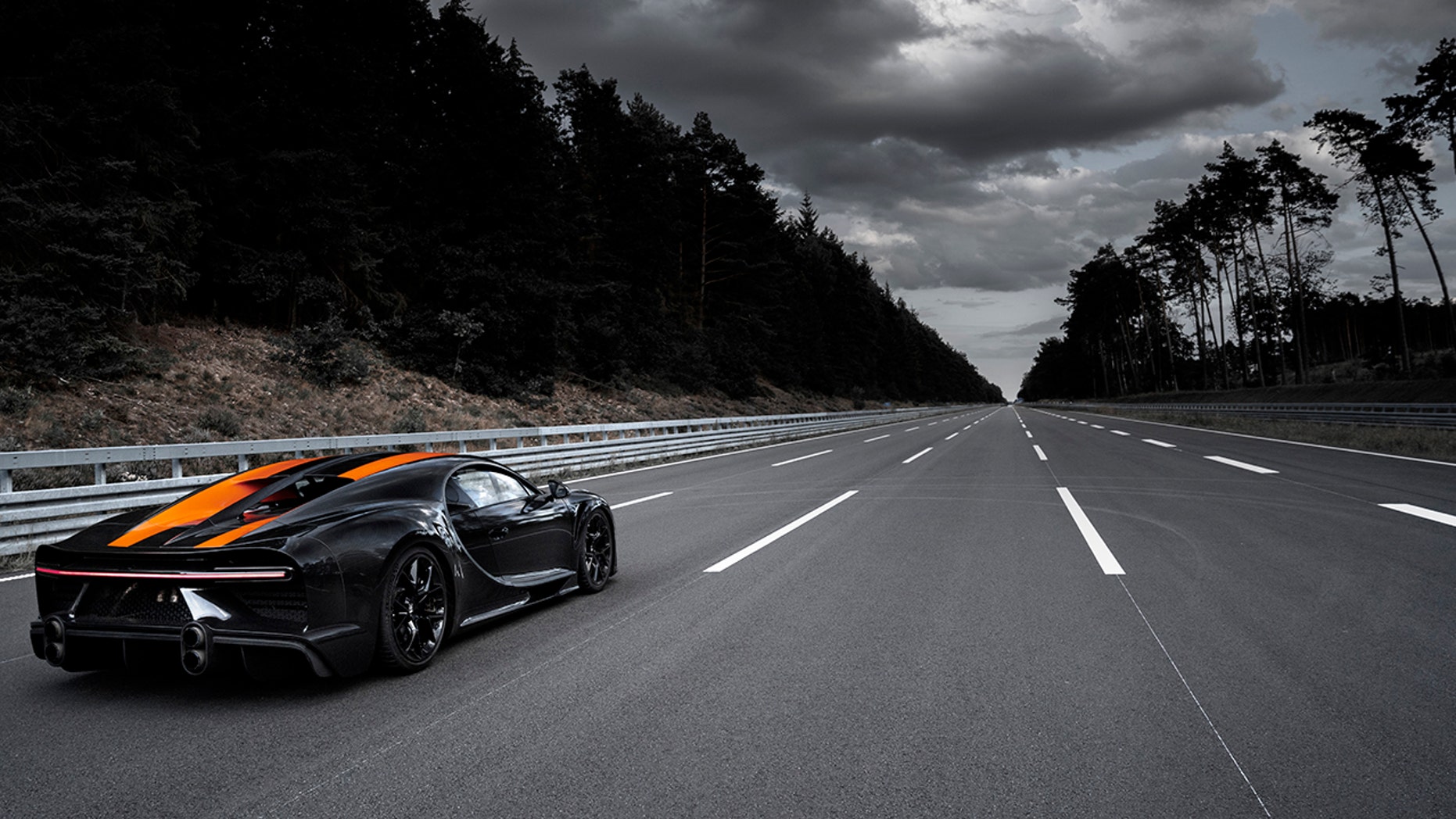 The main reason for that is due to tires. It’s very difficult to produce ones that can handle the rotational velocities seen at speeds higher than that, and the Chirons already cost over $30K per set and need to be replaced every 2500 miles.

BUGATTI SOLD THE WORLD’S MOST EXPENSIVE NEW CAR FOR $18.9 MILLION

So Bugatti asked Michelin to make a special tire that could hold up to the kind of G-force generated above 300 mph. The construction for the task was so precise that each was X-rayed before it was installed. 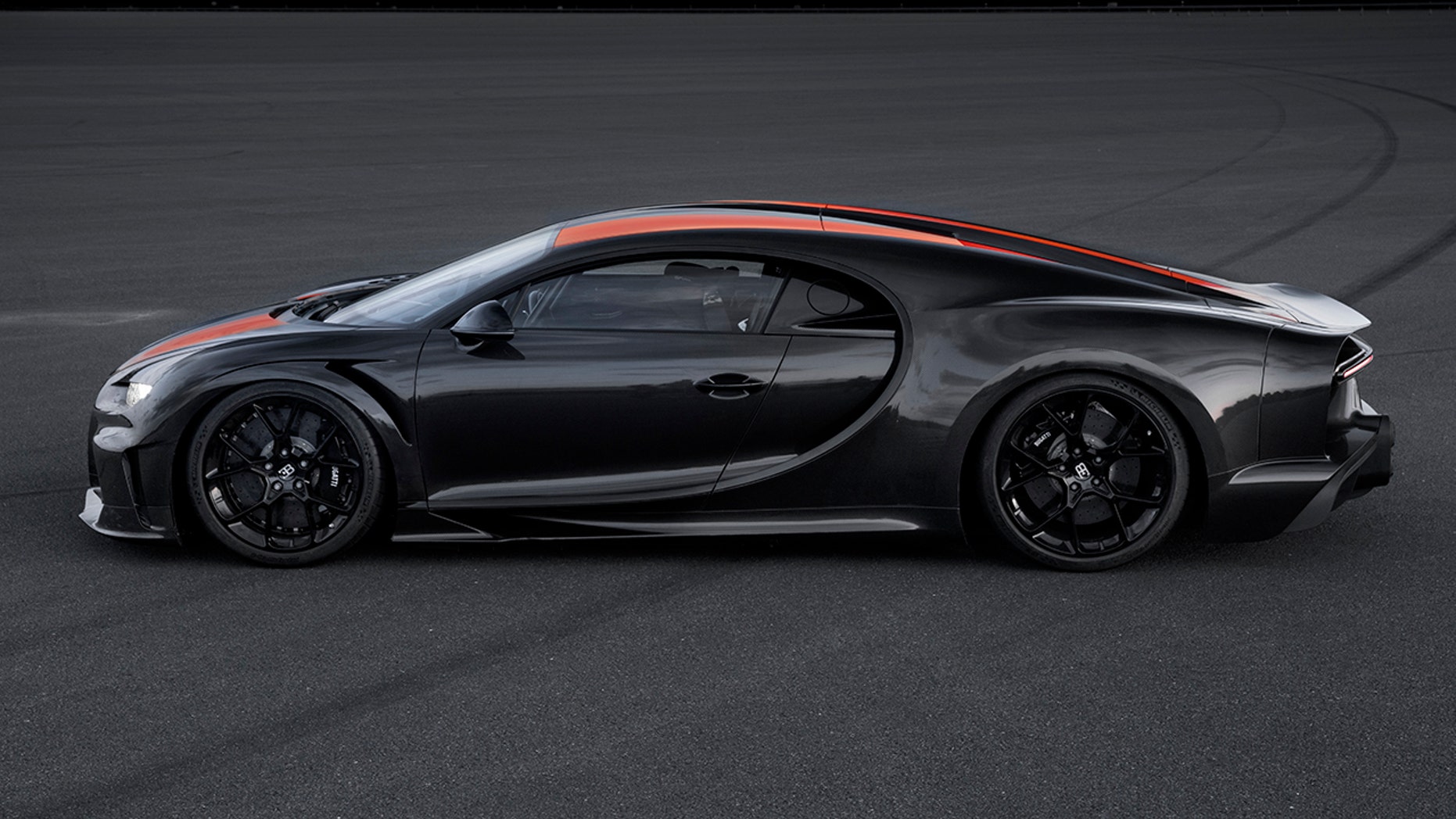 The car was modified with a body 10 inches longer from the standard Chiron for improved aerodynamics, a lowered ride height, vents drilled into the fenders and other tweaks to help reduce lift to zero. Its quad-turbocharged 16-cylinder engine was also tweaked to produce an extra 78 hp for good measure.

Racing and test driver Andy Wallace, who set a then-record of 243 mph in a McLaren F1 in 1993, spent many days at the 12 mile track as the team built up to the 300 mph mark on its 5.4 mile-long straight, so that if anything went wrong at that speed it would’ve gone very wrong. 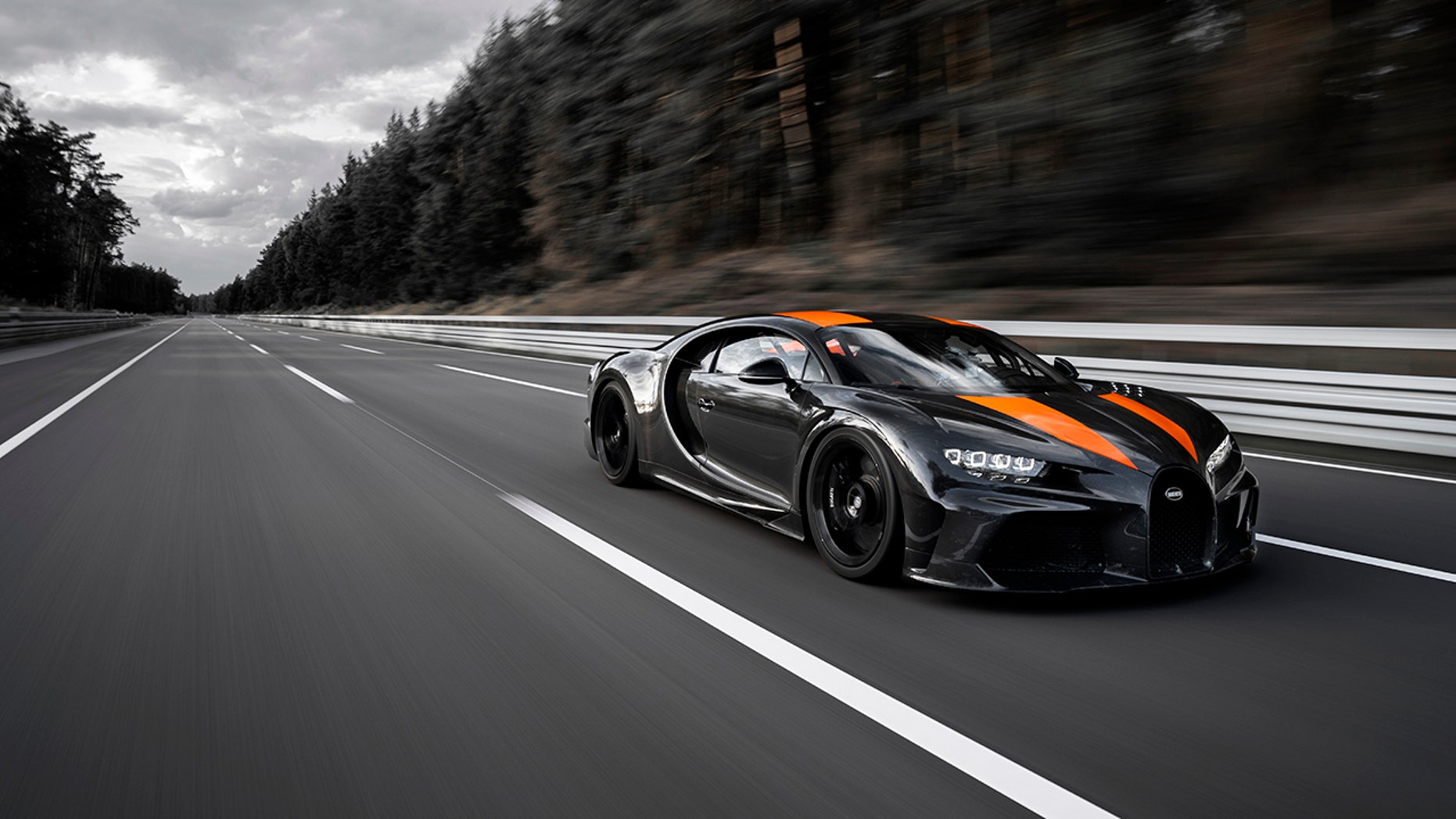 Luckily it didn’t, and Wallace hit the record number on August 2. He probably won’t be doing it again. Bugatti President Stephan Winklemann said Bugatti is officially done chasing top speed records, even though companies like Koenigsegg, Hennessey and SSC are aiming to break 300 mph.

The accomplishment,however, didn’t meet the Guinness standards for a record, which required a true production car available for sale and the average of two runs in opposite directions. Koenigsegg currently holds the record at 278 mph. According to Top Gear, the broken-in track is only smooth enough for a car to hit 300 mph one way with any modicum of safety, but Winklemann isn’t sweating it. 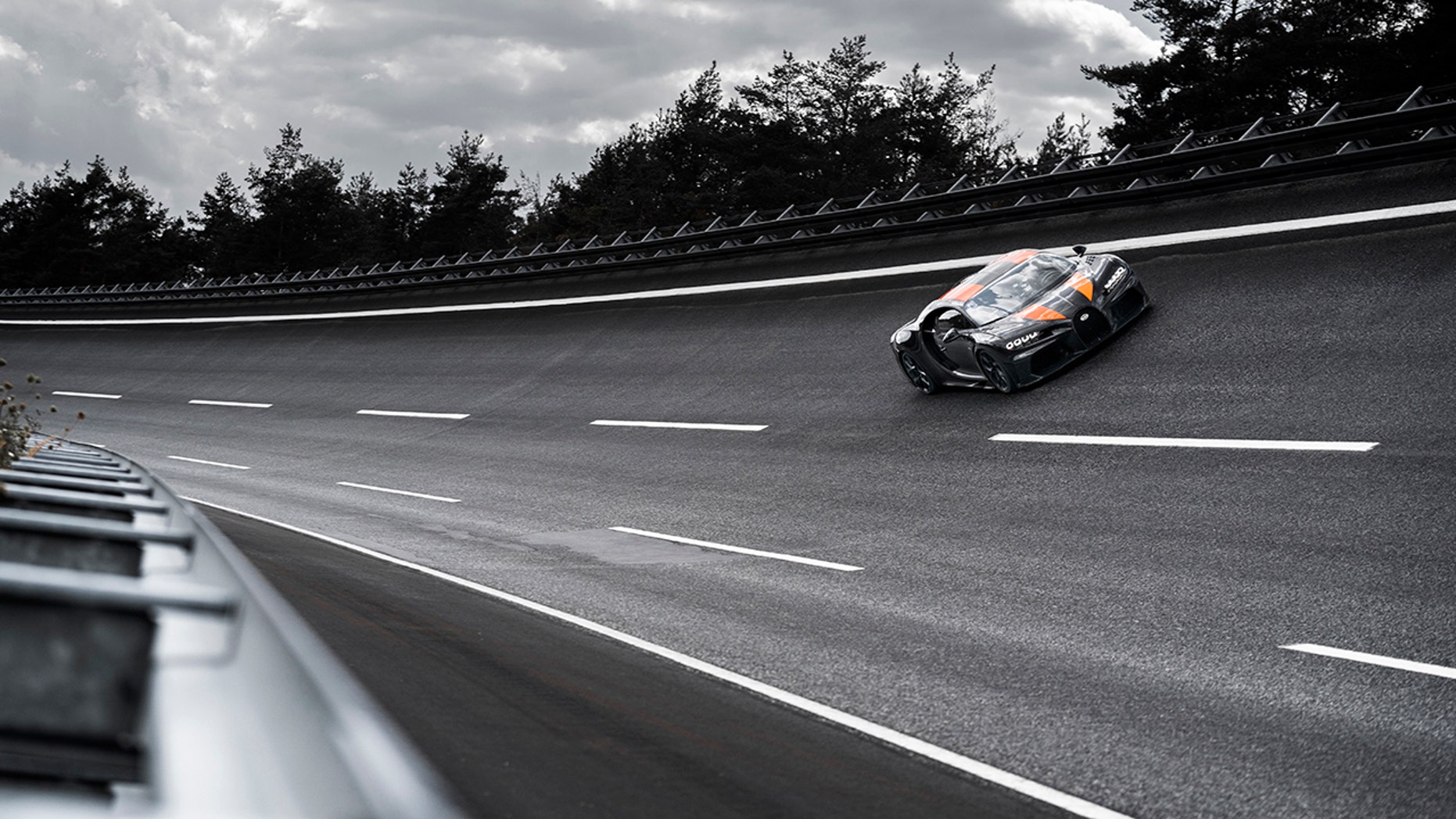 “We have shown several times that we build the fastest cars in the world. In future we will focus on other areas,” he said.

One of those areas could be another unofficial record the company holds. Earlier this year it sold a one-off version of the Chiron for supposedly $18.9 million, which would make it the most expensive new car ever. It sounds like the Bugatti Chiron is a hit!