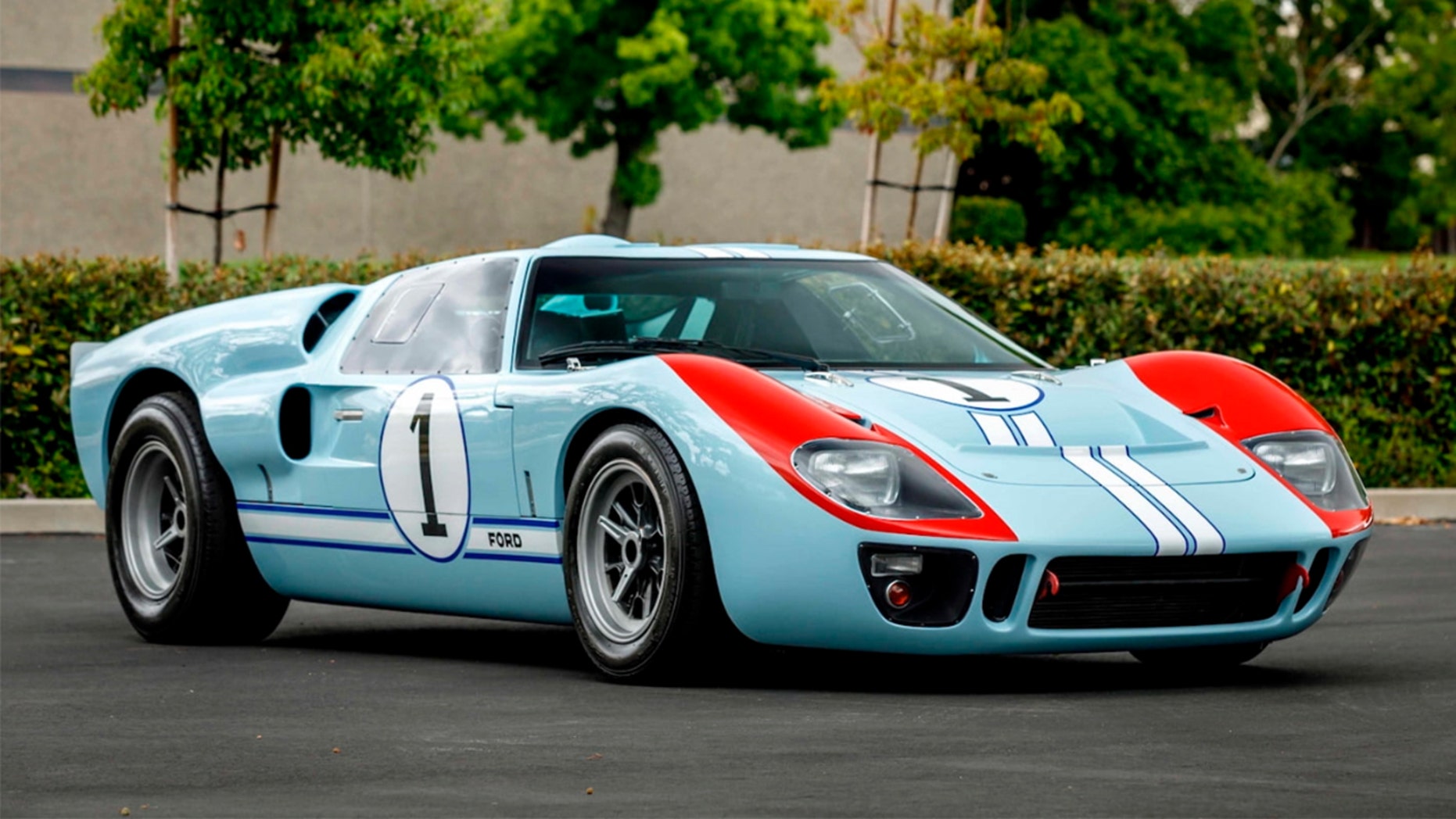 The light blue Ford GT40 that Bale’s Ken Miles character races in the 1966 24 Hours of LeMans was put together by Superformance, a replica car company that specializes in vintage cars like the iconic racing version. 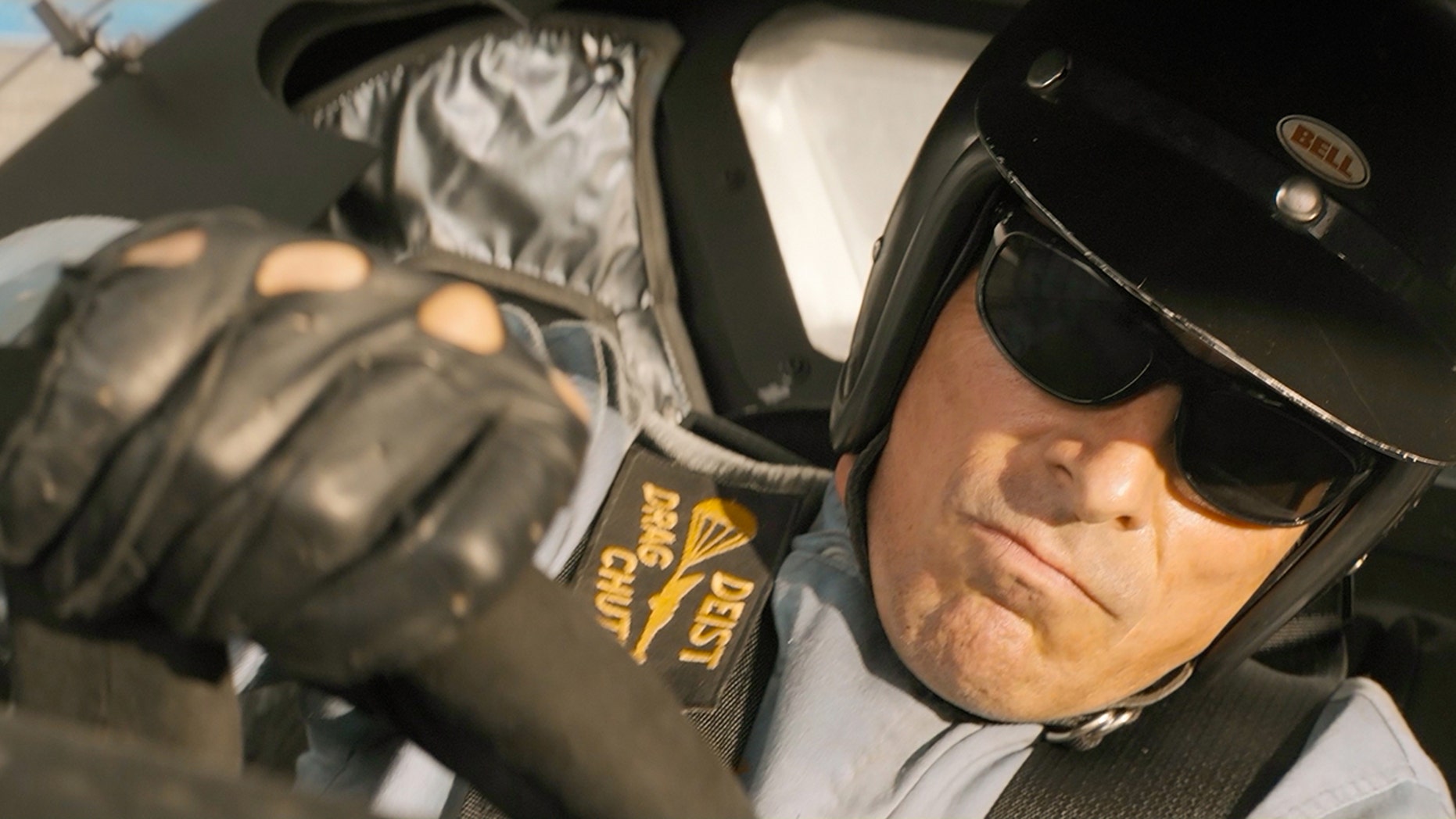 Superformance arranged for two GT40s to the making of the film, both used as “hero” cars for close-up shots. The original is still exists today, but is worth at least $10 million and far too valuable to put through the rigors of movie production. 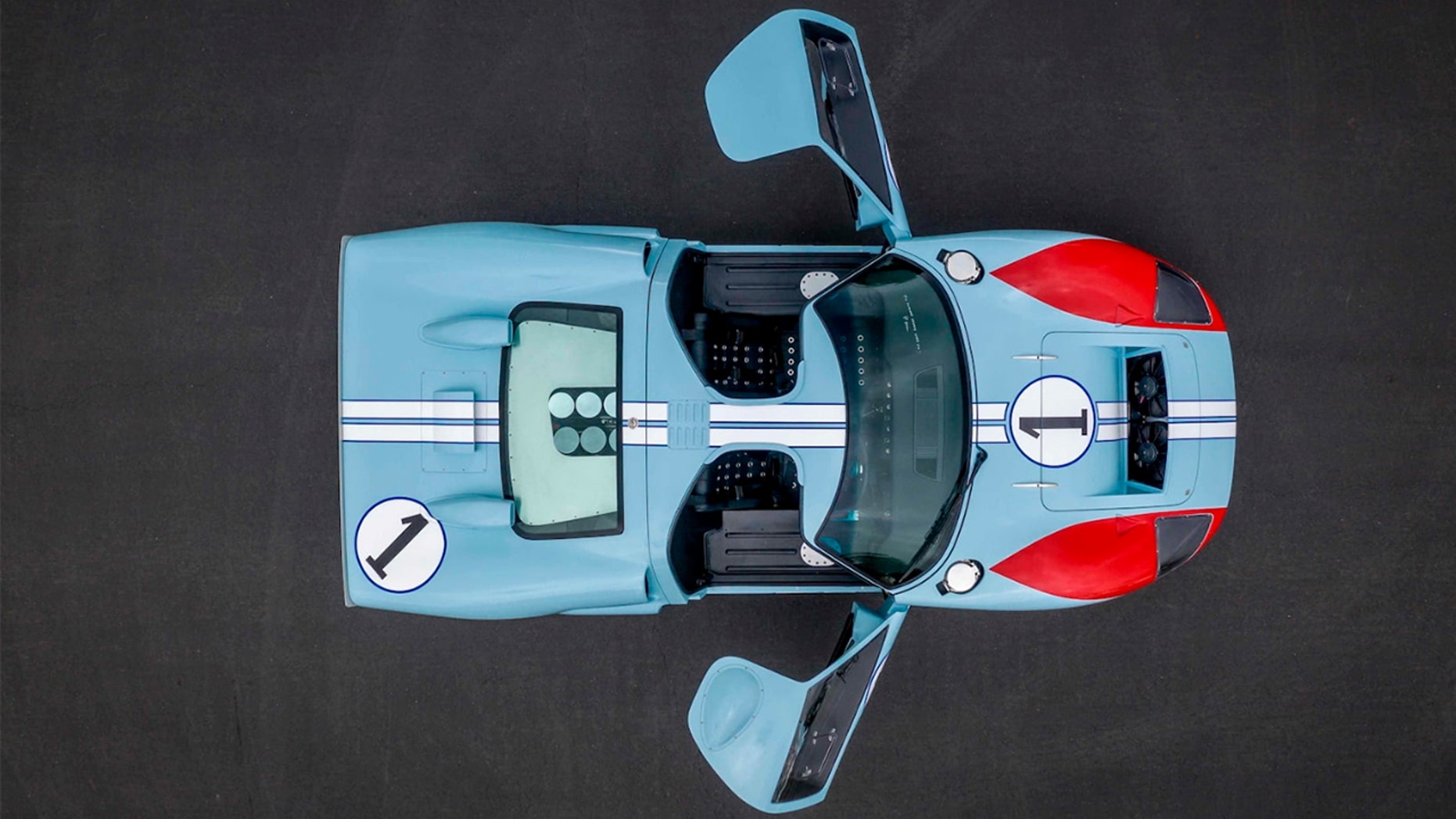 Company CEO Lance Stander told The Motor Masters both of the cars sold to private buyers within 48 hours of being returned from the filmmakers earlier this year, but now one will be sold again at the Mecum Auctions event in Kissimmee, FL, in January, where the Ford Mustang from “Bullitt” will also be for sale.

The righthand-drive coupe still wears its features from the film, including period-correct Smiths gauges, and is powered by a modern 511 ci V8 built by Roush that puts out around 600 HP. 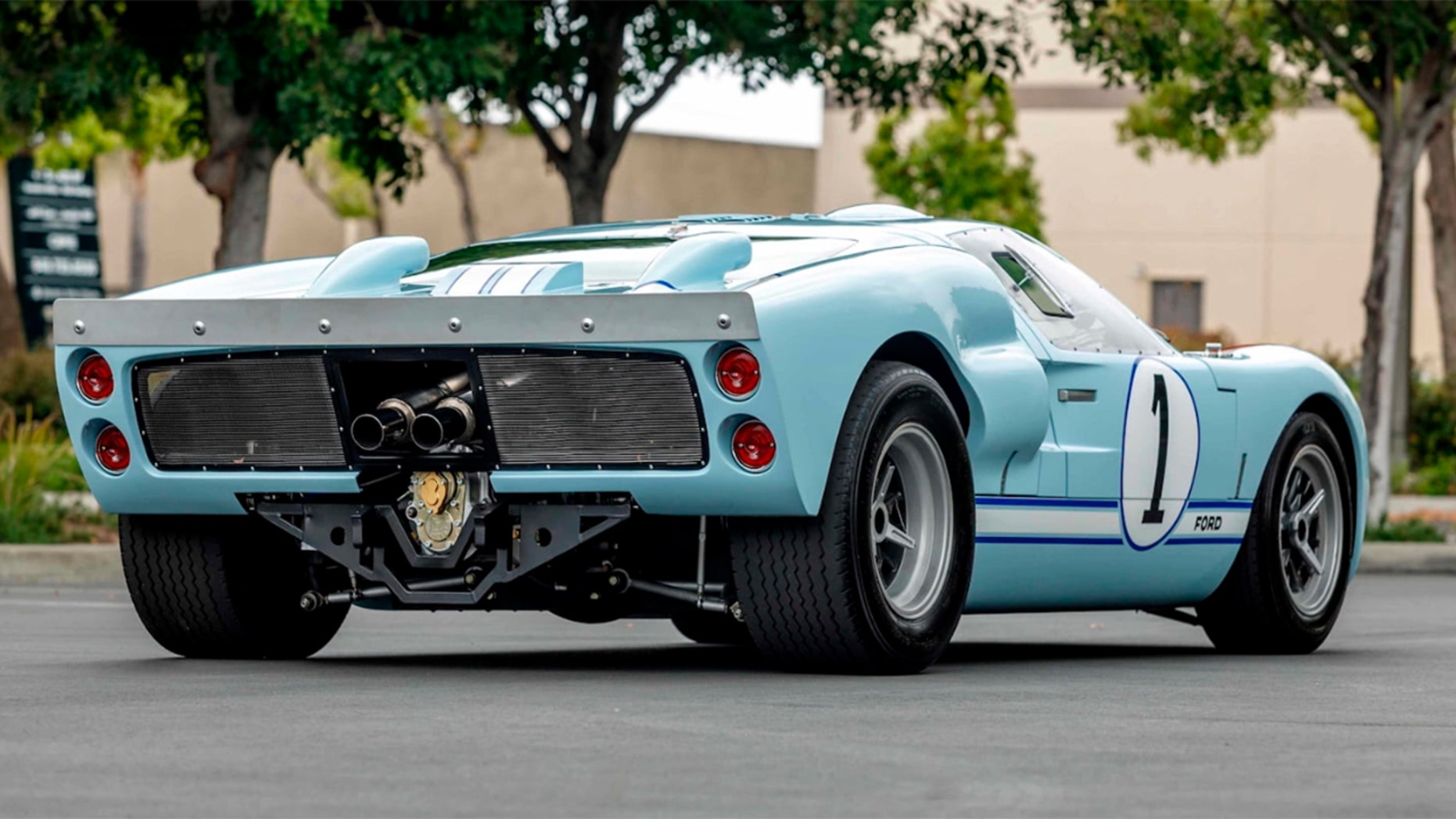 Superformance offers GT40 kits, drivetrains not included beginning at $130,000, whereas an entire automobile like this one would run within the $250,000-$300,000 vary if purchased new.