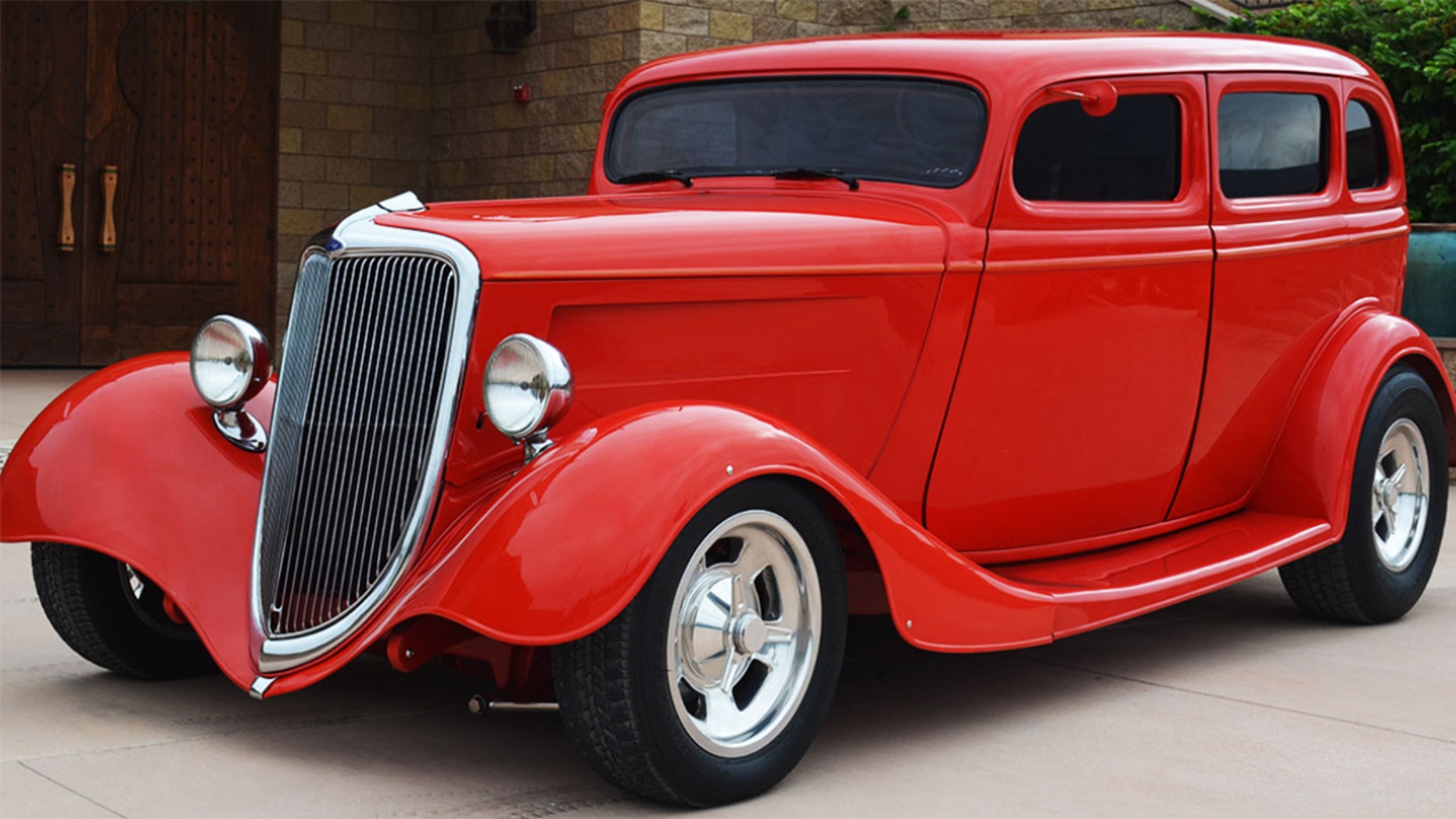 The chop-top four-door is currently up for sale on the Gotta Have It Rock And Roll online auction site. 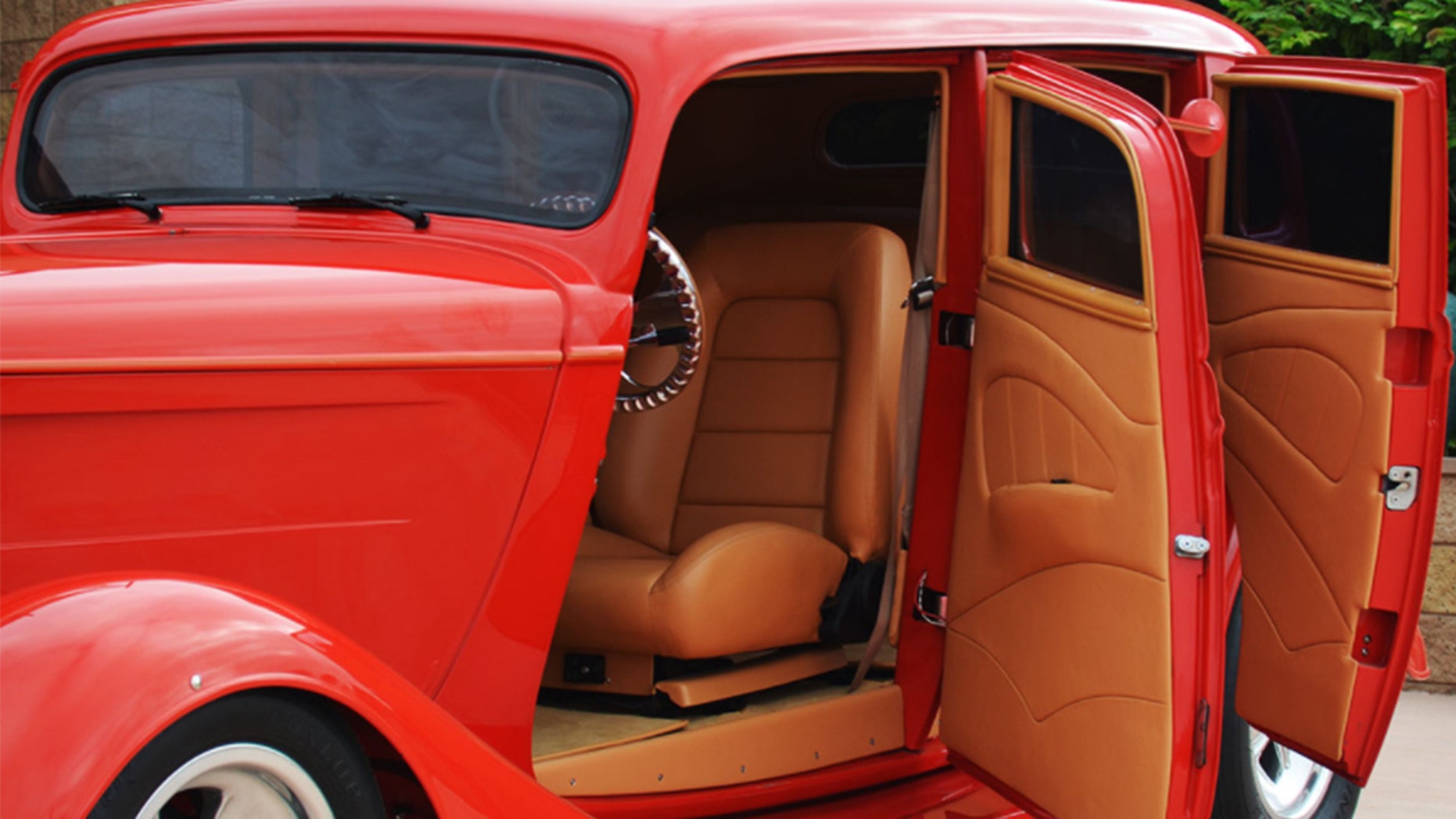 The red hot rod is powered by a supercharged 350 cubic-inch Chevy V8 mounted in a painted engine bay and comes with an updated four-speed Hydramatic automatic transmission, fully independent suspension, power steering and windows, air conditioning and suicide-style doors all around. 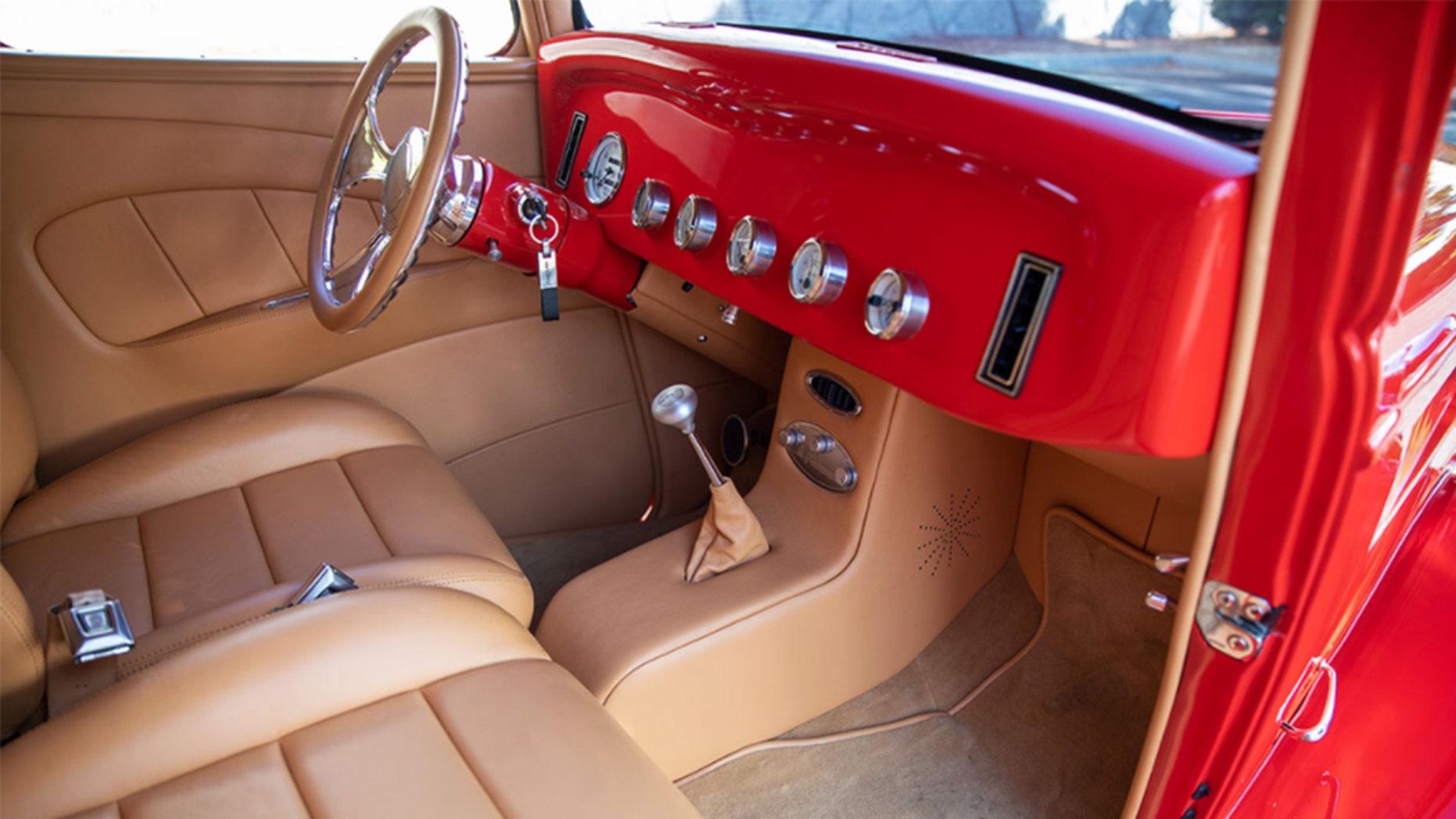 The interior is trimmed from floor to ceiling in leather and suede and hides a smartphone-compatible audio system within a retro-style dashboard. 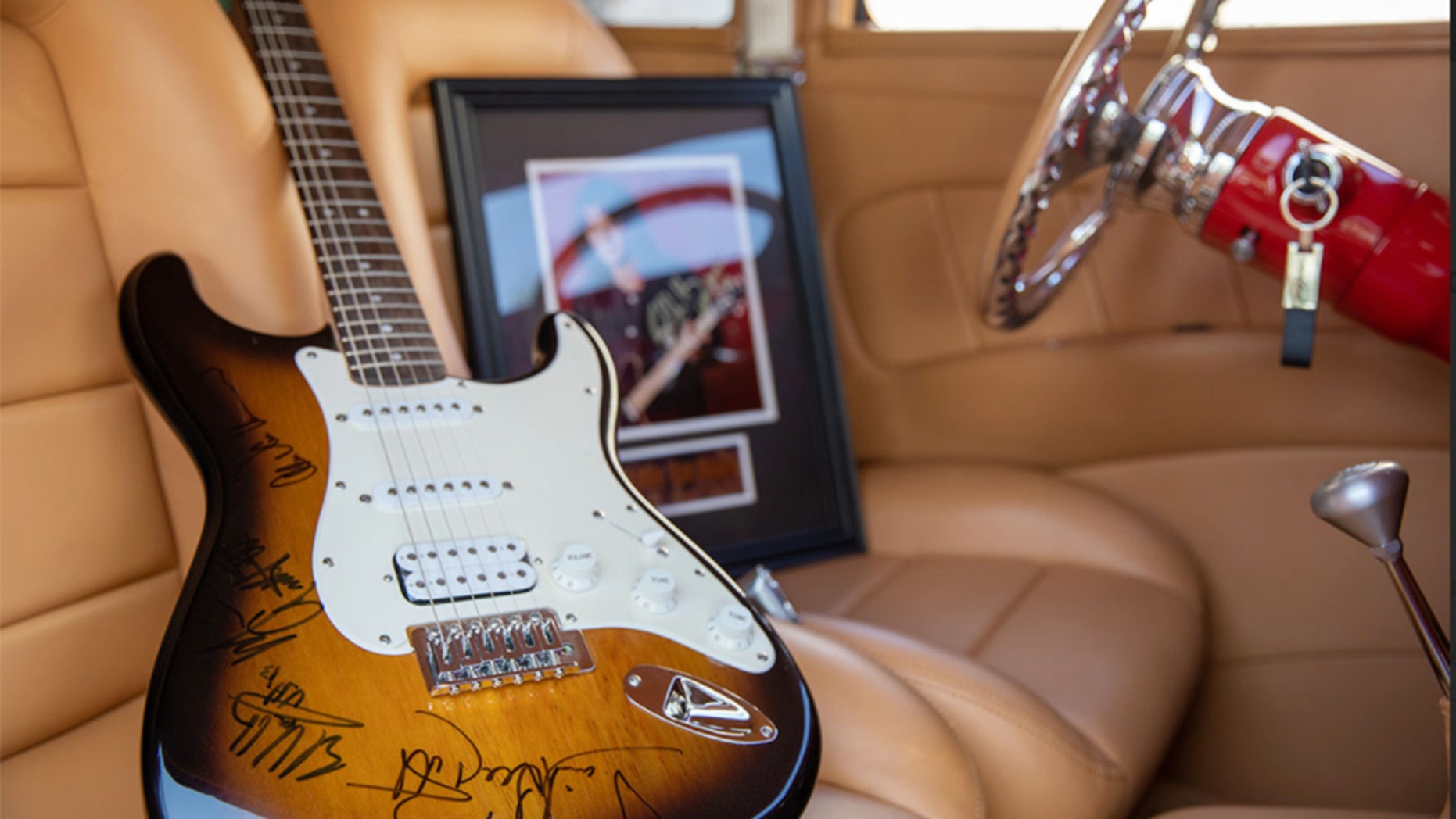 To make the deal even sweeter, the seller is throwing in a Fender Stratocaster autographed by the original Van Halen lineup and a framed signed photo of Van Halen himself.

A Ferrari once-owned by Van Halen did not find a buyer on the site in an auction last November.