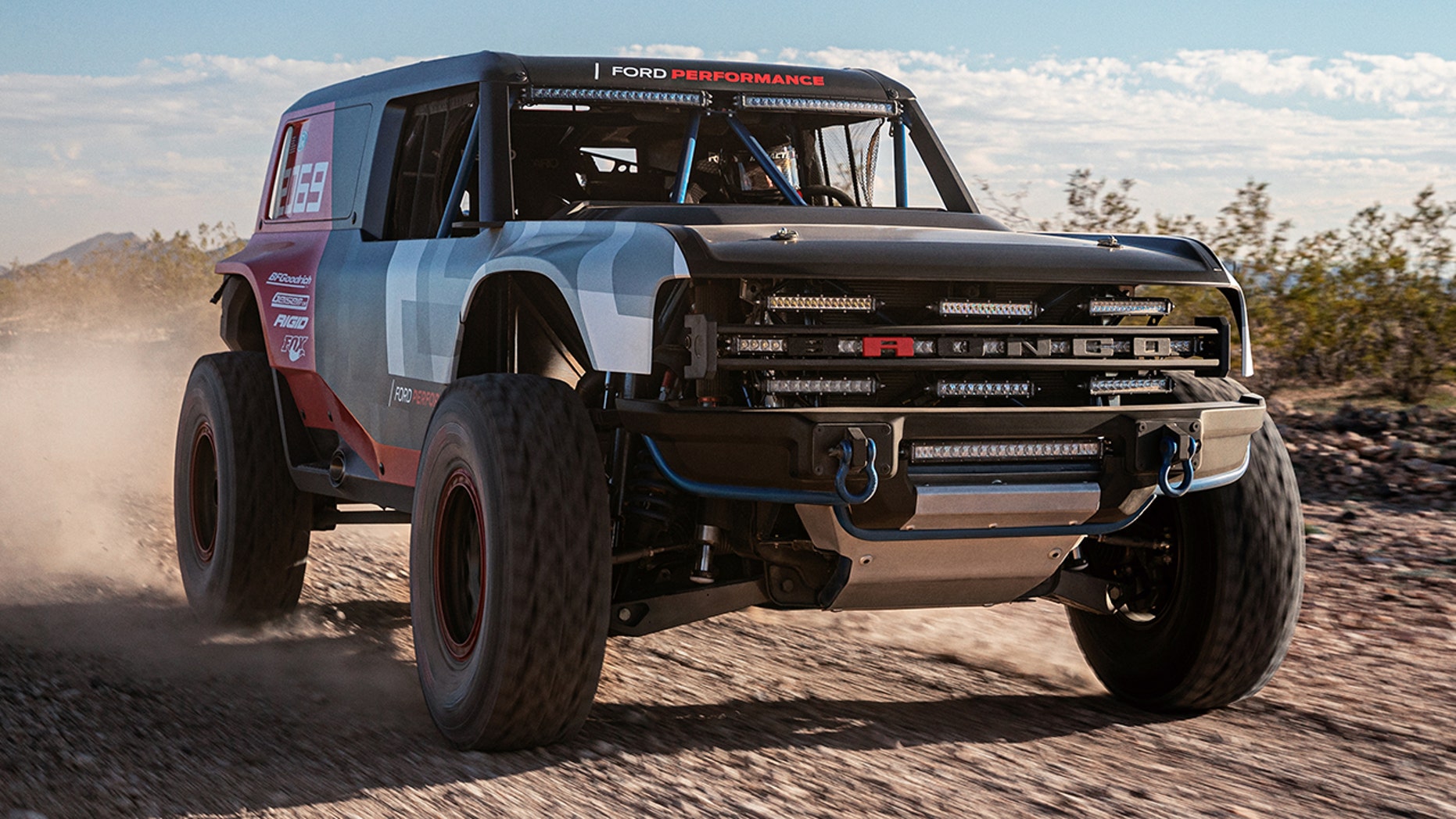 Ford has announced a racing version of the soon-to-be rebooted SUV ahead of its debut as a production model next spring. The design of the Bronco R gives a first look of the 2021 truck and will be competing in the Baja 1000 in Mexico on Nov. 22. 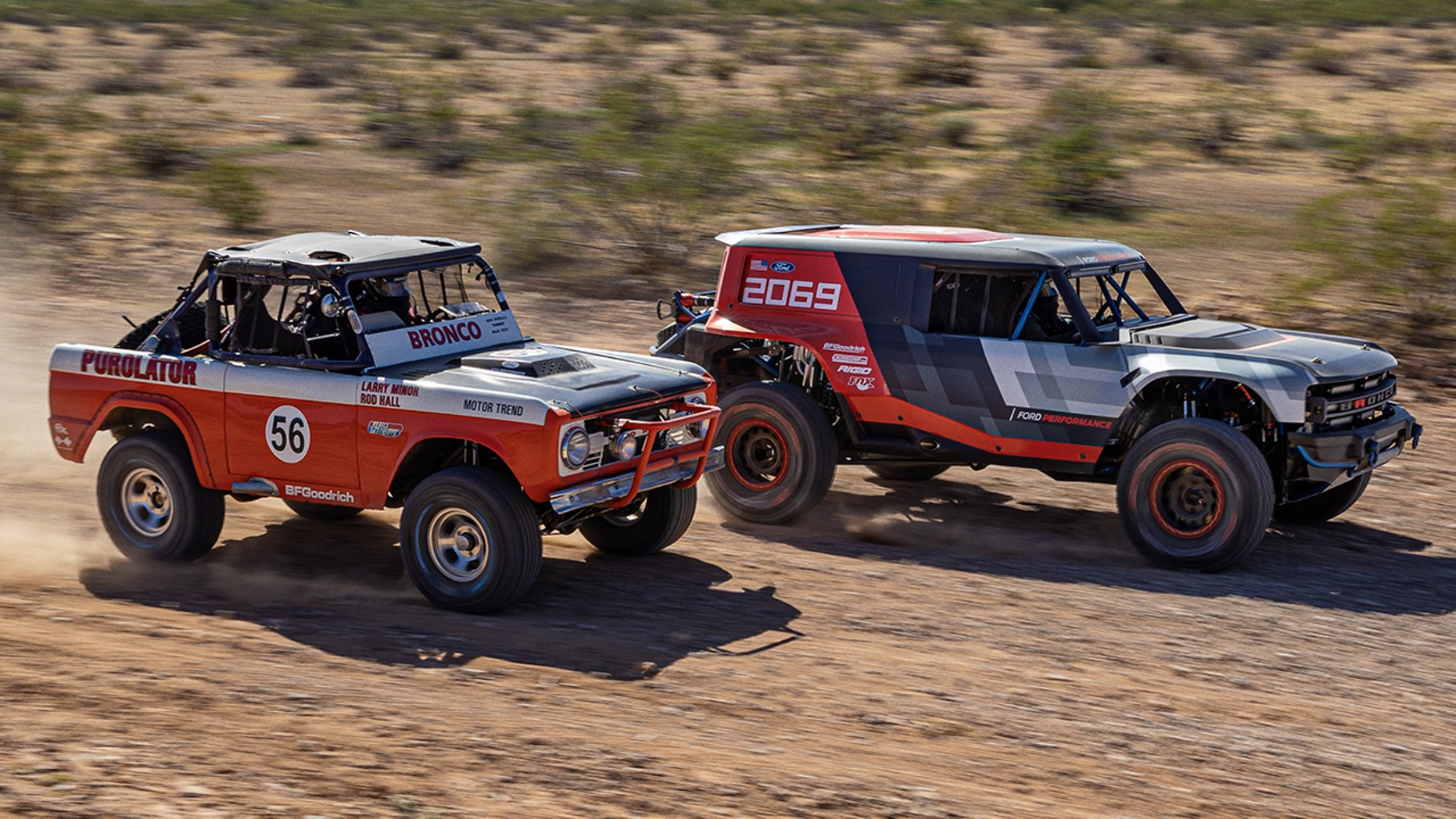 The modern styling is no doubt inspired by the 1966 original’s, especially its peaked front fenders, the shape of its wheel openings and the rectangular grille with the word BRONCO written across it instead of the word FORD. 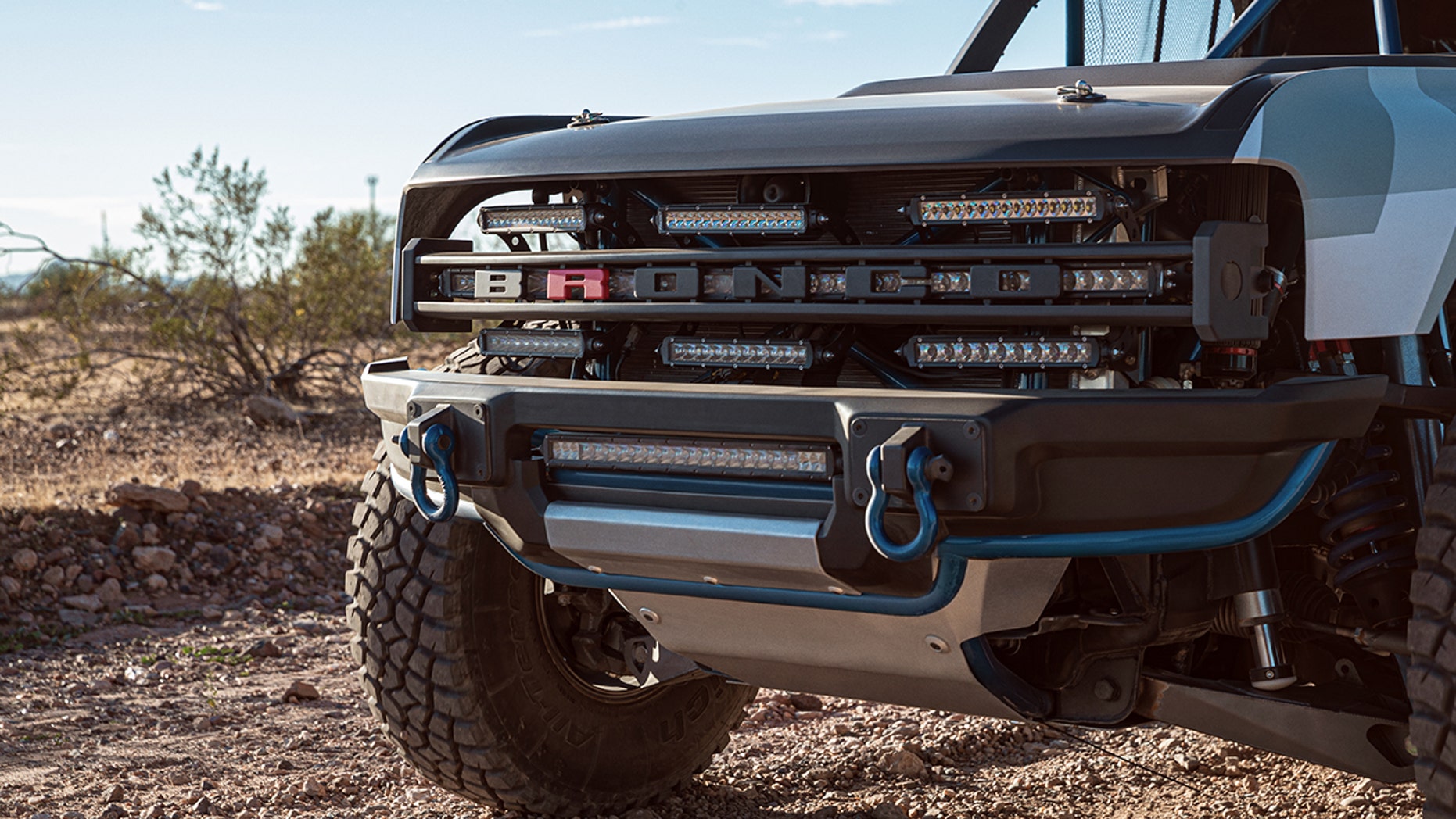 Built on a frame that it shares with the Ford Ranger pickup, just as the showroom Bronco will be, the Bronco R has a roll cage, four-wheel drive, an independent front suspension and a twin-turbocharged EcoBoost engine that Ford isn’t releasing further details about. Nonetheless, the automaker says the turbos “are representative of what the production Bronco will offer.” 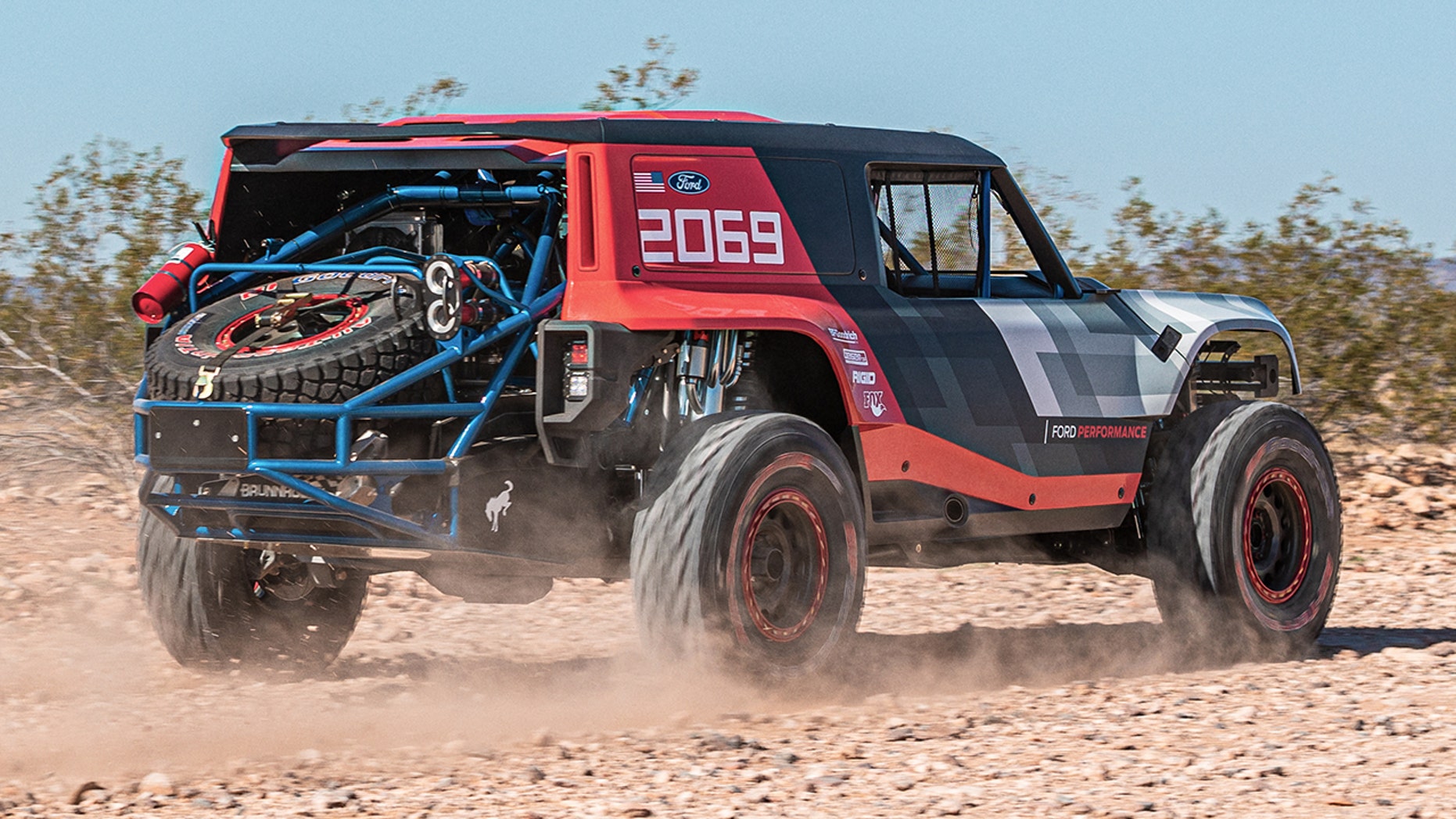 While very little about the retail Bronco is known at this point, it is expected to come in two-door and four-door versions and equipped with a removable roof and doors like the Jeep Wrangler, which will be its number one competition. Ford has promised to introduce a hybrid version at some point and a note in the tentative labor agreement reached with the UAW last week tells us it will have an aluminum body exactly as the F-150, according to the Bronco6G fan forum. 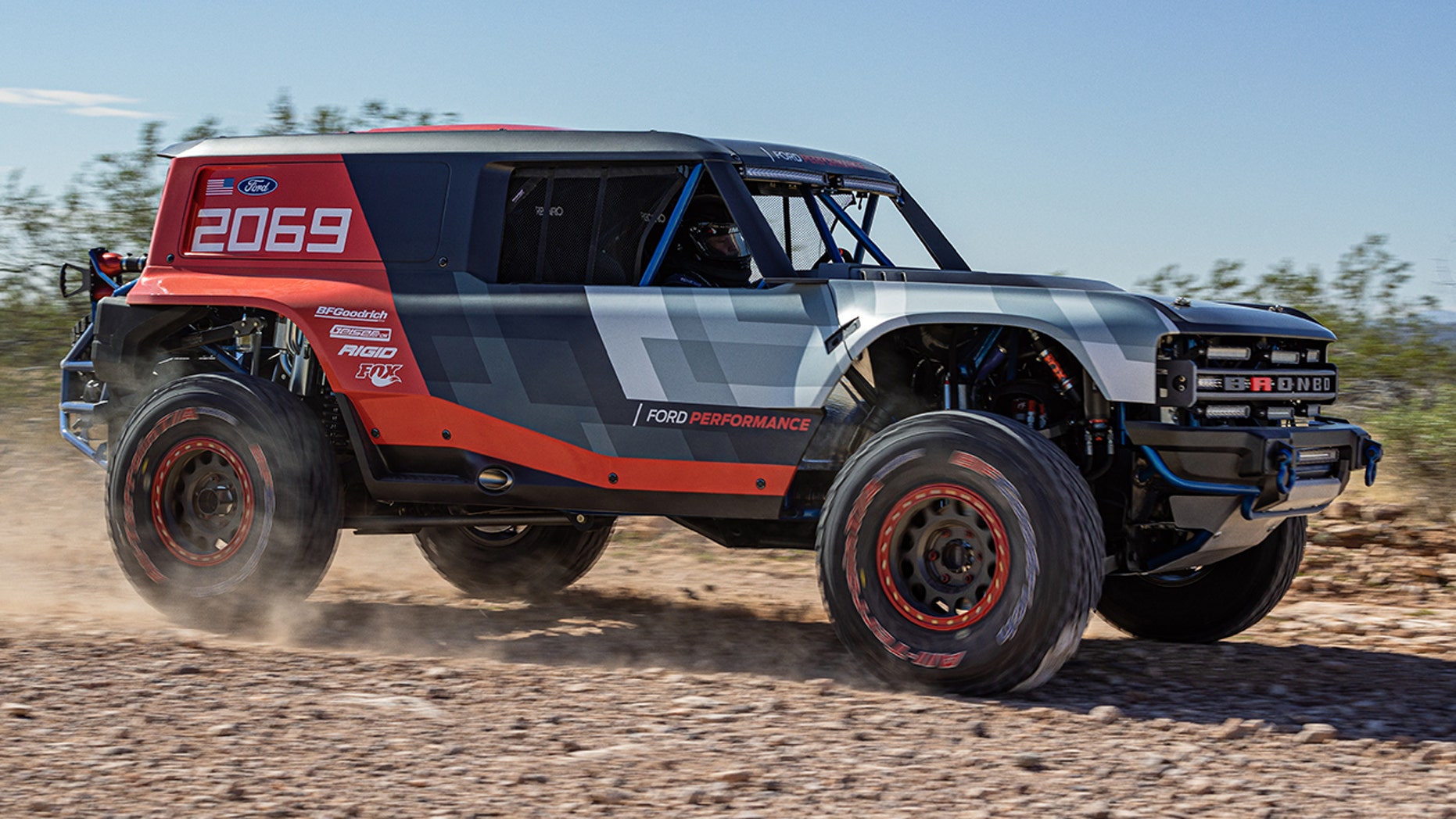 The 2021 Ford Bronco will be built alongside the Ranger at Ford’s Michigan Assembly Plant.

First-generation Broncos took first place victories at the Baja 1000 in 1968, 1969, 1971 and 1972. The new truck will be competing in Class 2 at the event this year, but is there primarily for testing purposes. There is no doubt that when these re available to the public tht they will sell fast!