Its restored two-tone body rests on top of the fully updated chassis underneath it. 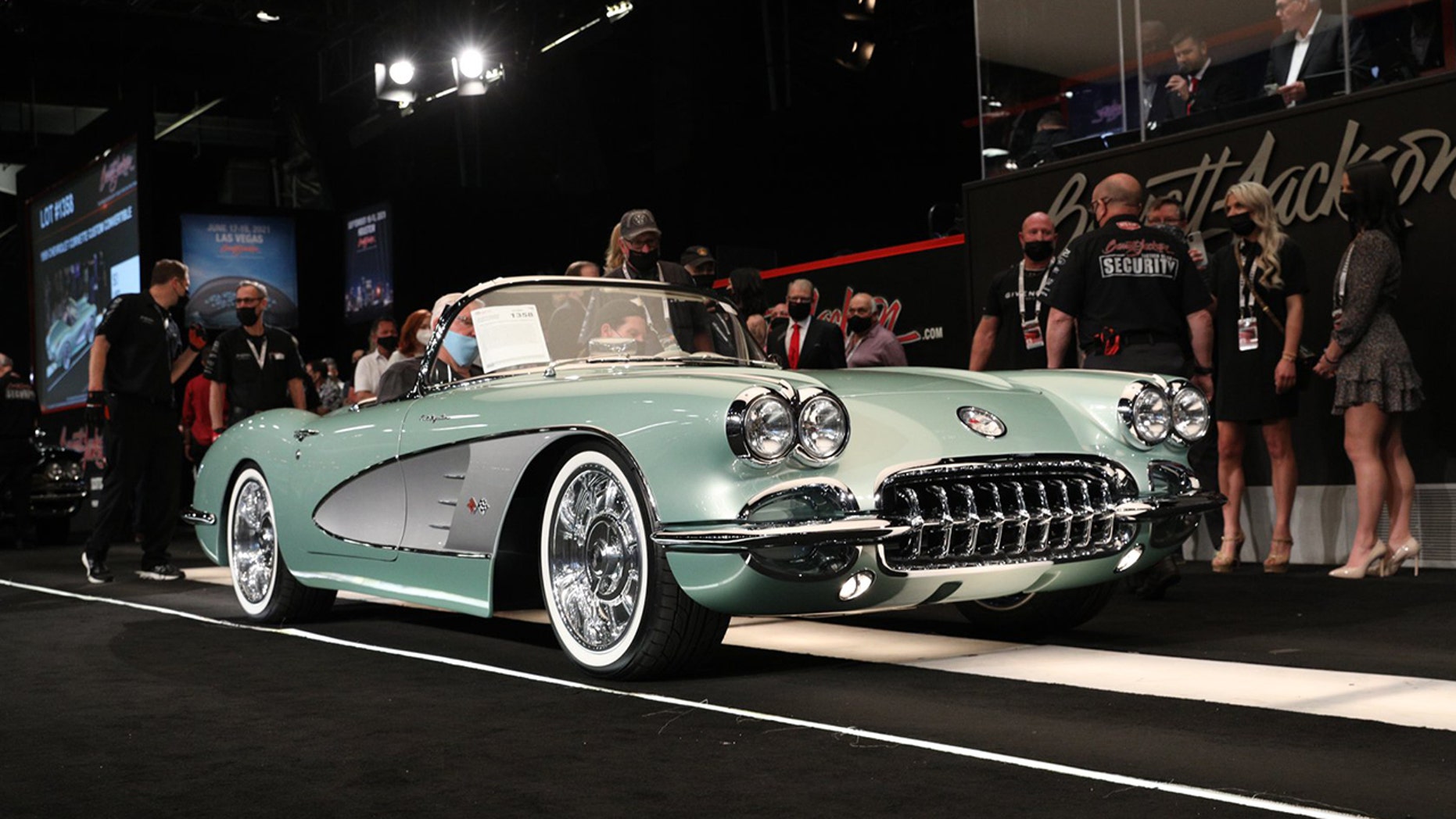 The convertible is equipped by a 460 HP 6.2-liter V8 from the seventh-generation Corvette, which was the last front-engine model before the mid-engine C8 debuted last year.

Hart was the high bidder at the auction, where he was attending with his Plastic Cup Boyz comedy crew, who are all working on a new show called “Muscle Car Crew” for the MotorTrend app.

Hart is an avid collector of classic-based resto-mods and pro tuner cars like the Corvette, including a 1,000 HP 1970 Dodge Charger he took delivery of in February and the 1970 Plymouth Barracuda he suffered a broken back in when he was involved in a crash in 2019.