The Land Rover Defender comes back with modern styling and tech 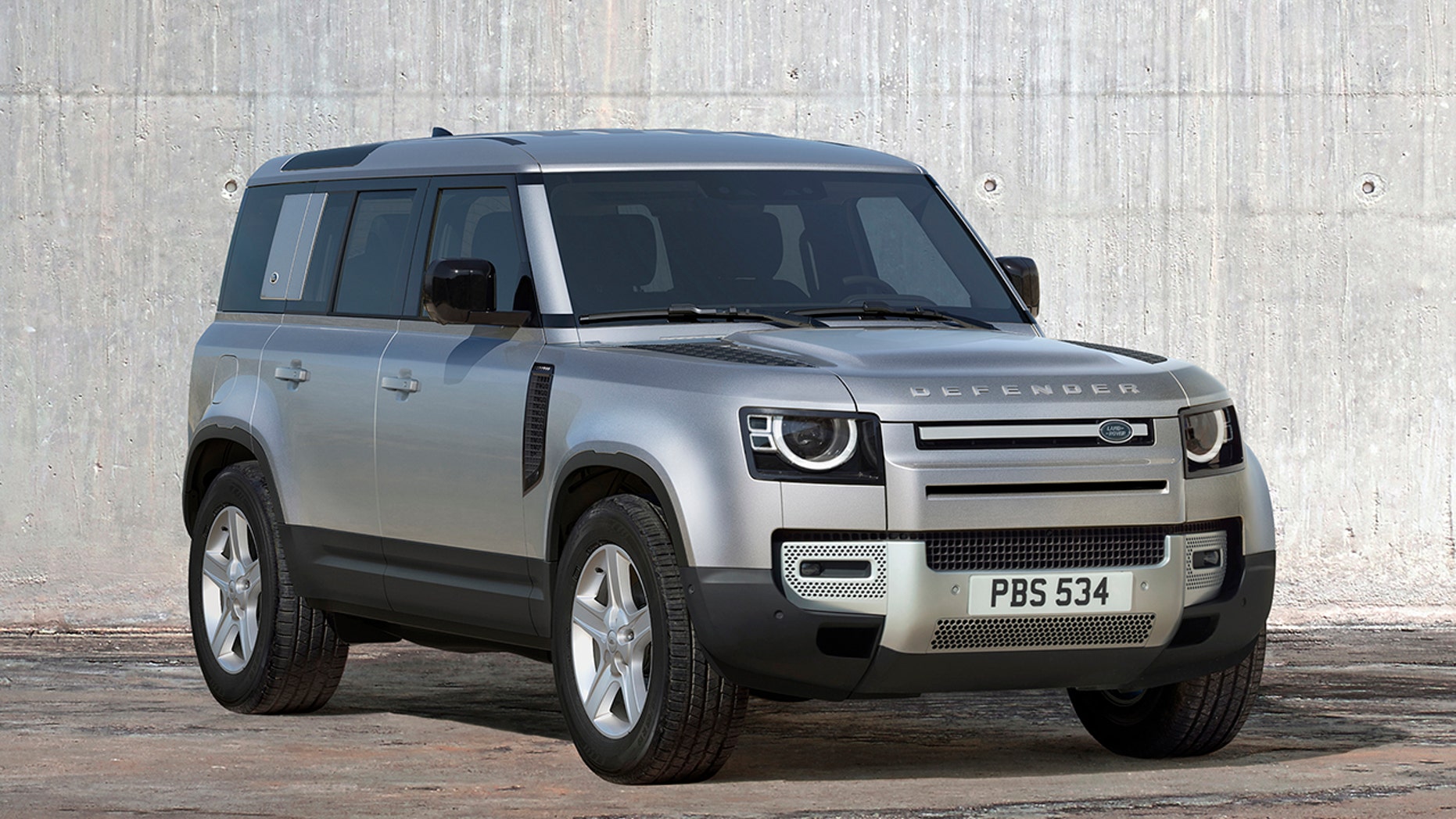 The brand-new off-roader was revealed at the Frankfurt Motor Show on Tuesday with a modern look that shares a fraction more than its boxy silhouette with the previous edition, which stopped production in 2016 after a 33-year run and was last sold in the U.S. in 1997. 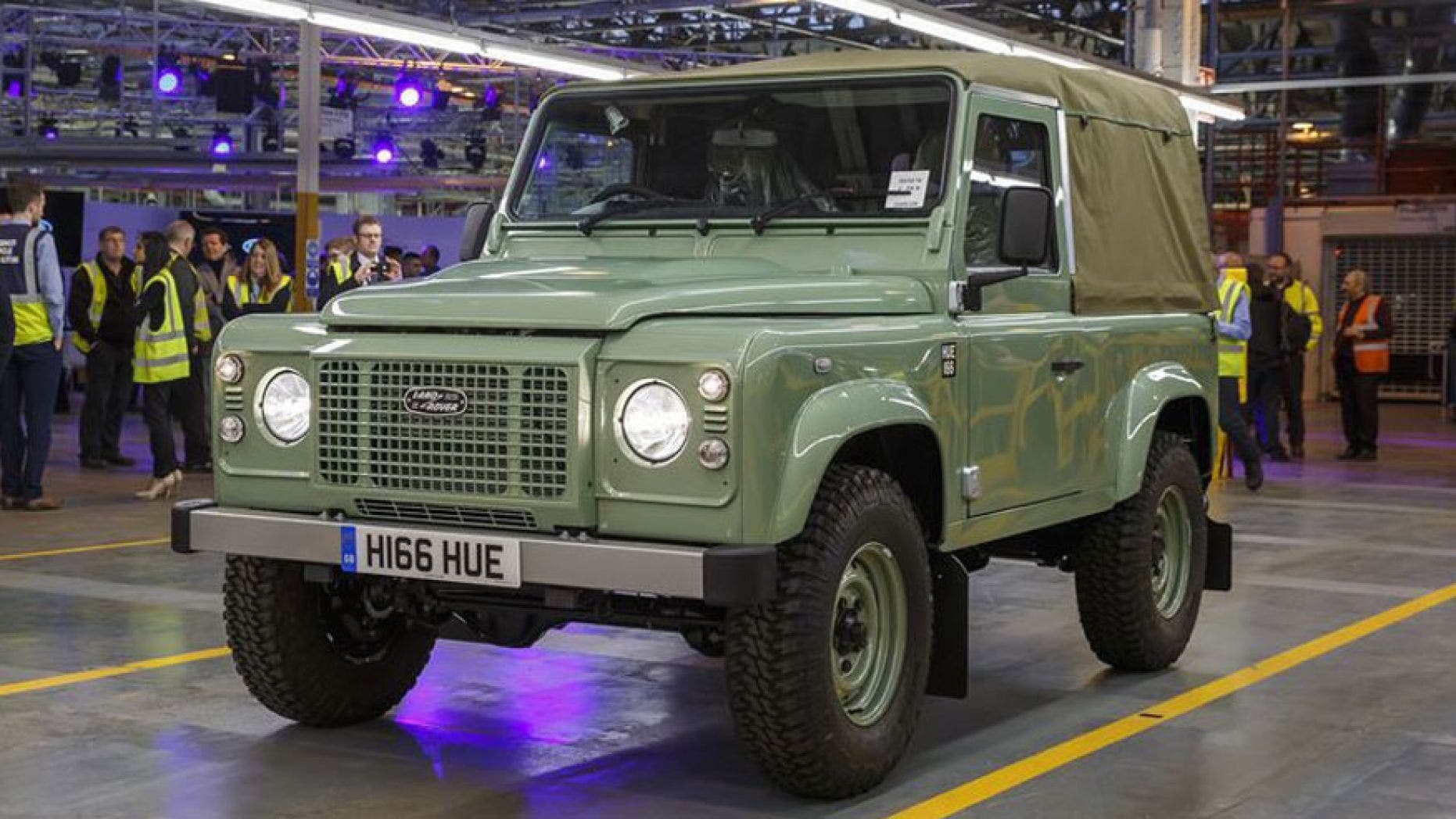 Unlike the original body-on-frame SUV, the 2020 Defender is built on an aluminum unibody chassis and sits on a fully independent suspension, very much like to the brand’s other utility vehicles, in an attempt to blend on-road refinement with off-road capability. 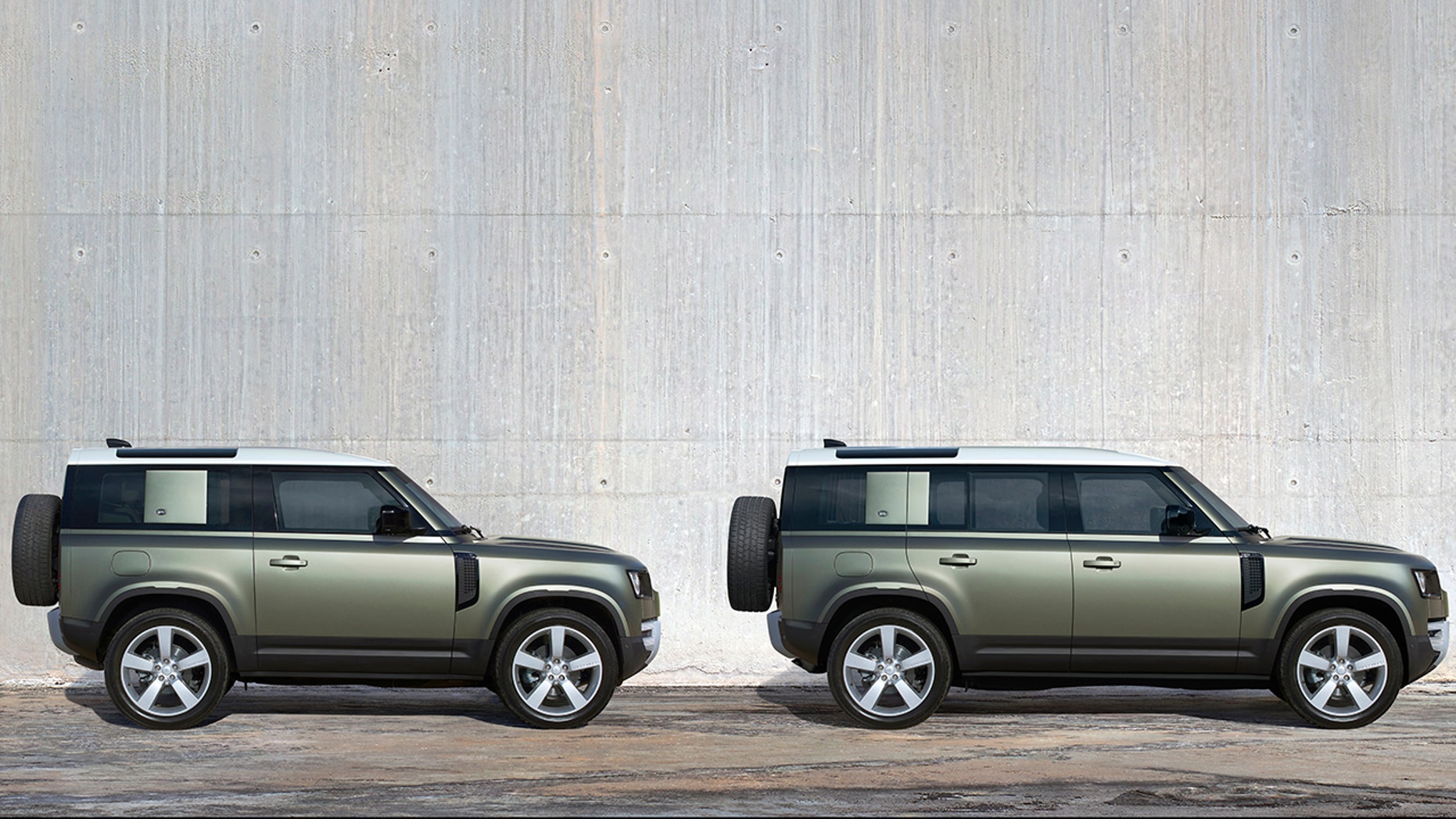 The Defender is coming out with the four-door 110 model at a base price of $50,925, while a two-door 90 will come at a lower price. Five passenger seating is standard and an optional front jump seat that also acts as the center armrest can expand that to six. The 110 is also available in a seven-passenger model with a small two-seat third row. 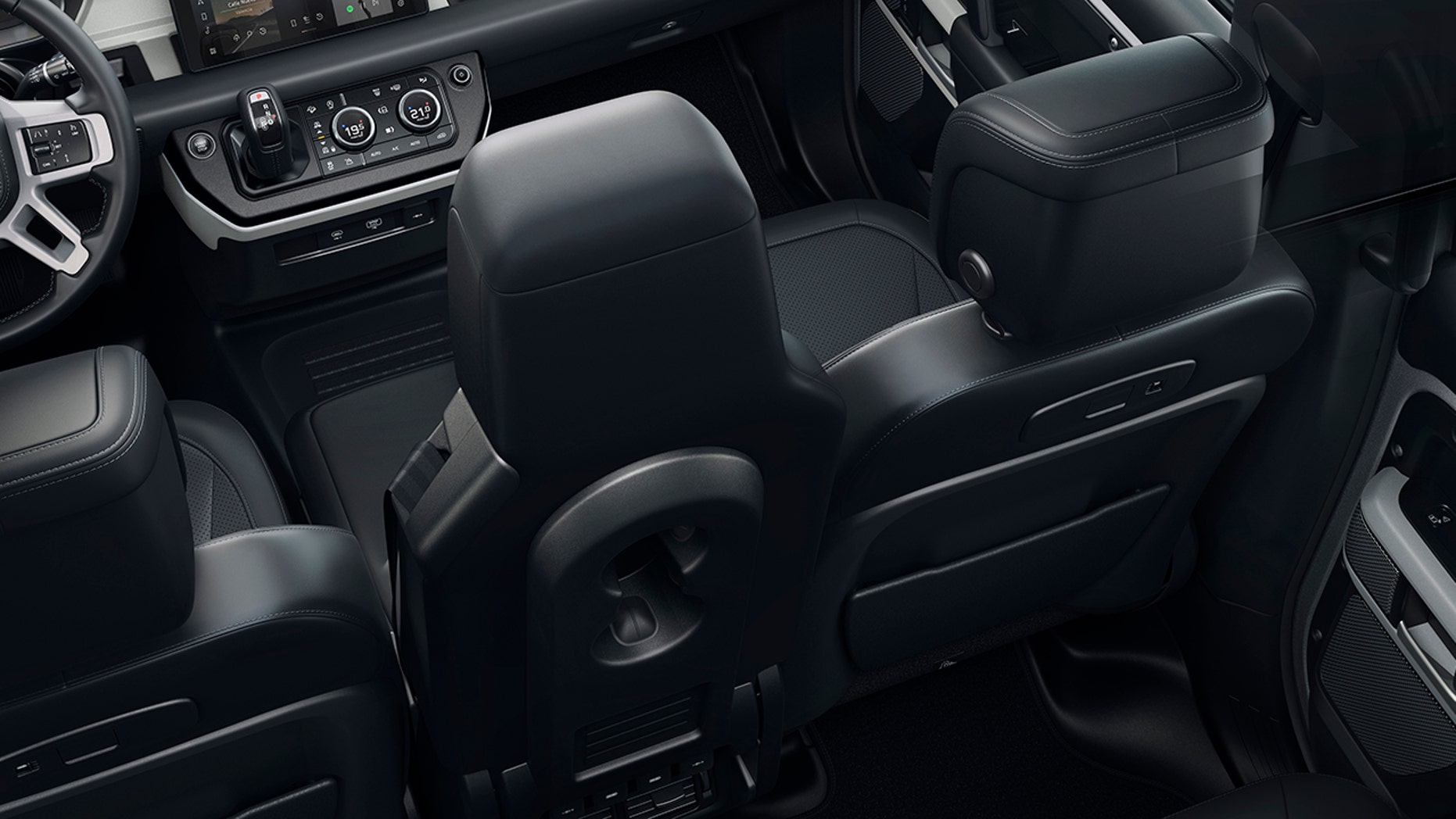 Basically the same measurements as the Jeep Wranglers they will compete against, the Defenders have slick bodywork that differs with the military-inspired styling of both the American versions and of The Original and does not have a removable roof. Optional equipment can be installed to give it a more rugged appearance, however, including a roof rack, roof ladder, wheel arch protectors and cargo carriers that mount over the rear side windows and function like motorcycle saddlebags. An air compressor and a pressurized water tank for rinsing off dirty gear are also included with some trim packages. 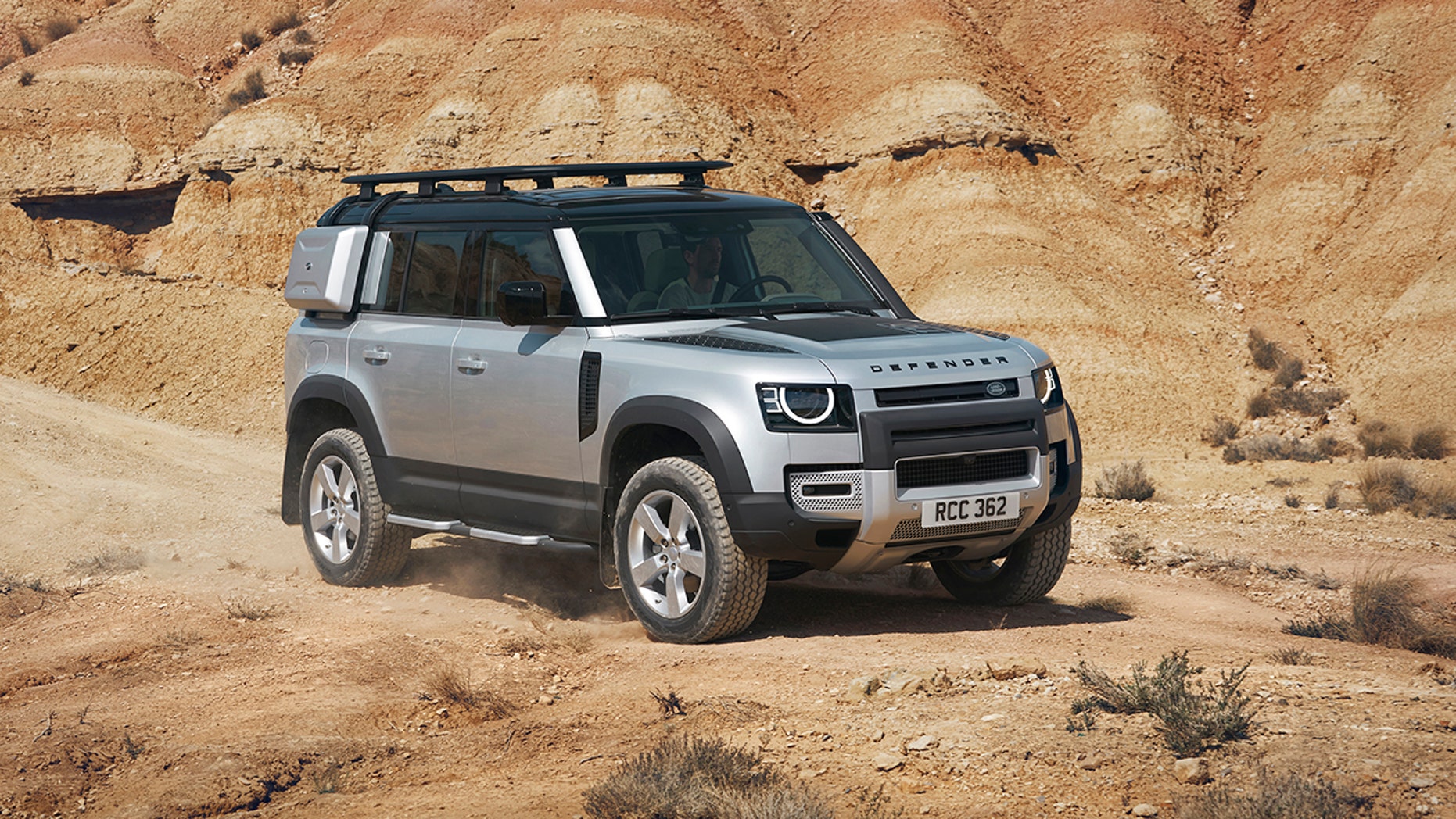 The U.S. Defenders will be offered in the beginning with two choices: a 296 hp 2.0L turbocharged 4-cylinder engine and a mild hybrid 395 hp 3.0L inline-6-cylinder with electric motor assistance. Fuel economy figures are not known, but all 110s will be able to tow up to 8201 lbs or carry a payload of 1984 lbs. 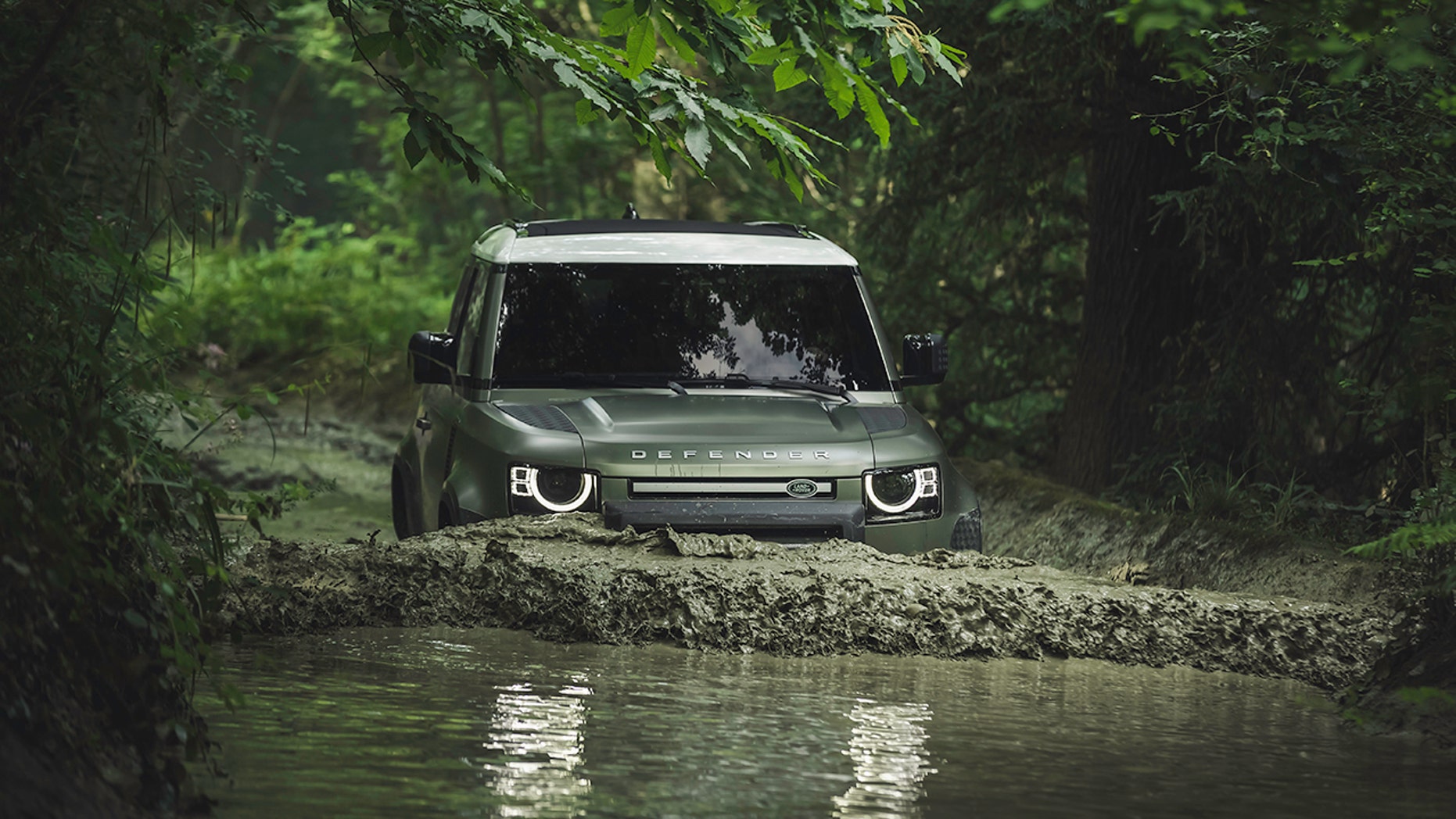 The Defender’s all-wheel-drive system features a two-speed locking center differential while the off-road-focused models add a rear axle lock. An optional air suspension system can add to the Defender’s ground clearance from 8.6 inches to 11.5 inches and give it the ability to wade through water up to nearly three feet deep. Land Rover says the Defender is also capable of climbing, descending and crisscross 45-degree grades. 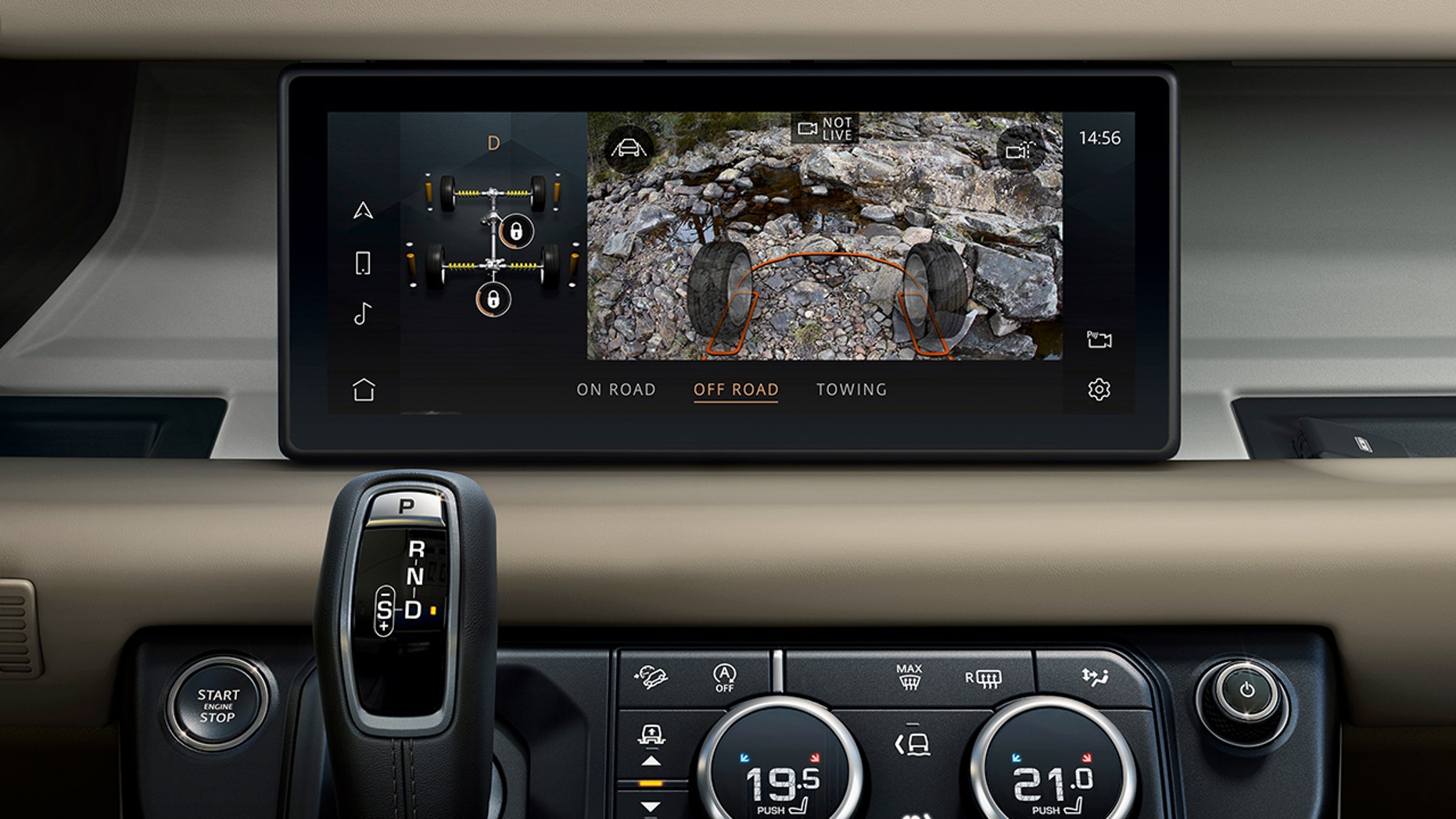 The Defender gets a single central display and a digital instrument cluster with Land Rover’s latest infotainment system, which can show a virtual view from under the vehicle and water depth information given by ultrasonic sensors. A video-equipped rearview mirror gives a feed directly from the tailgate that bypasses the heads of passengers and gear. The cabin is decorated in upscale materials like wood rails surrounding the center console and leather strips on the dashboard, but also has body-colored inserts on the door panels for a utilitarian touch. 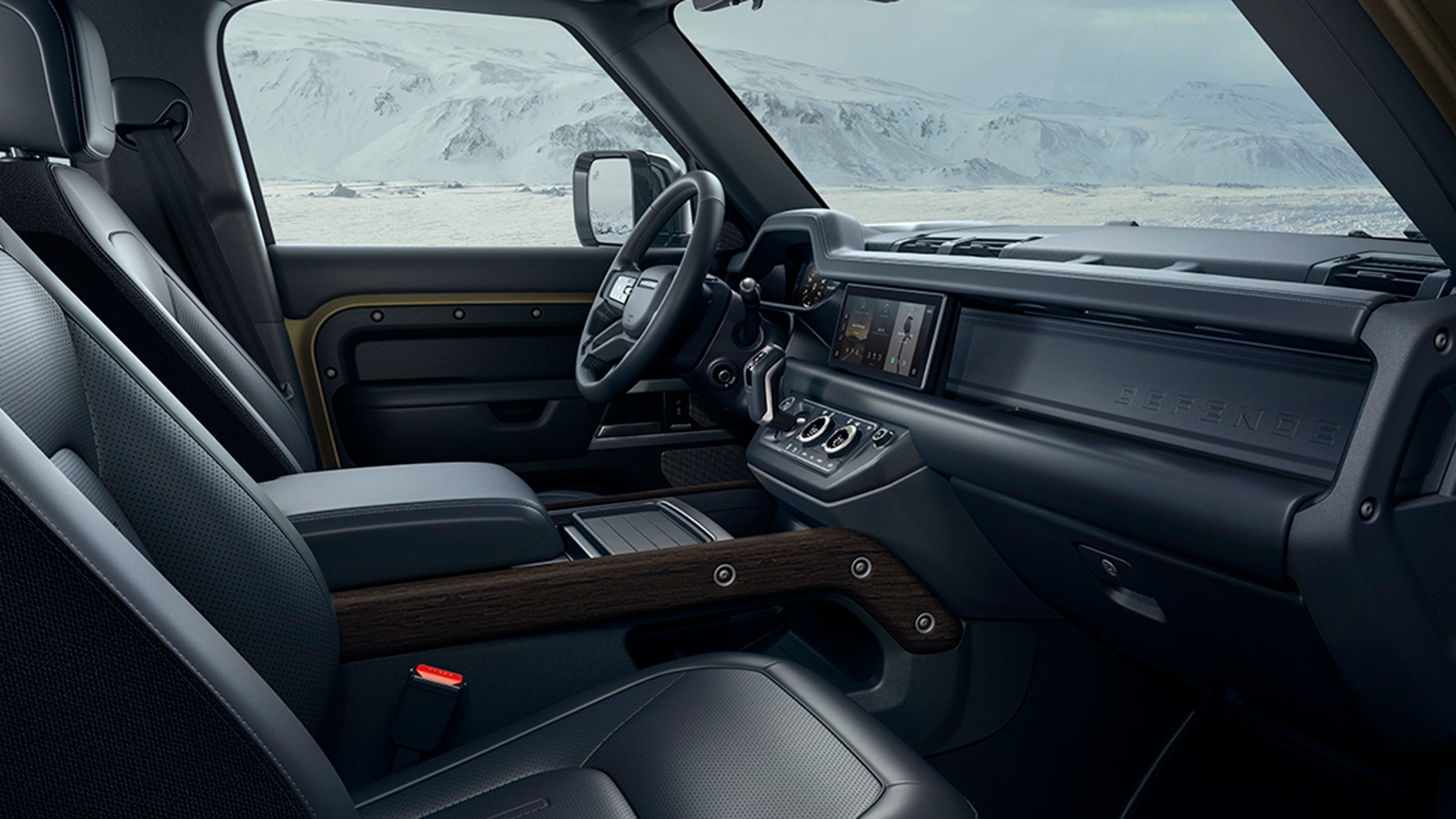 The order books are available now for Defender 110 deliveries beginning Spring 2020. Can’t wait to see the Land Rover Defender in the dealerships!