Meet the ‘Dronco’ Ford Bronco clone. Ford is planning to build a “Baby Bronco” SUV later this year, but it’s not the only one in the works. 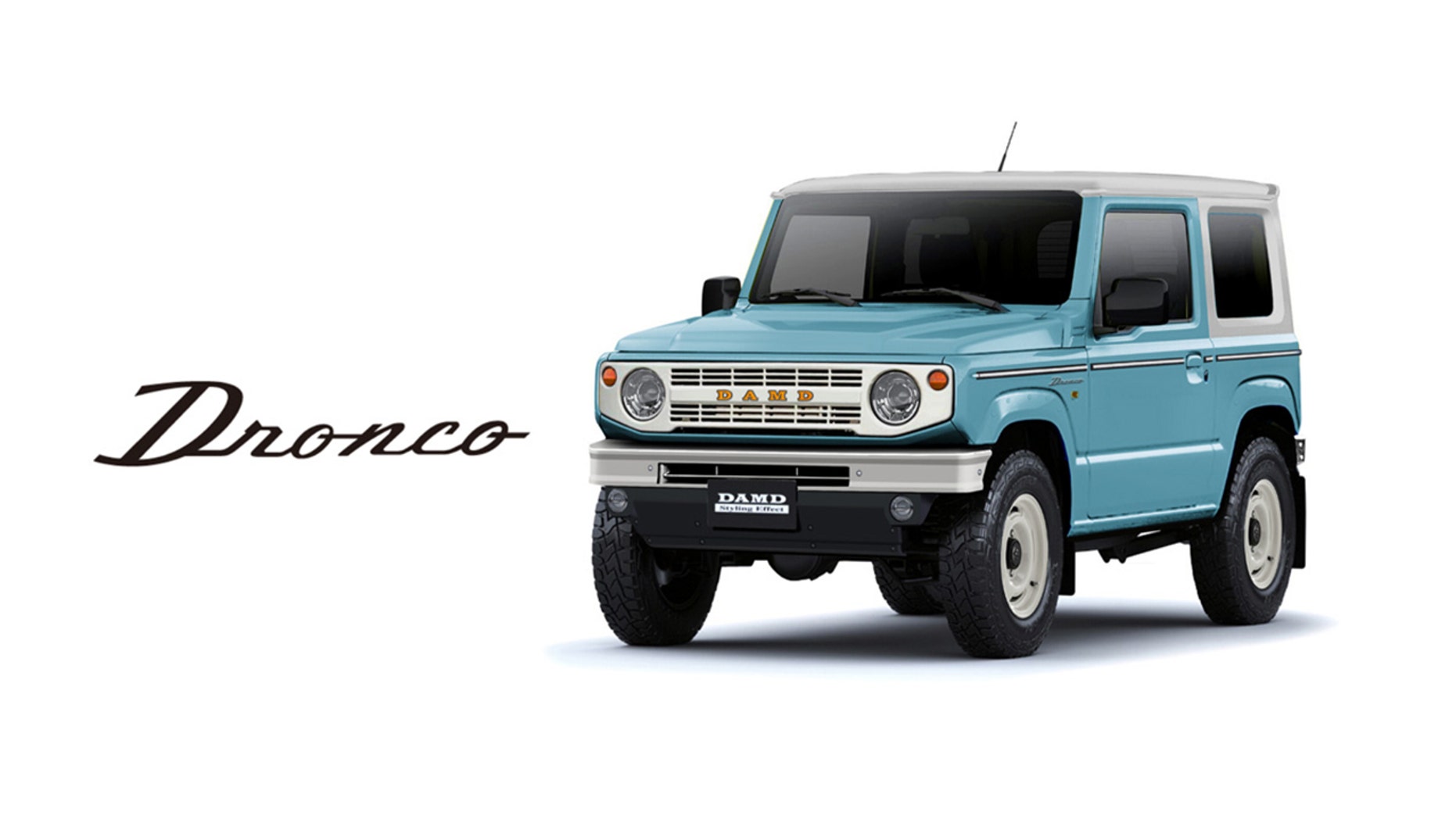 A Japanese custom car company named Dream Automotive Design and Development, known as DAMD, is developing a “Dronco” bodykit for the small Suzuki Jimny 4×4 that is inspired by the original 1966 Bronco and will go on sale later this year. Just not in The United States. 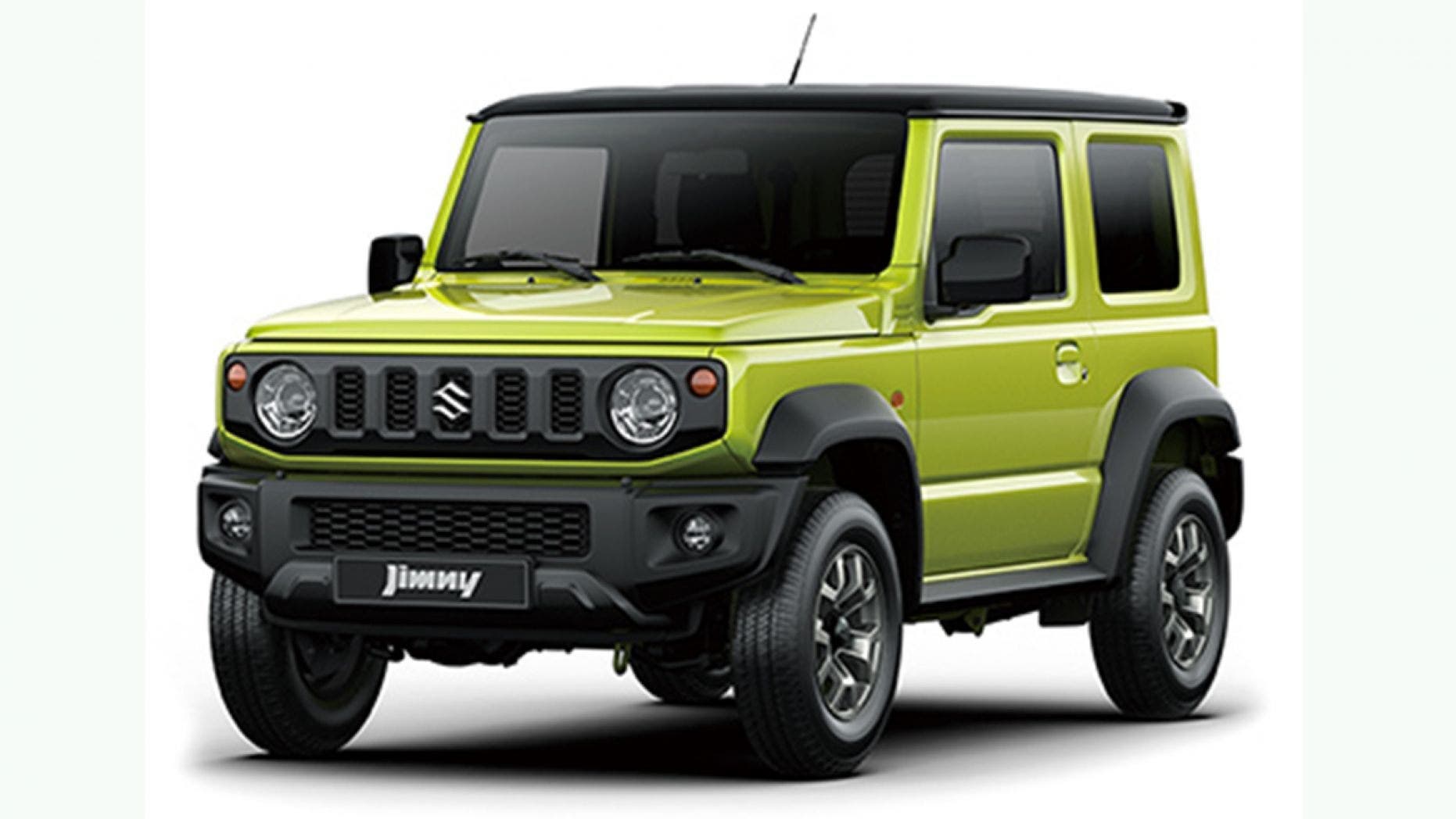 The Jimny is a successor to the Suzuki Samurai that was once available in the United States, and won’t be for sale here because Suzuki pulled out of the market in 2012. The latest vehicle that was introduced in 2019 has been a huge success and was named World Urban Car of The Year. 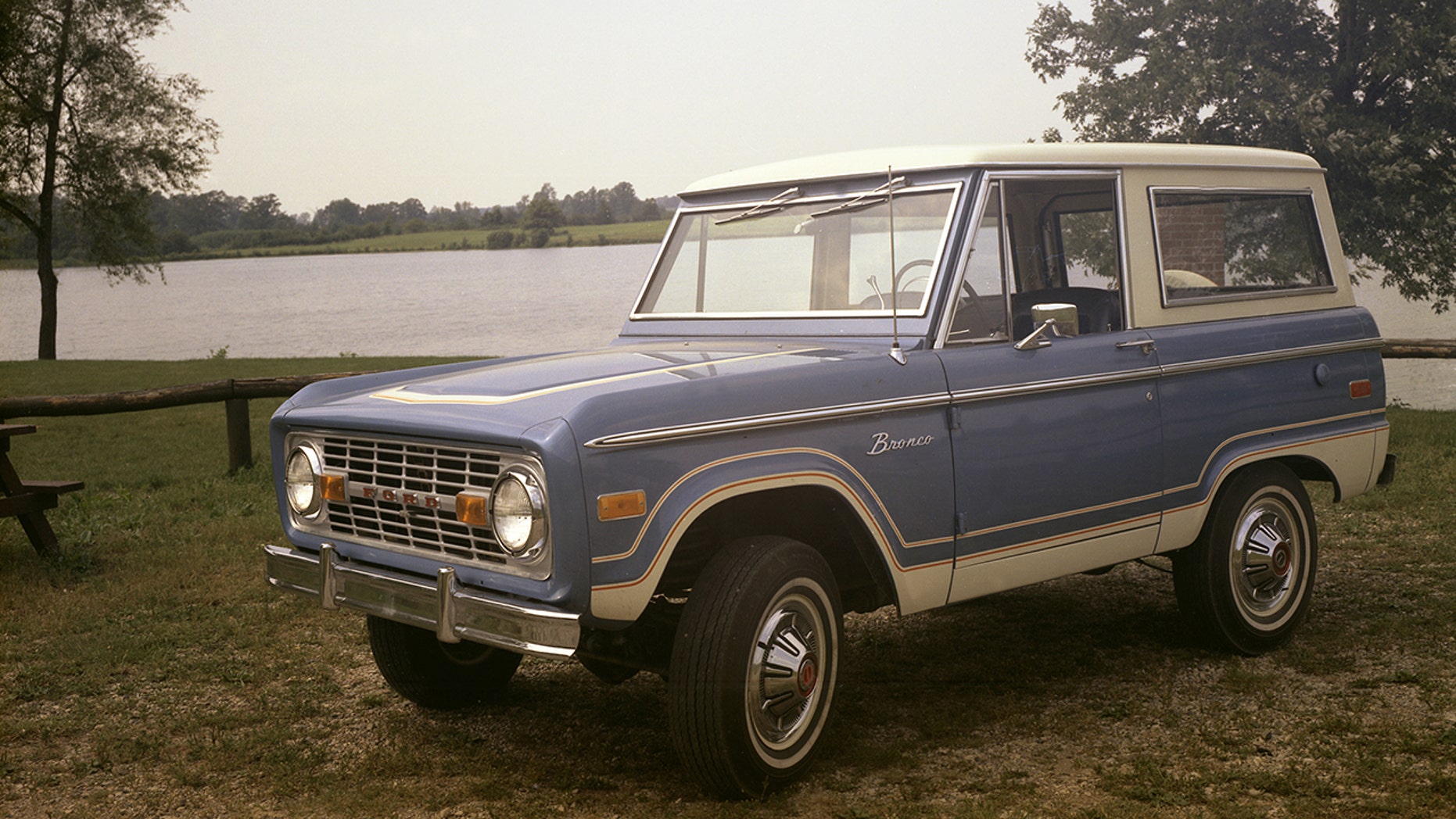 The Dronco comes with old fashioned steel bumpers, a two-tone paint job, a vintage-style grille, rub strips on the doors and fenders, white steel wheels and a roof ladder that give it “good old American and beautiful styling” according to DAMD’s website. 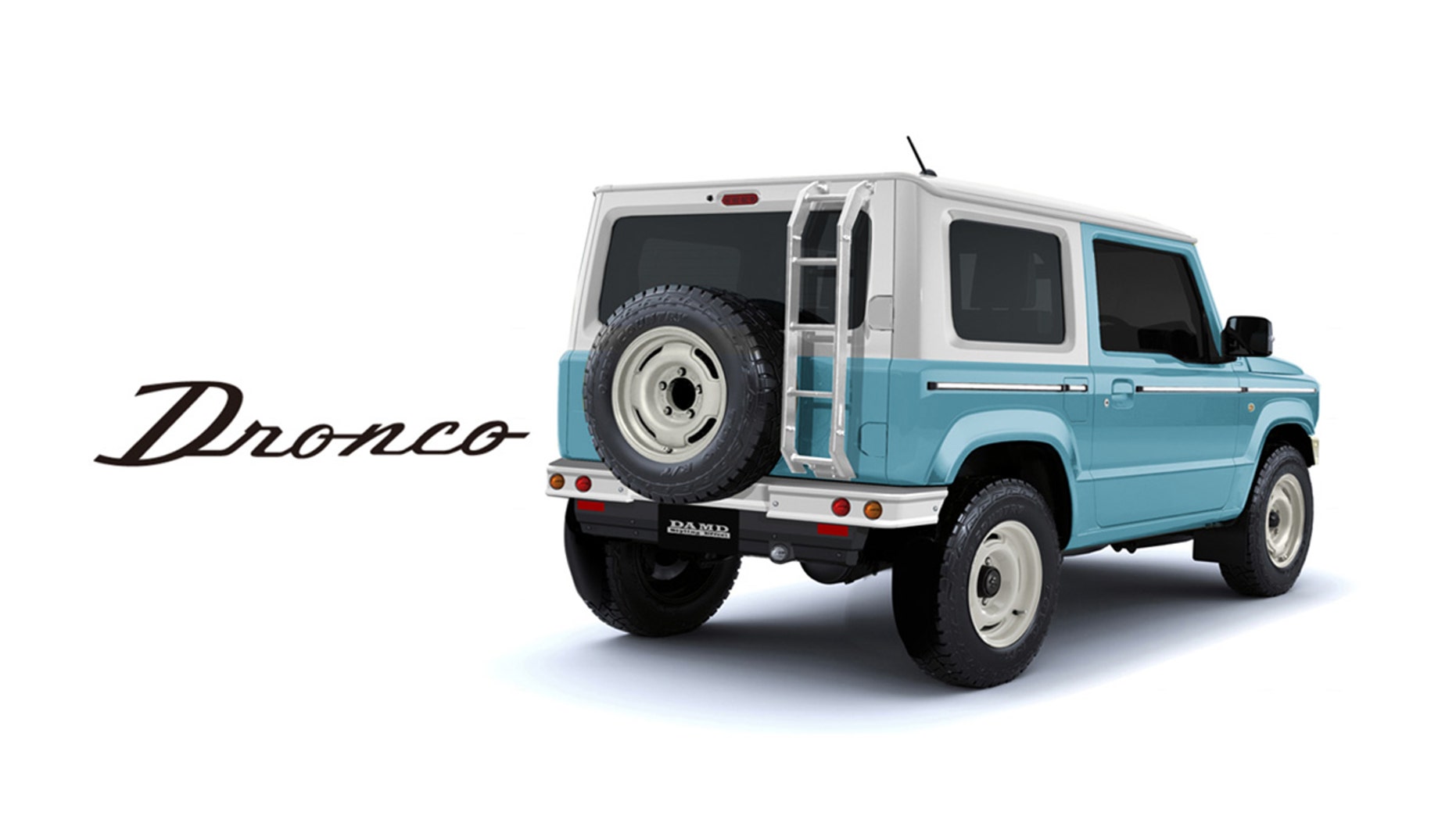 Pricing hasn’t been announced yet, but DAMD also sells $3000 kits that turn the $15,000 Jimny into Land Rover Defender doppelgangers and Mercedes-Benz G-Wagens. 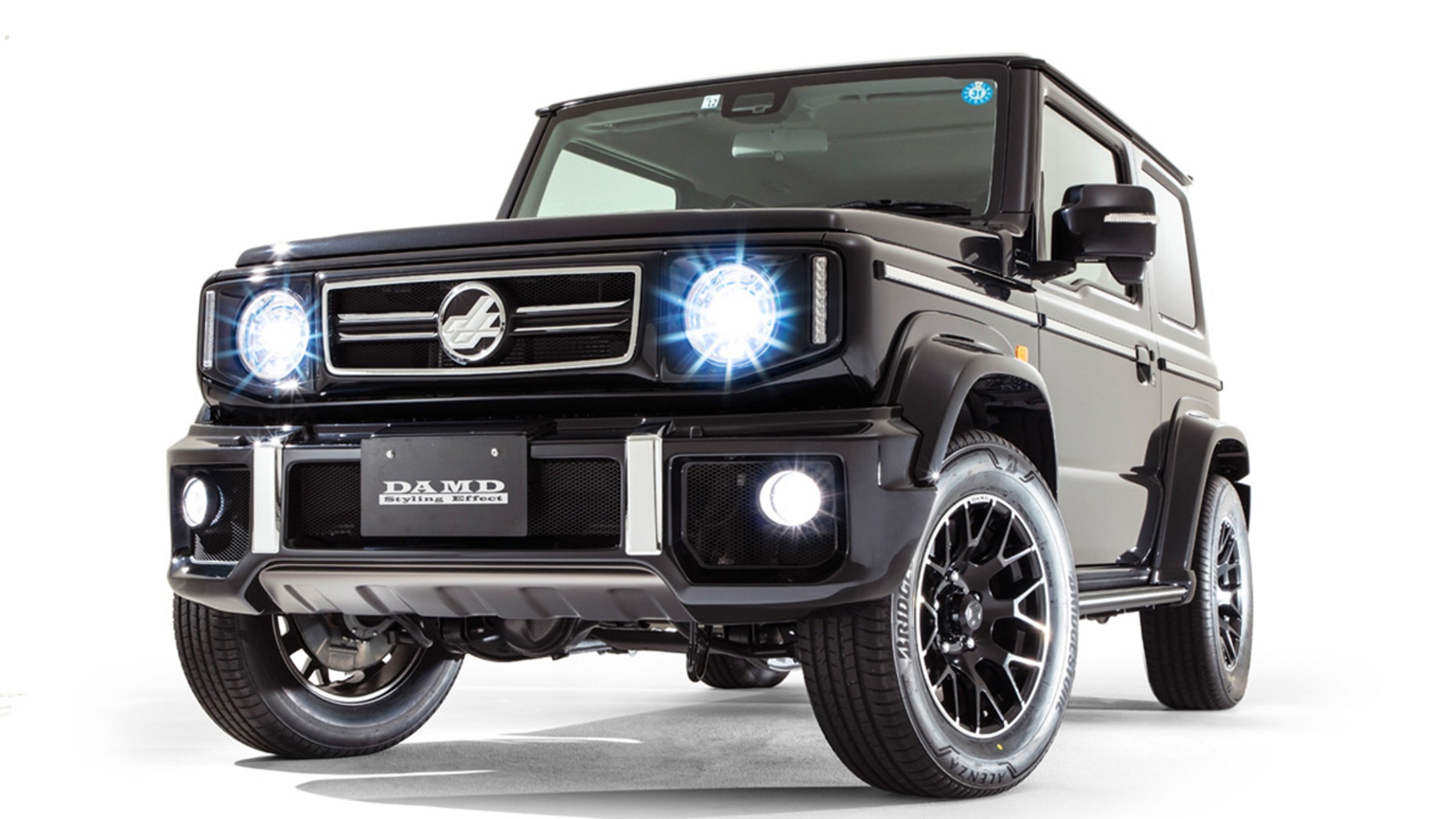 Along with the Escape-based “Baby Bronco” crossover, Ford is coming out with a rebooted Bronco truck this spring with its own retro styling.