NASCAR legend Junior Johnson dies at 88. Junior Johnson, the son of bootlegger from North Carolina who became one of the first superstars of NASCAR in the 1950s and 1960s, has died. He was 88.

NASCAR broke the news of Johnson’s death Friday. No cause of death was given, but a statement from the racing association said Johnson “had been in declining health and entered hospice care earlier this week.”

“Junior Johnson truly was the ‘Last American Hero,'” said NASCAR Chairman and CEO Jim France, referencing the title of a 1965 Esquire magazine essay about Johnson by author Tom Wolfe. “From his early days running moonshine through the end of his life, Junior wholly embodied the NASCAR spirit. 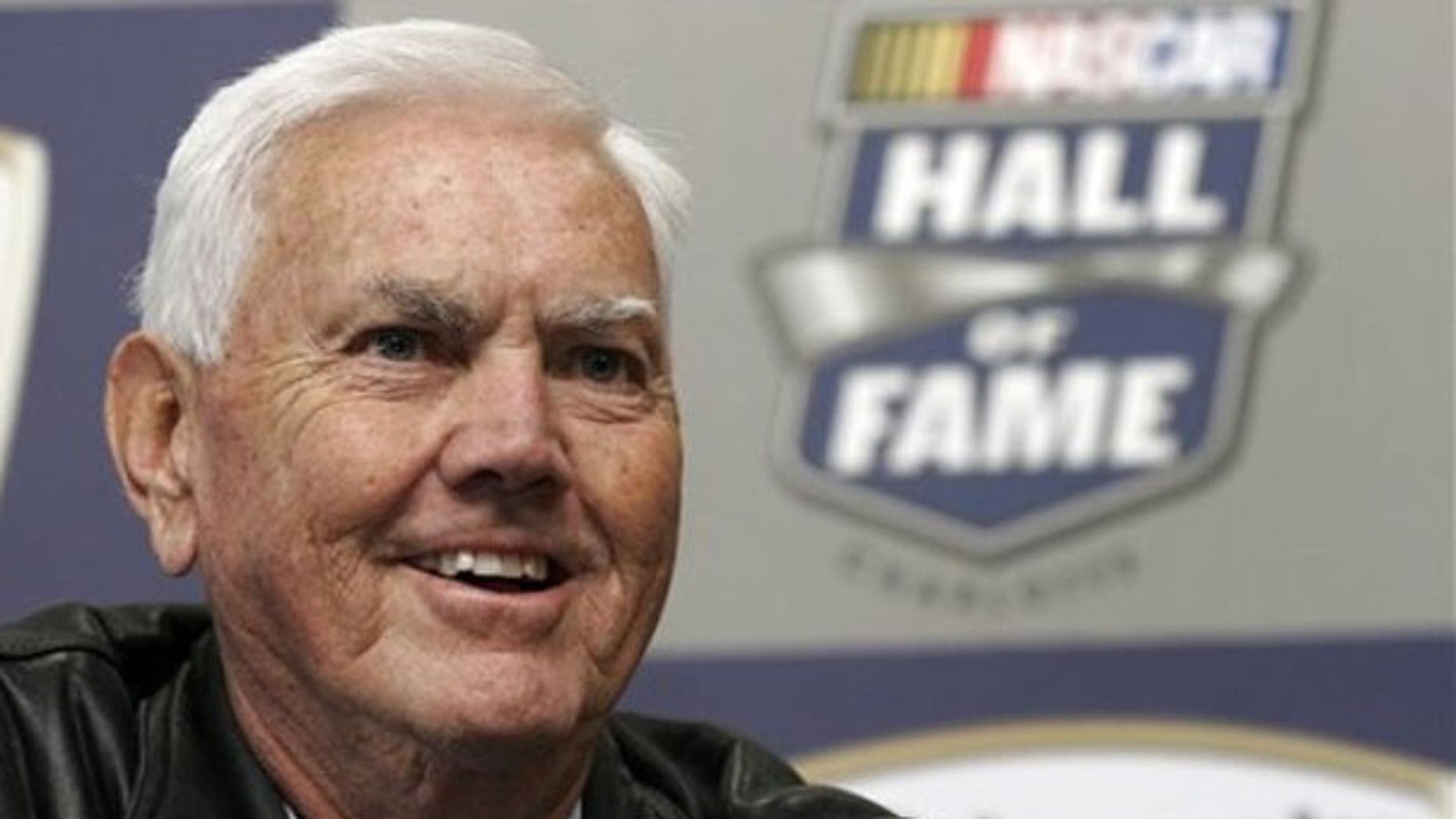 “He was an inaugural NASCAR Hall of Famer, a nod to an extraordinary career as both a driver and team owner. Between his on-track accomplishments and his introduction of Winston to the sport, few have contributed to the success of NASCAR as Junior has. The entire NASCAR family is saddened by the loss of a true giant of our sport, and we offer our deepest condolences to Junior’s family and friends during this difficult time.”

Born in 1931 outside North Wilkesboro, N.C., Johnson got his driving skills running moonshine through hills, a crime for which he received a federal conviction in 1956 and a full pardon from President Ronald Reagan in 1986.

Johnson won 50 races over a driving career that began in 1953 and came to an end in 1966, and today remains the winningest driver who never won a series championship. He also won the 1960 Daytona 500, which was ran in four hours and 30 seconds, the slowest edition of “The Great American Race.”

He was a car owner for drivers that included Darrell Waltrip, Cale Yarborough, Bill Elliott and Terry Labonte that claimed six Cup championships. His last race win as an owner was the 1994 Southern 500 with Bill Elliott.

When I was a kid growing up in Owensboro, Ky I dreamed of meeting Jr Johnson, my dream came true, meet him, he became my boss and made me a champion, I loved that man, God Bless Jr and his family,
You were the greatest! RIP

“He became my boss and made me a champion, I loved that man, God Bless Jr and his family. You were the greatest!” Waltrip said on Twitter.

Johnson is also credited with bringing the R.J. Reynolds Tobacco Company to NASCAR, which led to Winston sponsoring its premier series from 1971-2003.

“The Last American Hero is gone and so leaves a huge dent in NASCAR racing. Junior Johnson was one of American sports’ great characters and one of the best racer and car owners ever. His mountain man drawl and tricks were legendary,” former race promoter Humpy Wheeler said. “He’ll go down as one of racing’s great ticket sellers.”

Johnson is credited with discovering drafting, a tactic using the slipstream of the car in front of you to keep up or slingshot past. He won the Daytona 500 using that tactic to outrun several cars that were about 10 mph faster.

When Johnson was young, he built himself a reputation as a moonshiner who could outrun the law on the mountain roads like no one else. He’s credited with inventing what’s called the Bootleg Turn, a tactic that spins the car into a quick 180-degree turn and sends it speeding off in the opposite direction. 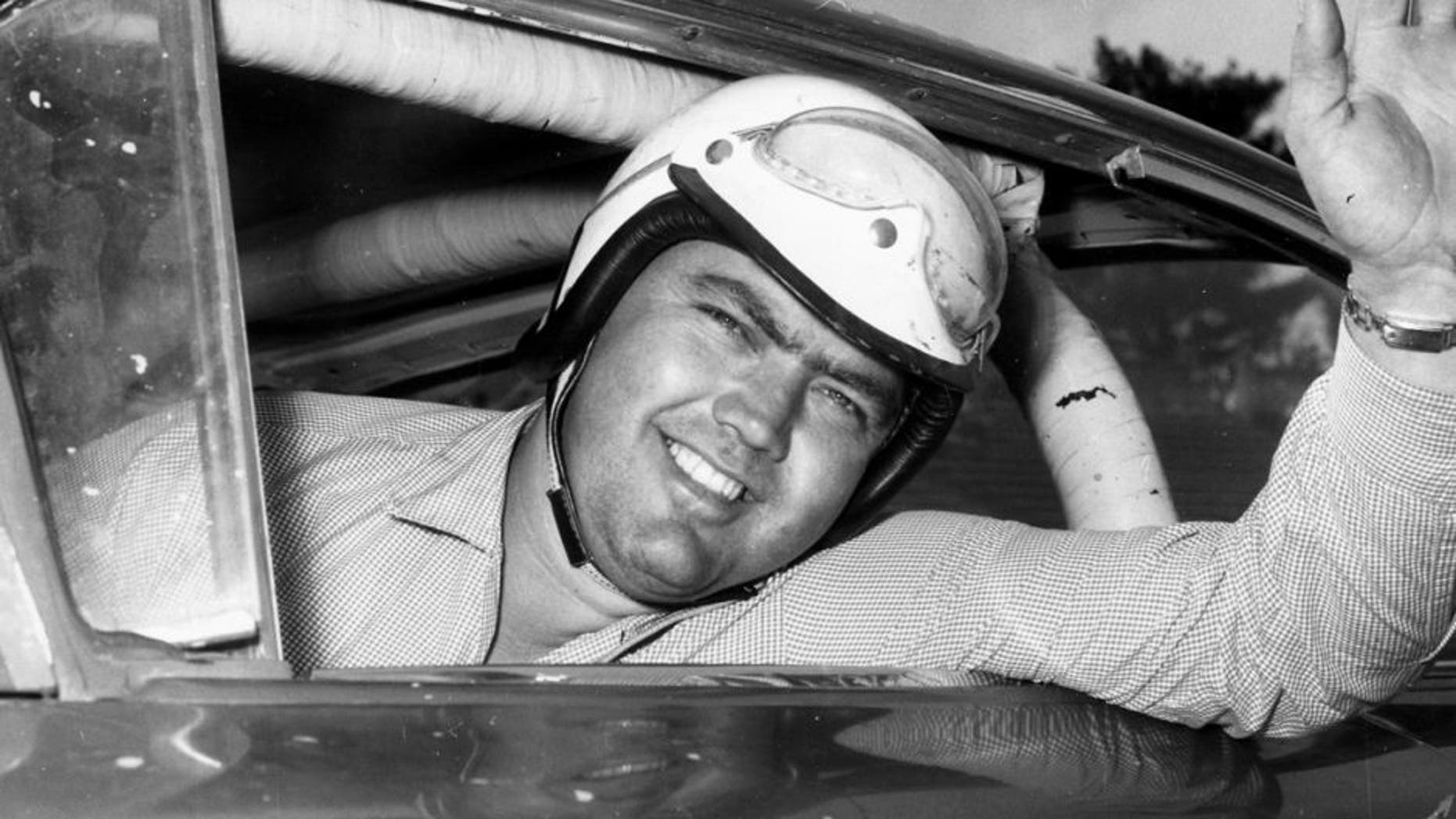 Johnson began driving at 8 years old, way before he had a license.

“I didn’t need one anyway,” he often said with a laugh. “They weren’t going to catch me.”

Johnson retired from the sport in 1996 to focus on his other businesses, including a line of fried pork skins and country ham.

“I had done just about everything in racing that I wanted to do,” Johnson said in an interview with The Associated Press before driving the pace car for the start of the 2008 Daytona 500, the 50th running of that event. “I do miss being in the garage sometimes, but I just wasn’t excited about going racing anymore.”

Johnson was never caught by the law on the roads during his moonshining days, but he was arrested by the feds in 1956 when he was caught working at his father’s still. He was sentenced to 20 months in prison, but was released after 11 months in Chillicothe, Ohio.

A lifelong Democrat, Johnson was pardoned by Reagan. In his later years, Johnson often said that the pardon in December 1986 was “the greatest thing in my life.”

The Associated Press contributed to this report.