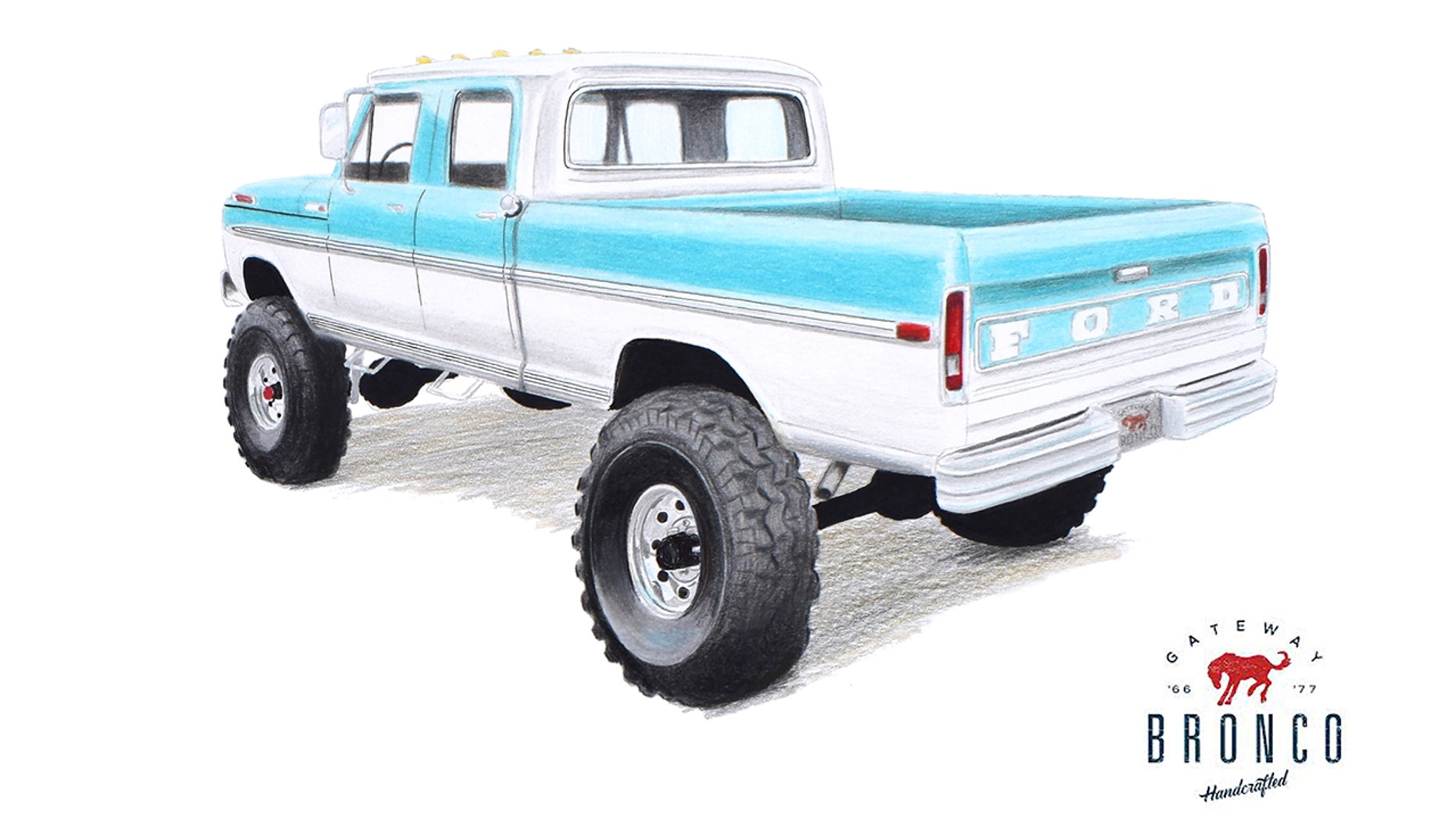 Its first commission is for a 1969 F-250 equipped with a 700 HP supercharged version of Ford’s new “Godzilla” 7.3L V8. Gateway starts its builds with donor trucks in solid condition, then strips them down and refreshes them with a powder-coated chassis, a lifted four-link suspension, an electronically-controlled 4×4 system and an updated drivetrain that includes a 10-speed automatic transmission and a choice of the 7.3-liter or a 5.0-liter “Coyote V8” with or without supercharging. 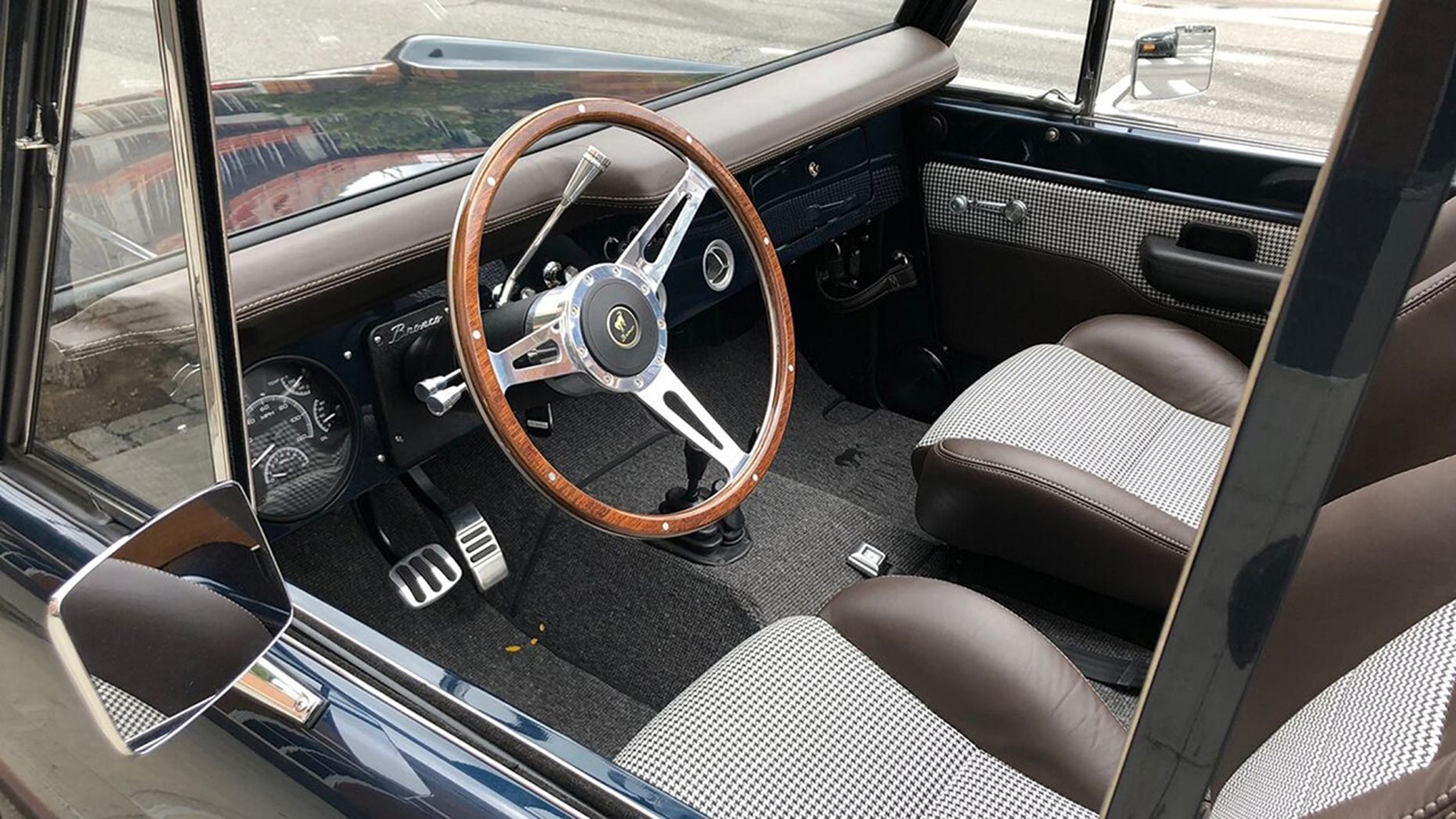 The interior can be made and trimmed in a variety of high-end materials, such as bison leather and reclaimed barn wood. Gateway uses machines to retro knobs and buttons that resemble original equipment, including an electric window switch that looks like a crank handle.

Gateway also offers electric models of its Broncos powered by a 260 hp/330 lb-ft motor that’s designed to look like a V8 and company founder Seth Burgett told The Motor Masters it already has orders for a couple of F-Series with it. 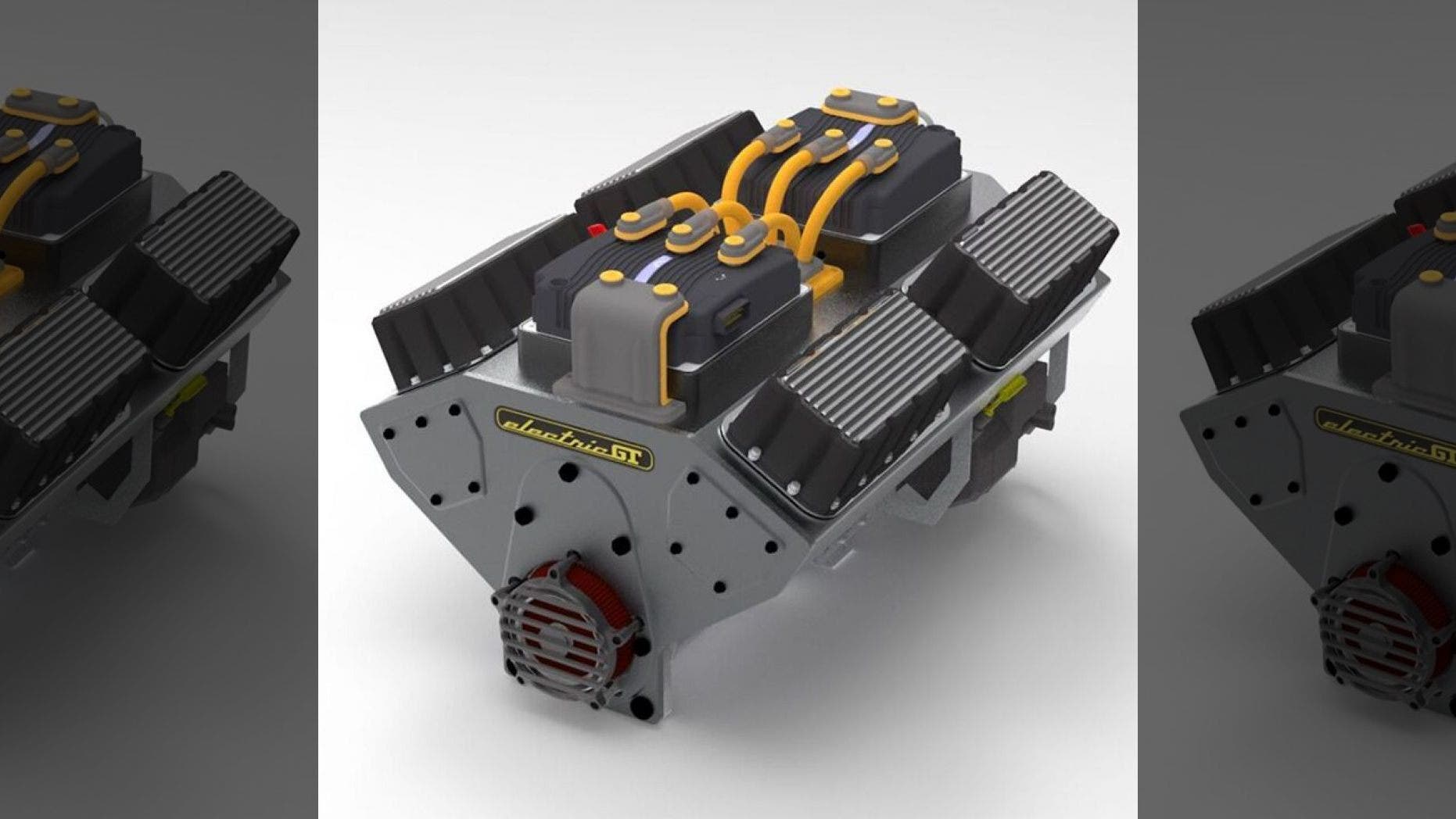 All of Gateway’s trucks are officially licensed by Ford, and Burgett said he chose the fifth-generation pickup as its second model because it’s one of the hottest on the collector truck market, with lots of interest today.

The Illinois-based company currently completes -between one and two Broncos a week that sell for $150,000 to over $300,000 and the F-Series is similarly priced. This F-250, which is supposed to be completed in time for the SEMA aftermarket parts show in Las Vegas in November, if it happens, cost an eye-watering, but quite-appropriate $250,000.

Lets hope that Gateway Bronco is a success with their 1969 Ford F-250 monster truck.