The original Aerosmith tour van used in the 1970s was found by “American Pickers”. This van definitely rocks. 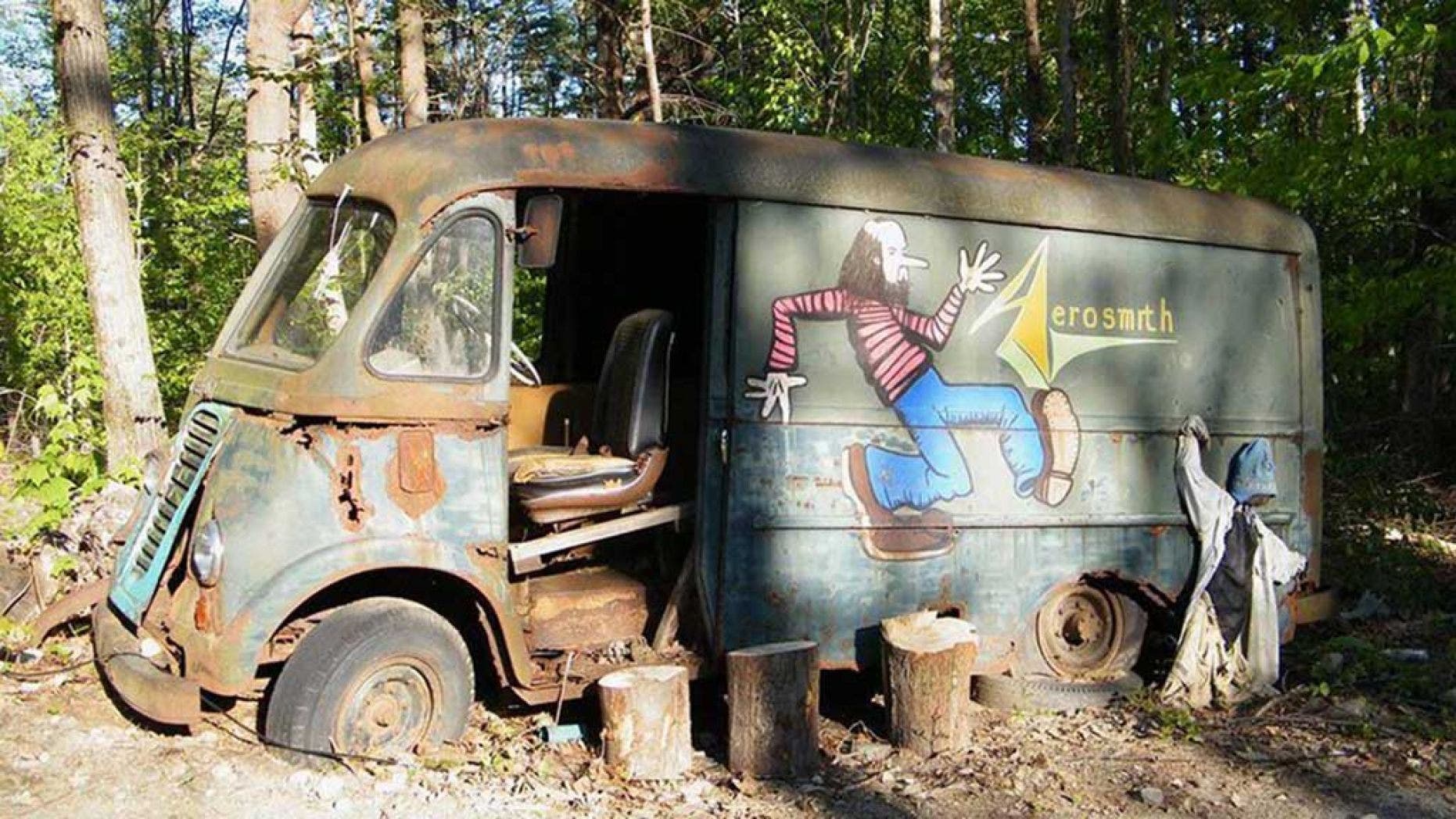 Last year “American Pickers” Mike Wolfe and Frank Fritz got a call about an old 1964 International Harvester Metro van rusting away in the woods on a Massachusetts property. It turns out to be the original tour van Aerosmith used in the 1970s when they were an up and coming act.

It was nowhere near to be in running condition, but still had the band’s name and artwork painted on the side. After its authenticity was confirmed, the “Pickers” bought it for $25,000 with plans to bring it back to life.

“It’s obviously the most incredible thing we’ve ever found in our lives,” Wolfe said on the History program.

When Aerosmith heard they bought it, the band called them and said they wanted to buy it back … once it is fixed fixed. Wolfe said he was honored that they put their trust in him with overseeing the task. 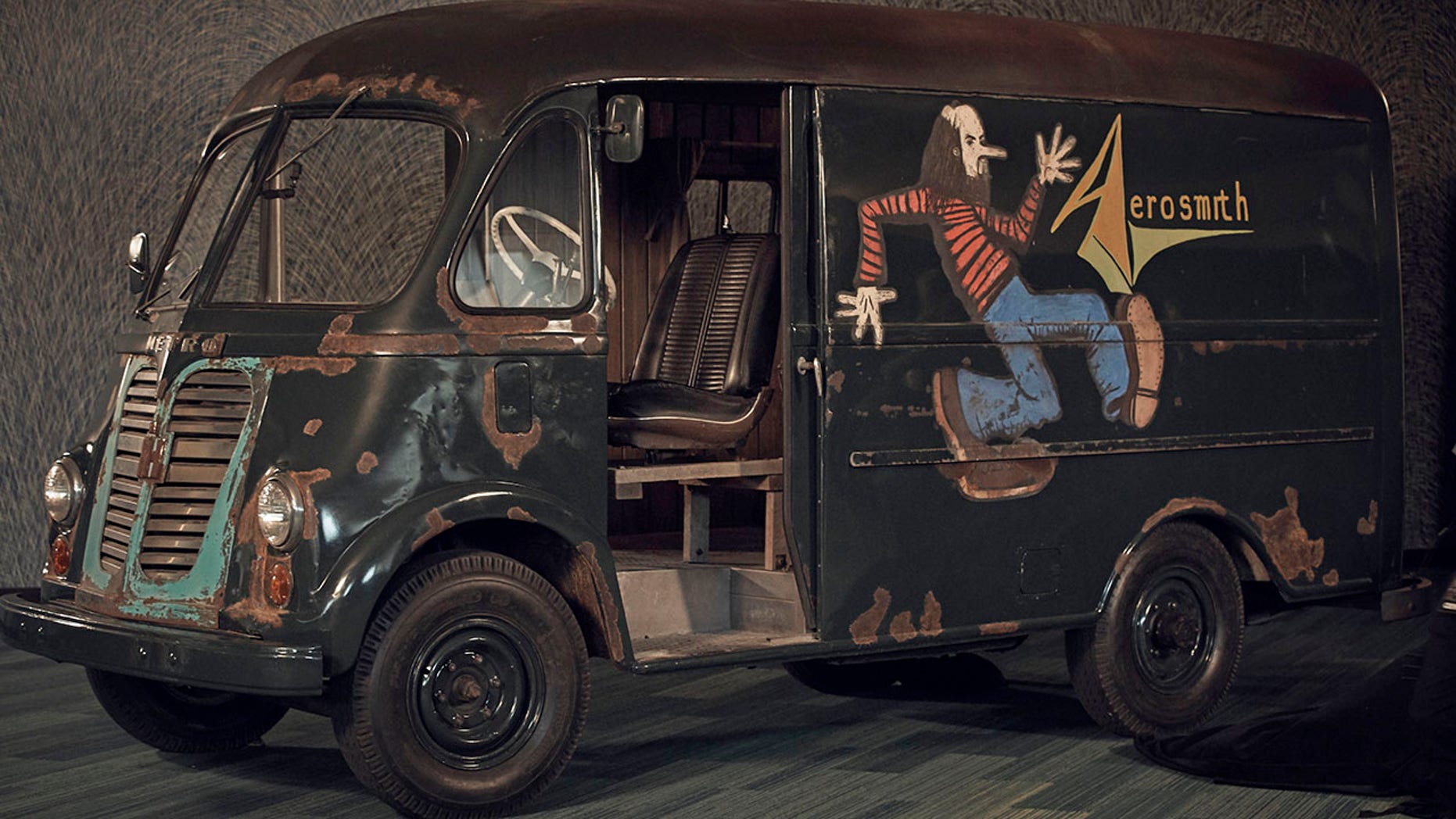 The “American Pickers” team located an identical truck to use for parts, and saved as much of the original as they could. They integrated the new engine, frame and rear end, but was able to preserve the painted side panel and some other features. They replicated the rest from old photos, including an interior decorated in period correct wood paneling. 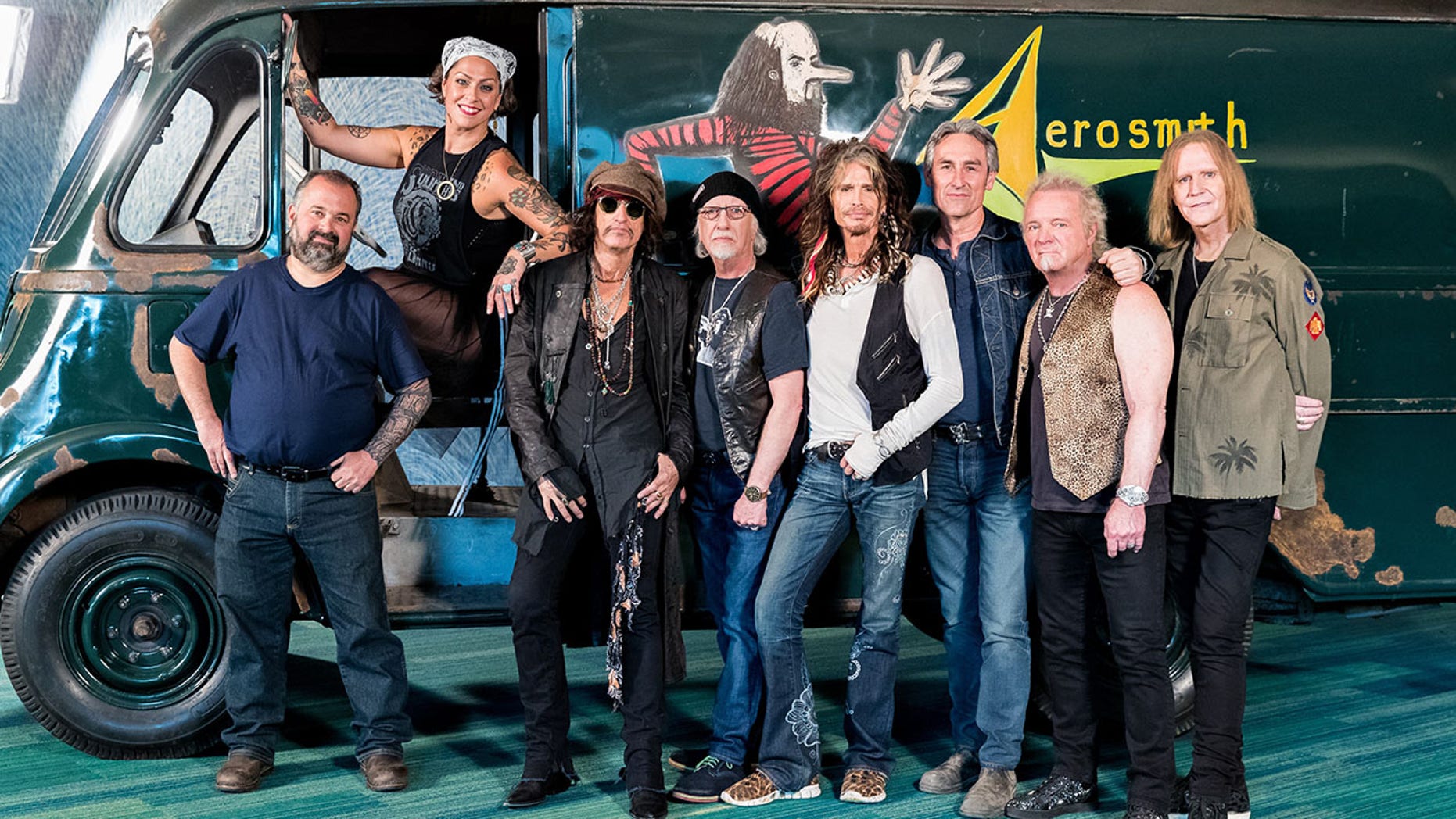 After the work was done, Wolf and Fritz met with Aerosmith in Las Vegas where they have been playing at the Park MGM and featured the reunion in a recent episode.

Lead singer Steven Tyler told stories about being on the road and sleeping in the van with brass knuckles to protect the gear after he’d had a couple of “swigs” of Jack Daniels, and pointed to the areas where he hid other recreational substances. 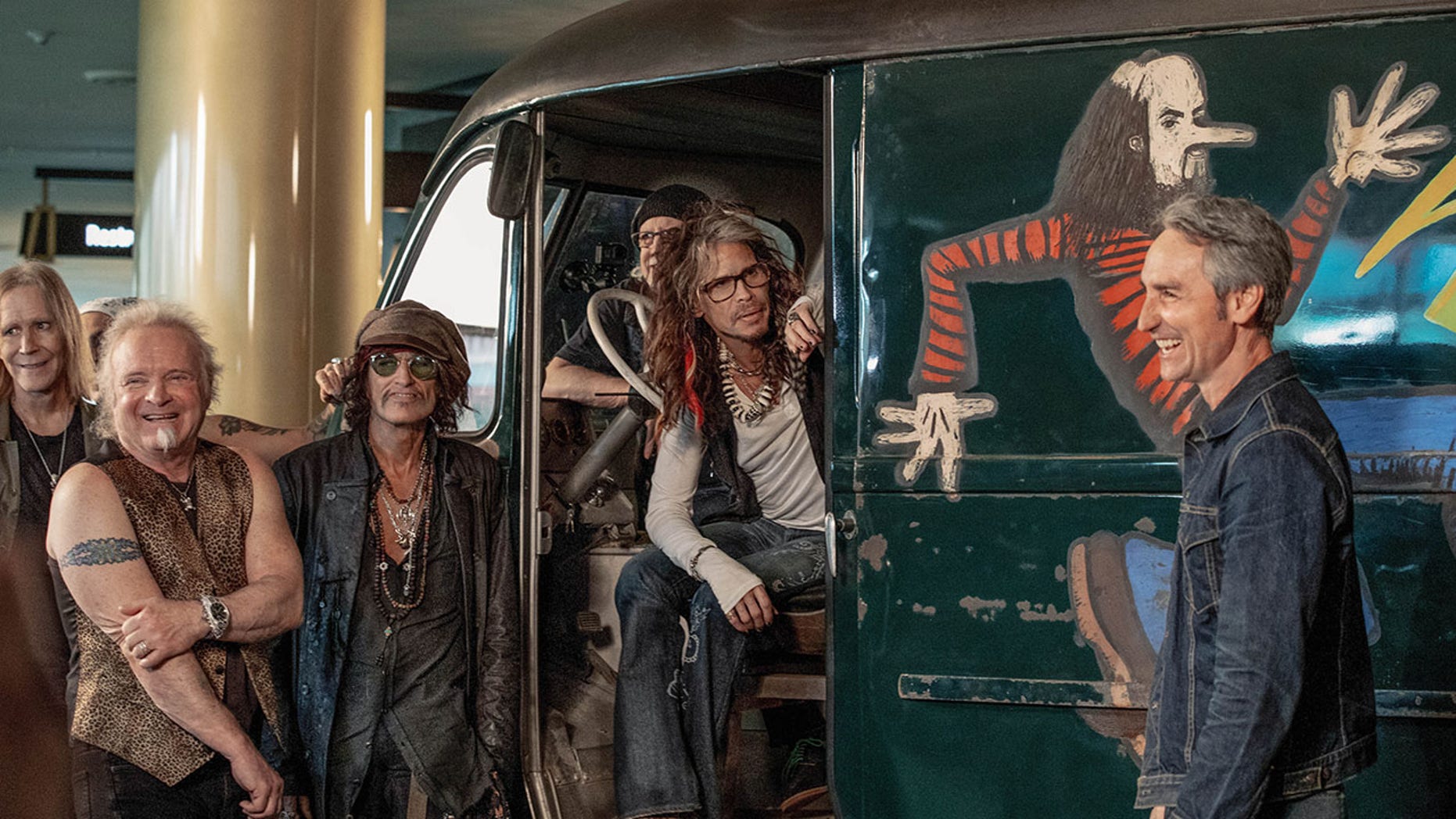 The band didn’t disclose how much they paid for it, but it has been on display in the lobby outside of their theater. Lead guitarist Joe Perry hopes it will end up in the Rock and Roll Hall of Fame at some point.

The original Aerosmith tour van is a story for the ages!