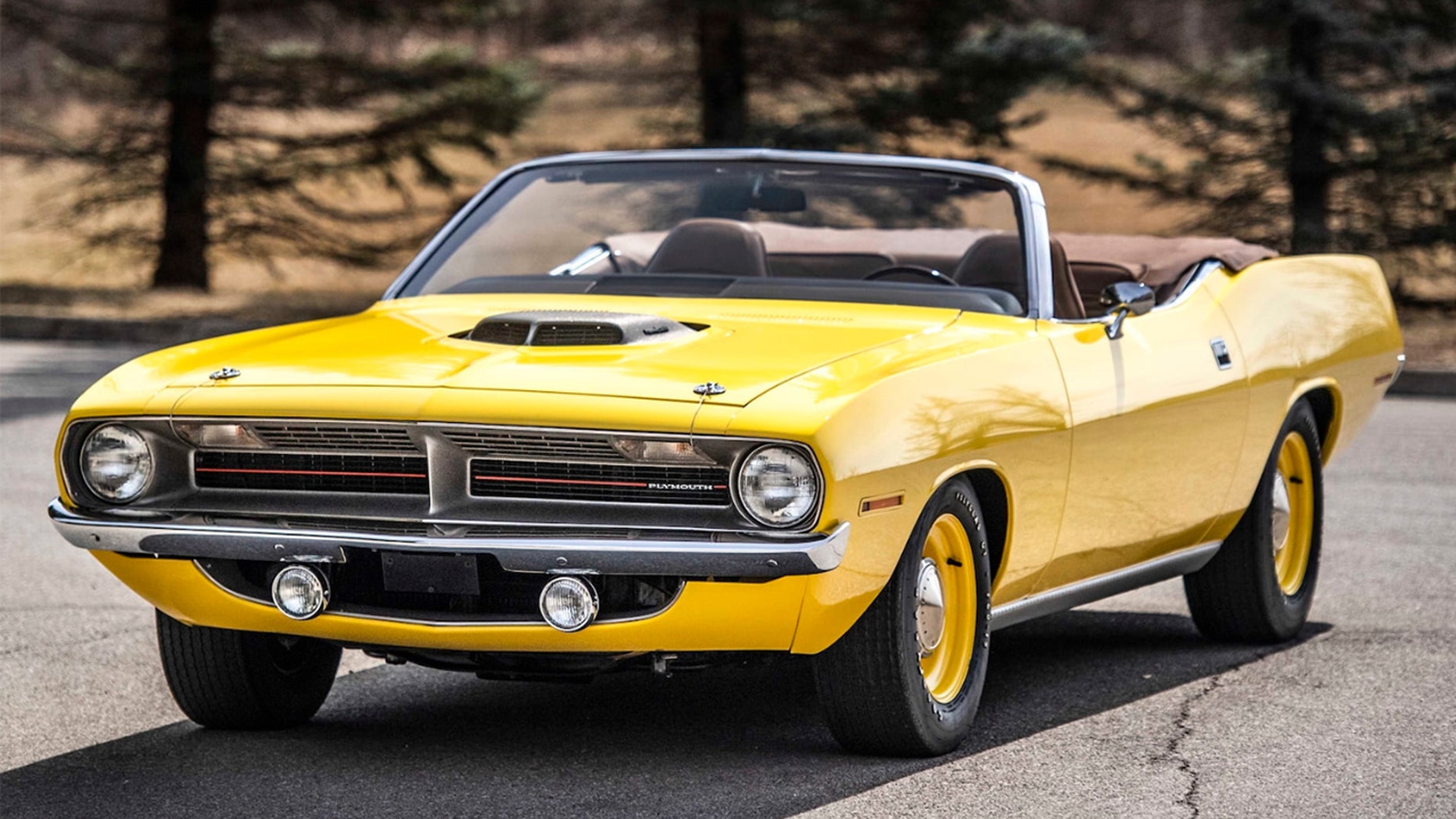 The rare Cuda convertibles are among the most highly sought-after American muscle collector cars in the market, but one of the auction cars started its life in Canada. 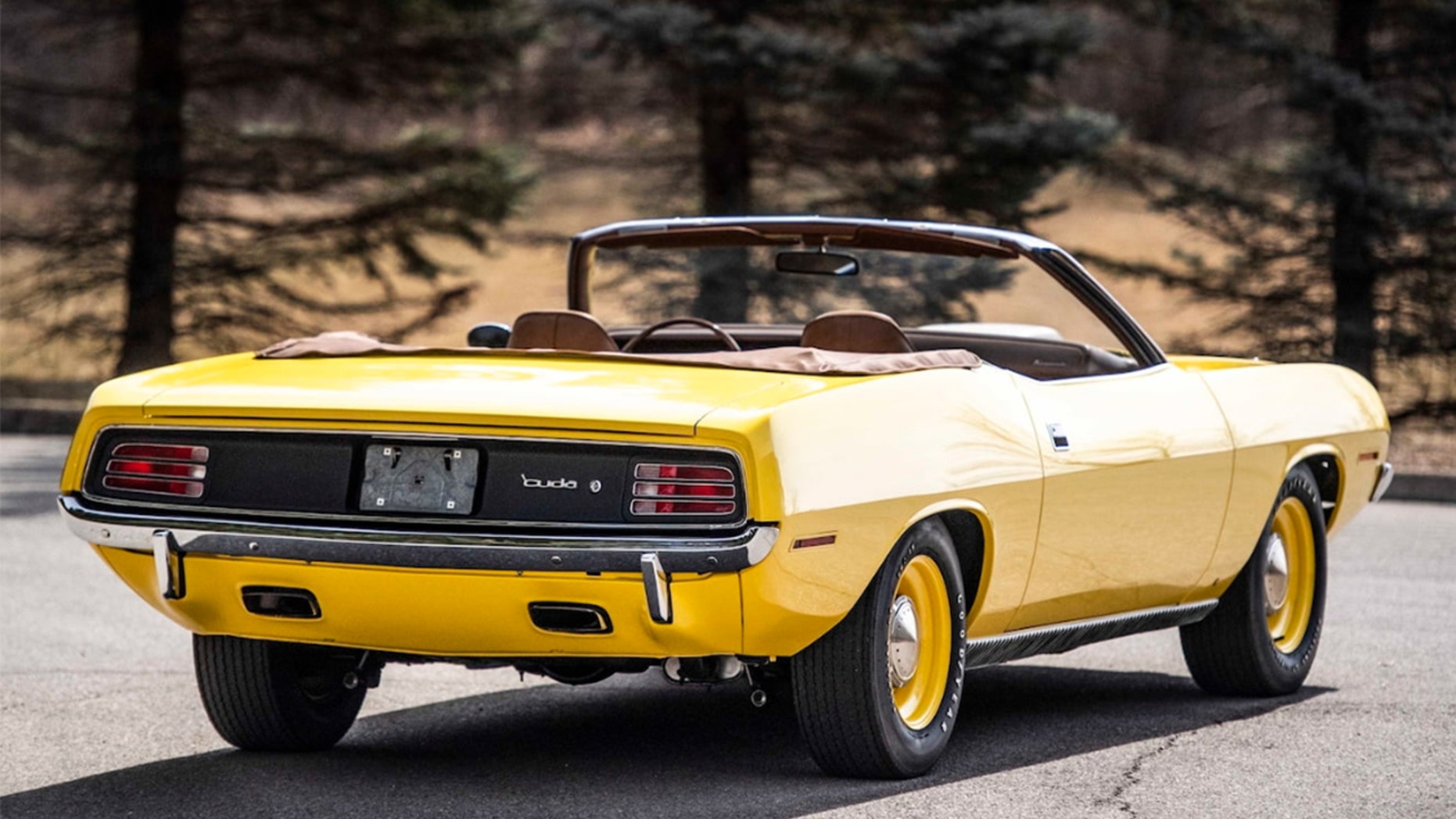 Only 14 Hemi Cuda convertibles were built in 1970, and the Lemon Twist Yellow example is one of three that were sold and delivered to Canada. 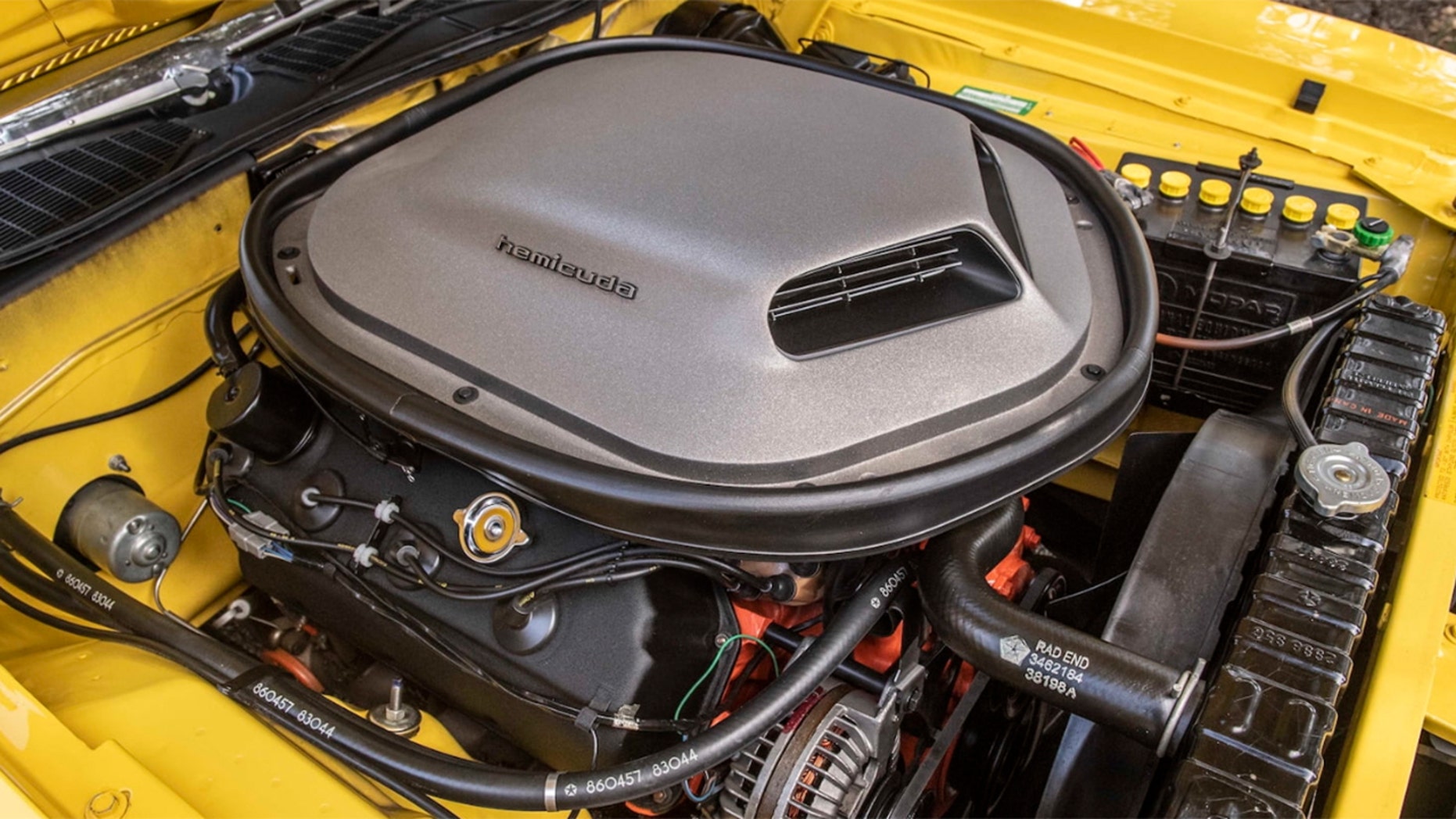 The fully restored Cuda is powered by a 426/425 V8 that breathes through an iconic Hemi Shaker hood scoop and sends its power to the rear wheels through a 4-speed Torque Flite automatic transmission. 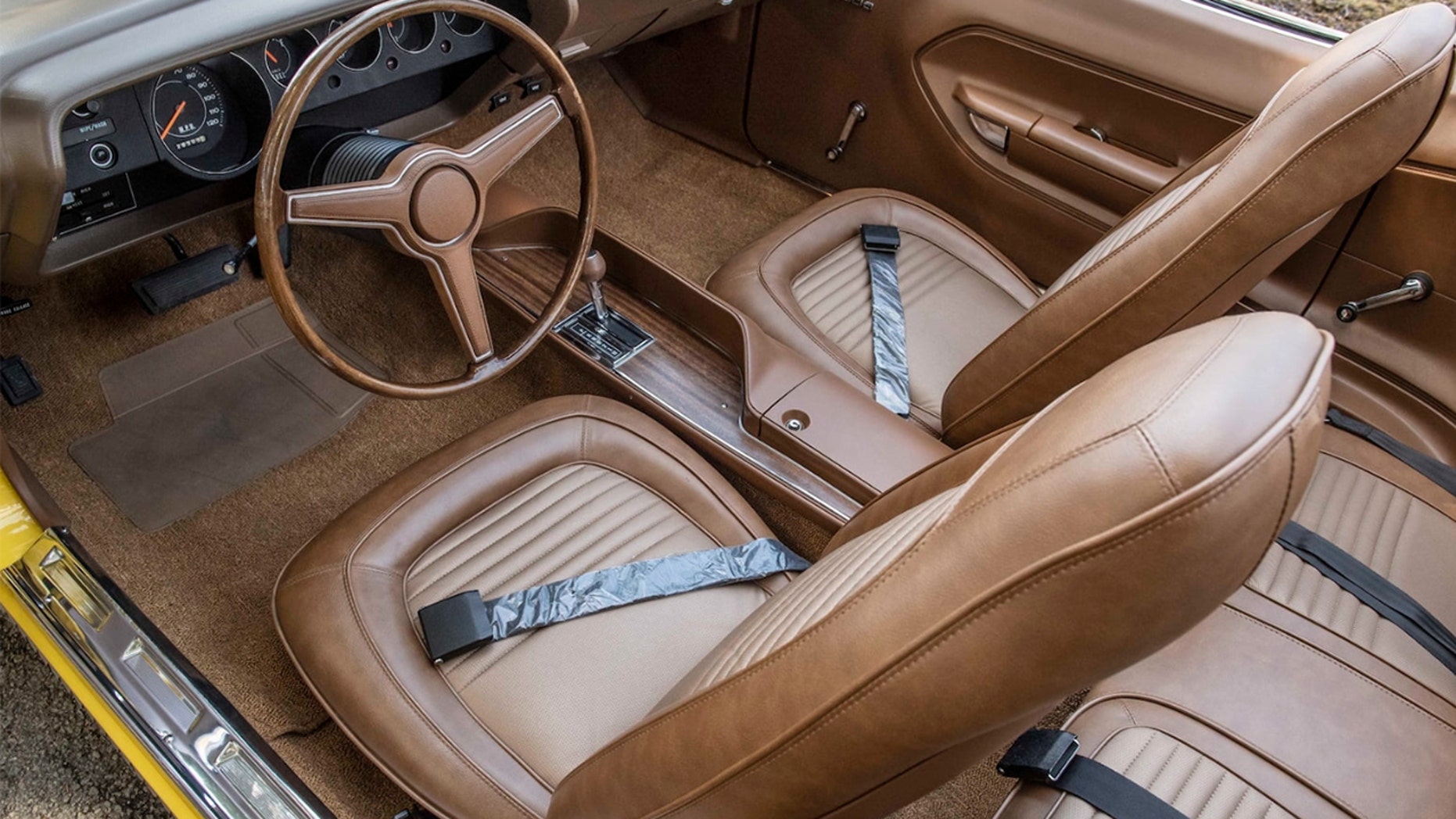 That makes it one of the most expensive Hemi Cudas to ever cross an auction block, but still way short of the record $3.5 million paid in 2014 for the only numbers-matching 1971 Hemi Cuda Convertible with a manual transmission. 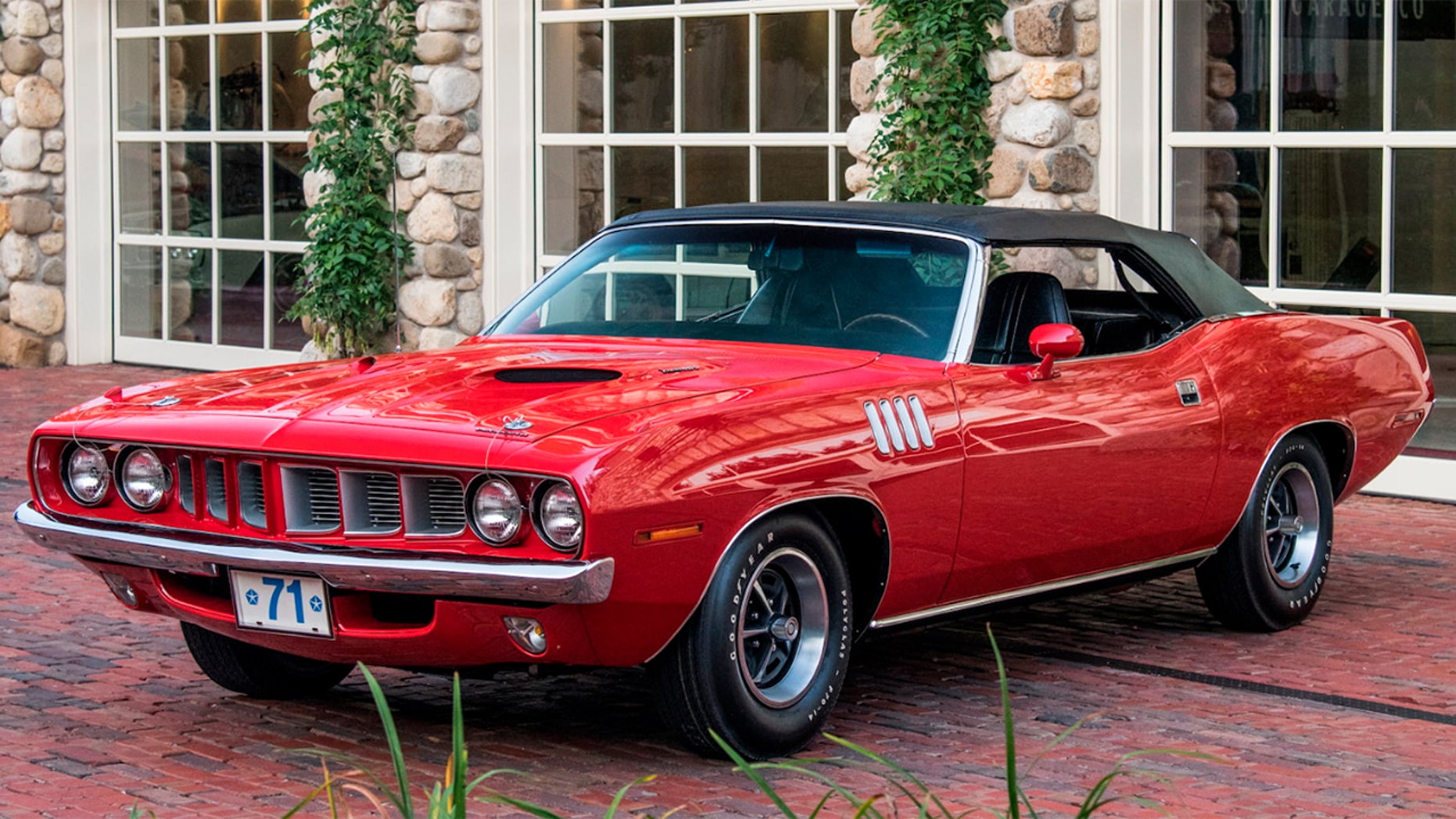 Compared to those numbers, the other Plymouth Cuda convertible sold in Indy almost seems like a bargain at $1,115,000. The red one has 21,000 miles on its 440 6-barrel V8, a heavy duty automatic transmission, Super Track Pack, Rallye gauges and a deluxe seat belt package with clips to hold the rear belts in place when not in use that might seem insignificant, but is the kind of detail that helps make a collector car unique.

So if you are an avid car collector, especially of Plymouths, then this rare 1970 Plymouth Hemi Cuda and the 1971 Plymouth Hemi Convertible should have gotten your attention. They got mine at a $3M pricetag!