Rare 1978 Pontiac Macho Trans Am comes up for auction Rare 1978 Pontiac Macho Trans Am comes up for auction. Best of luck trying to find a car that’s more 1970s than this.

A 1978 Pontiac Macho Trans Am has been listed for sale on Ebay in Bismarck, ND, but the storyline of the rare muscle car starts much farther south.

The car was built at the Mecham Pontiac dealership in Glendale, AZ, where brothers Dennis and Kyle Mecham decided to do something about the Trans Am 6.6L V8’s malaise era power, which only put out just 200 hp. 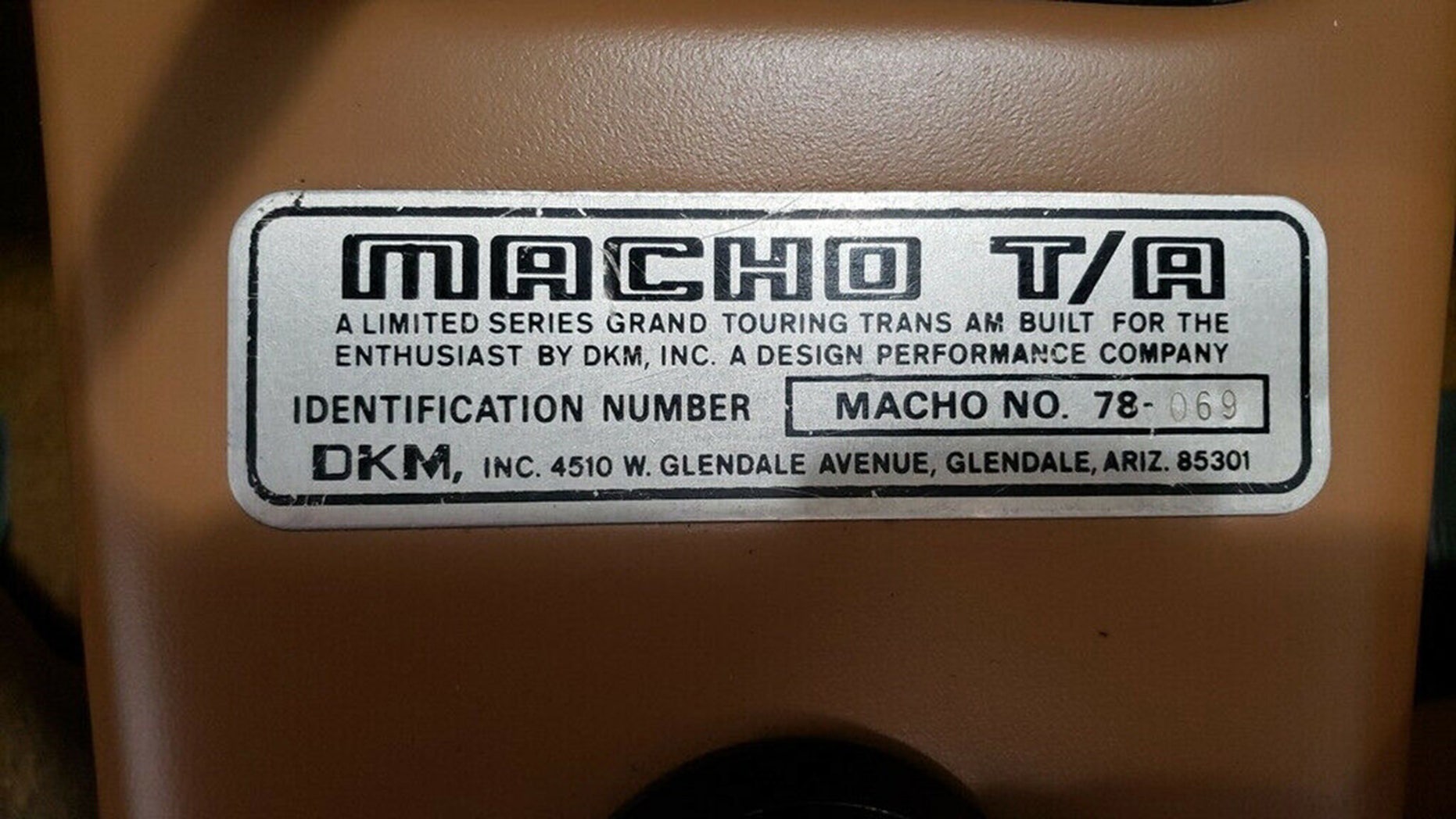 According to Hagerty, the Mechams advanced the timing, re-jetted the carburetor and installed Hooker headers and dual exhausts to allow it to breathe easier, all resulting in a 250 hp output. It also offered a Turbo upgrade with water like the auction car was equipped with that increased it to 325 hp.

High-performance Koni springs were also added to the factory performance package along with front lowering springs to give it a mean, nose-down stance.

A Macho T/A graphics package to set it apart from stock models was put on and each car came with a unique jacket bearing the logo.

The Mechams built 204 from 1977 to 1979 under the DKM brand and had to legally sell them as used cars due to the modifications, even though the were delivered like new. 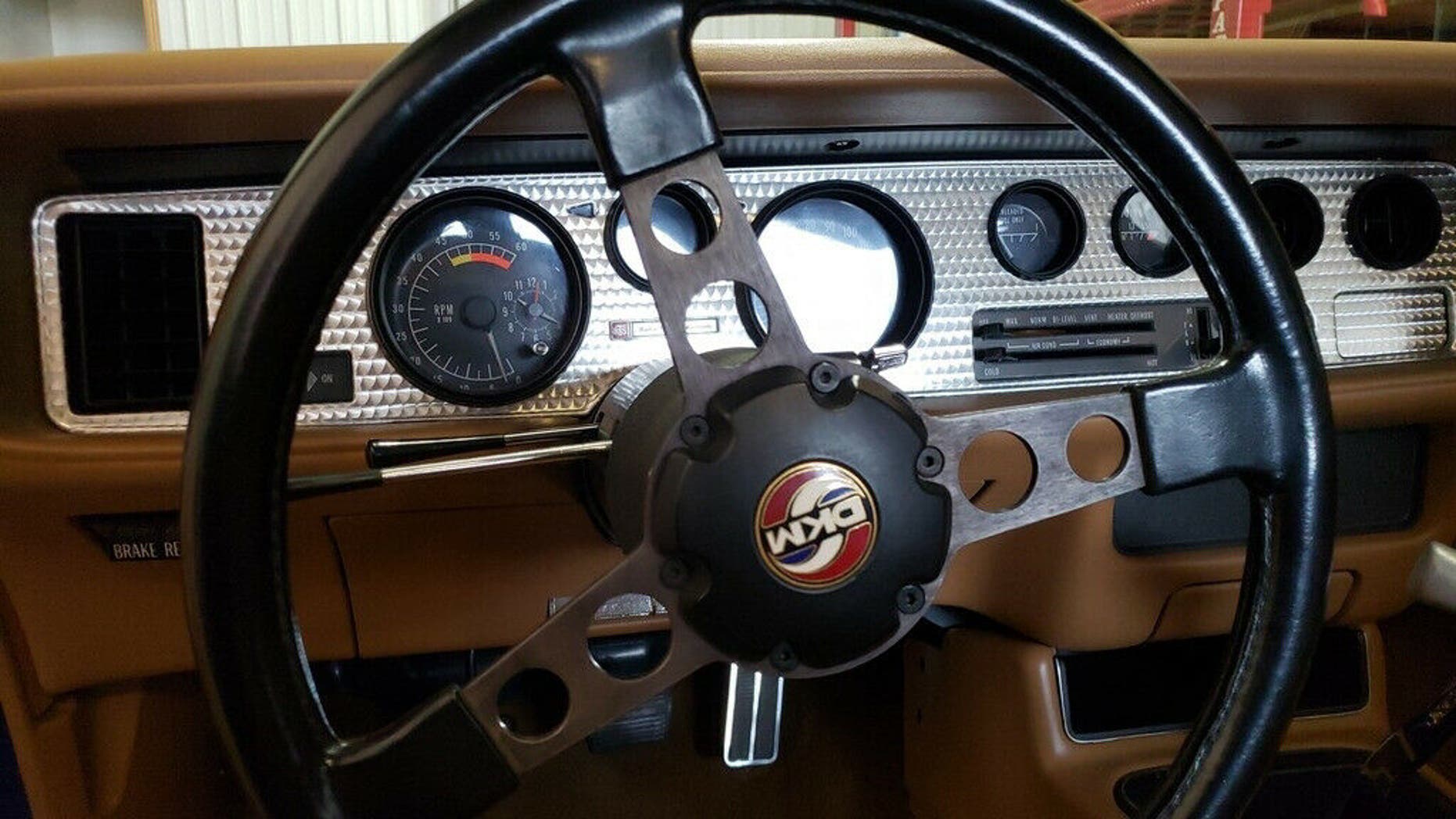 The model up for auction is far from that. It appears quite-used and has had the turbos removed, the engine bored and stroked to 8.0 liters and several aftermarket performance parts installed.

However, The seller says it has been garage-kept and not smoked in. 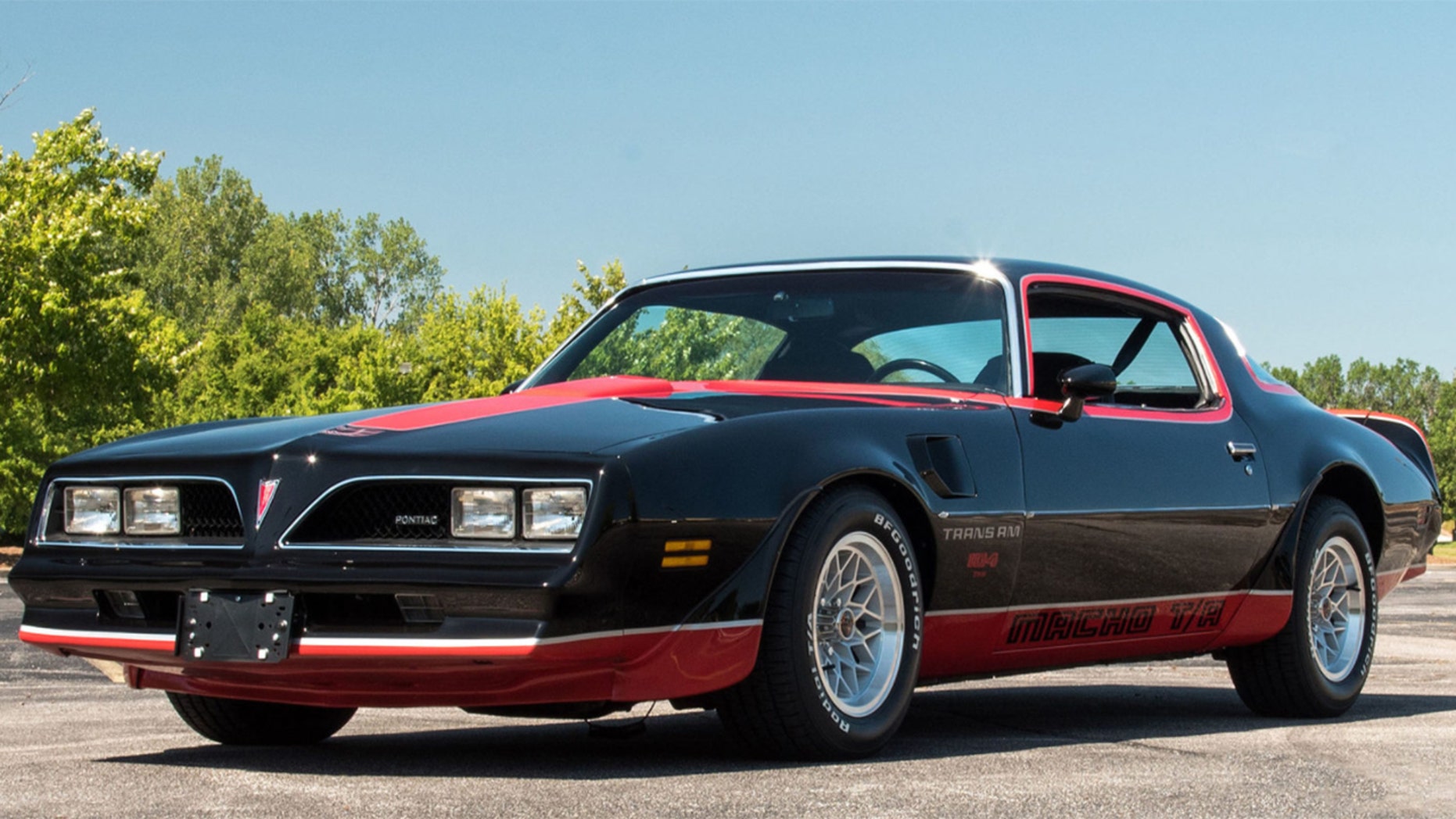 At the time this story was written, the bidding had reached $40,100, which was below the non-disclosed reserve price and ambitious based on recent sales.

Auction prices for all-original Macho T/As have been going between the $30,000-to-$50,000 range, based on several that have been sold through Mecum Auctions in recent years.