Rare photos of James Dean’s fatal accident scene going to auction. It was one of the most historic events in Hollywood history.

On Sept. 30, 1955, James Dean was driving his Porsche 550 Spyder through an intersection in Cholame, Calf. He was killed after the small sports car collided with a Ford Tudor sedan making a turn in front of him. The 24-year-old’s career was cut short just weeks before his iconic film “Rebel Without a Cause” was released.

Currently, a collection of photos of the accident scene owned by a lawyer representing the insurance company of the Ford’s driver, Donald Turnupseed, are being put up for auction. Most of the 30 black-and-white photos of the tattered Porsche, wrecked Ford and the junction have apparently never been shown in public before.

OLDEST PORSCHE COULD SELL FOR $20 MILLION PLUS AT AUCTION

The photos were supposed to be evidence in a lawsuit brought against Dean’s and Turnupseed’s insurance companies by Dean’s injured passenger, Porsche mechanic Rolf Wutherich, but it was dropped before it went to trial. 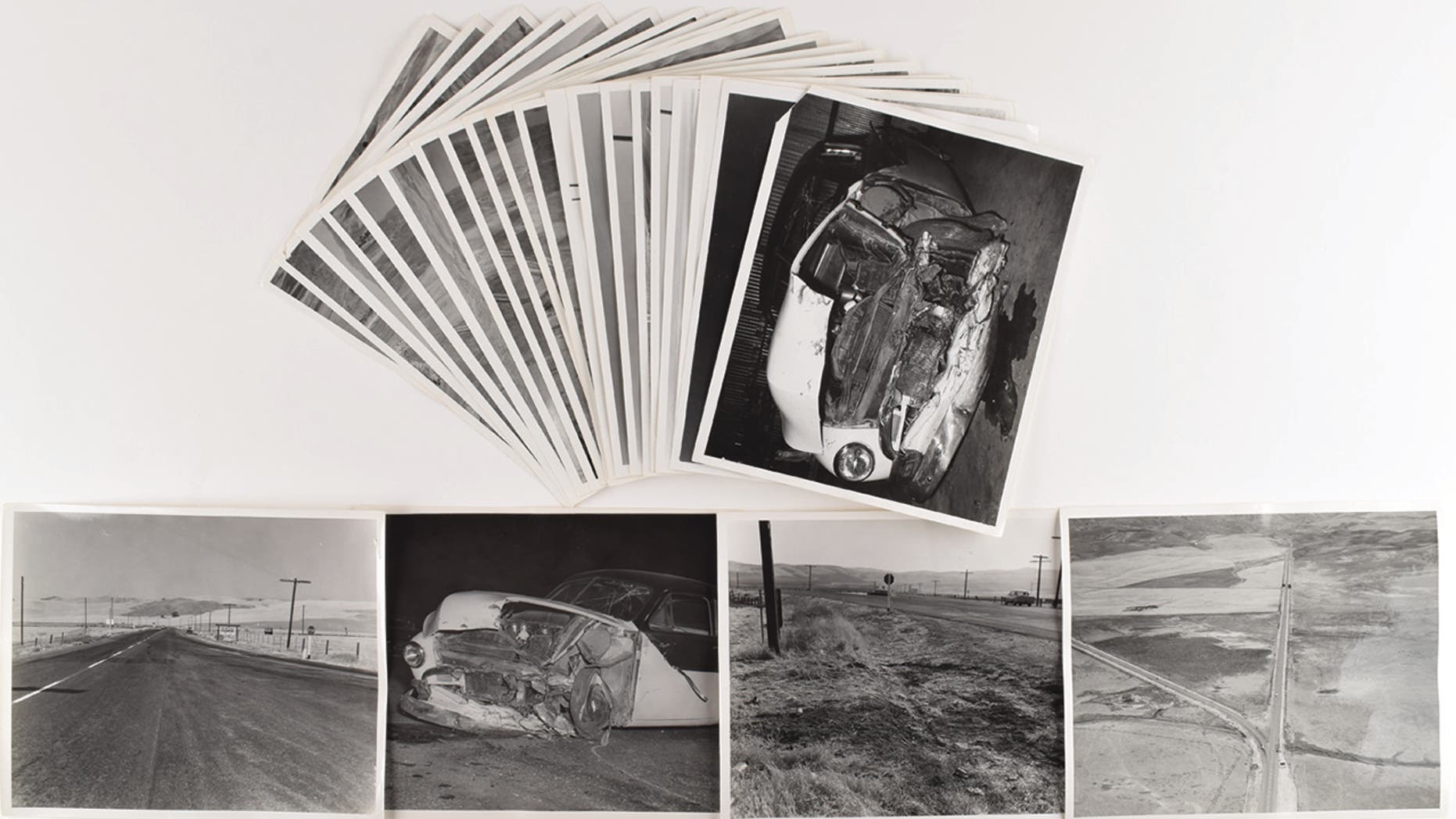 Robert Everett Coyle, the lawyer, held on to the images and gave them to his son, Robert A. Coyle, who is the one selling them through RR Auction.

RR Auction Executive Vice President Bobby Livingston said the photos offer a new insight on the crash, the details of which remain questionable to this day. They are being sold as collectibles only, with any copyright ownership claims left to be explored by the buyer.

2019 PORSCHE 911 SPEEDSTER STRIPS DOWN TO ITS BIRTHDAY SUIT

Livingston said the pre-auction estimate value for the lot is $20,000, but due to the unique nature of the photos it’s difficult to put a dollar amount on it. The Pop Culture auction they are apart of is an online-only auction that will run from Aug. 8 to Aug. 15.

As for where the wreckage is, it remains unknown today. The car was stripped down for parts after the accident and the body eventually went to famed car customizer George Barris. Barris had plans to restore it, but never got around to it and started loaning it to the National Safety Council for educational events until it disappeared as it was being shipped back from one in 1960.

In 2015, Washington native Shawn Reilly claimed the body of the car was hidden behind a wall of a building, but didn’t reveal the location at the time because of an ongoing dispute over who owns it today. If it is ever known, the Volo Auto Museum in Illinois has a standing offer of $1 million for the car.

HOW MUCH WOULD YOU PAY FOR THE PHOTOS? FOLLOW THE MOTOR MASTERS ON FACEBOOK AND LET US KNOW