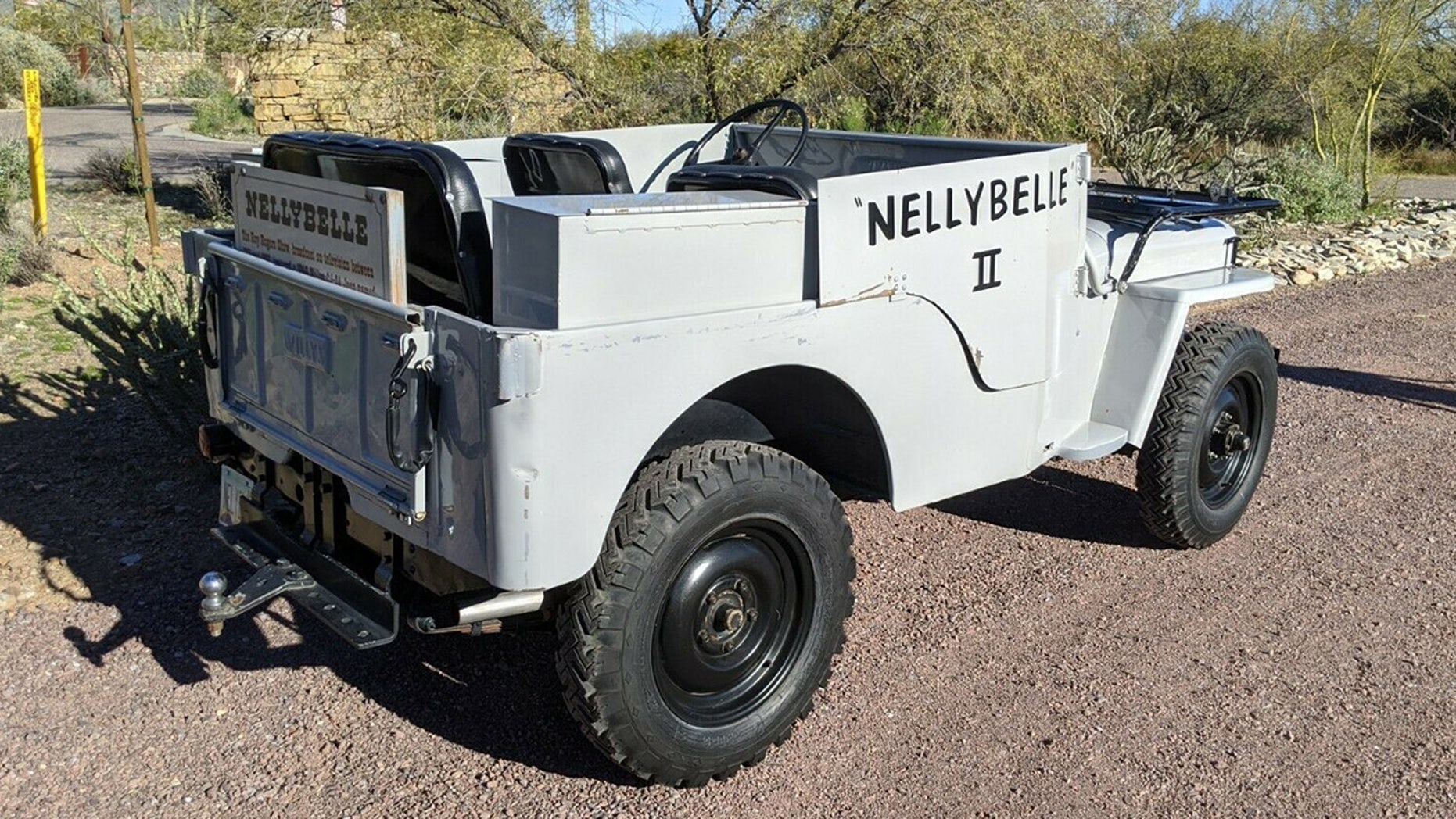 A replica of the “Nellybelle” Jeep featured on “The Roy Rogers Show” sold on Ebay for $29,500. 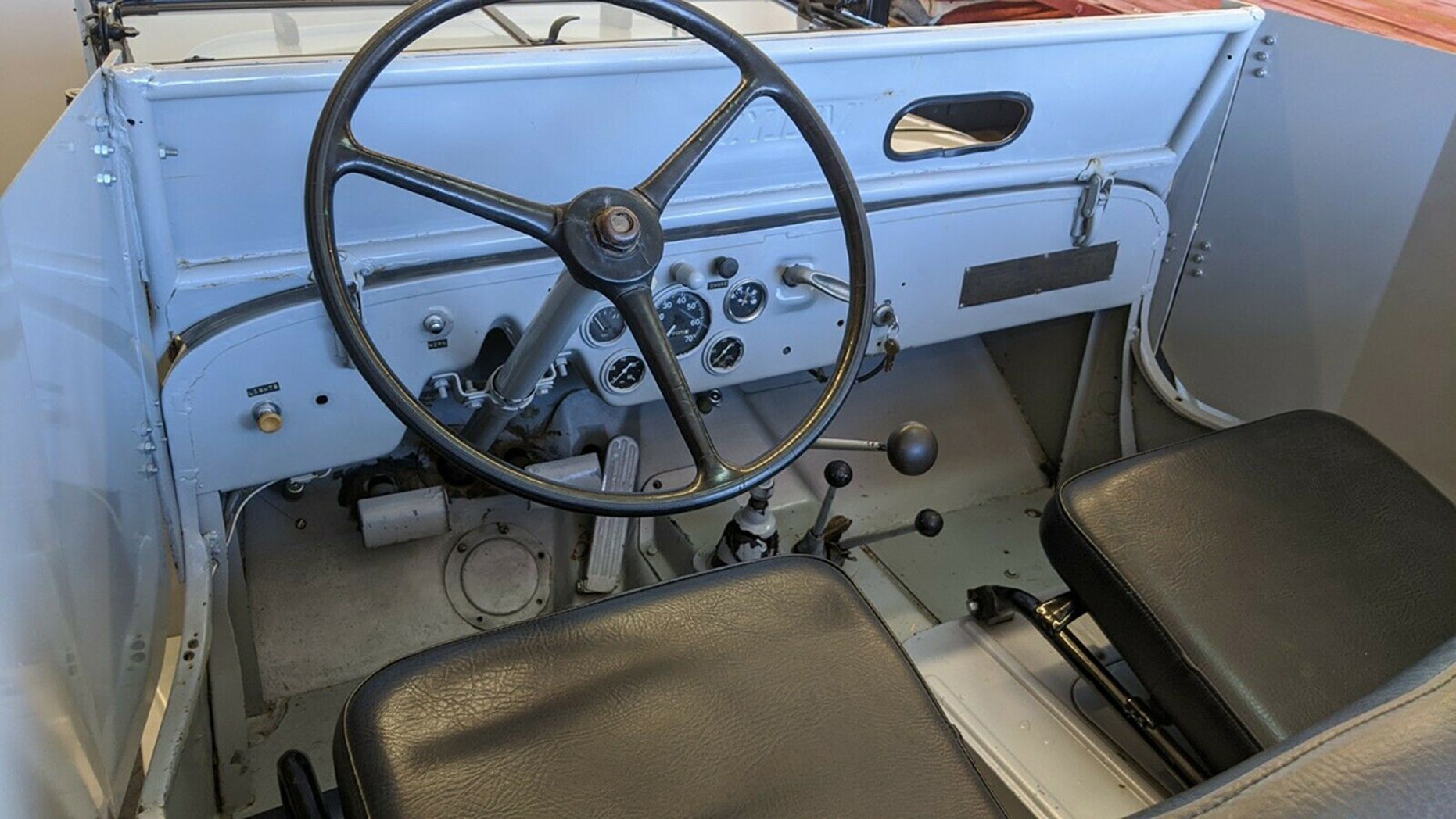 According to the seller, the Jeep CJ Nellybelle II was built as a promotional vehicle for the program but is identical to the one that appeared on screen.

Both of the gray trucks are based on 1946 CJ-2As and come with custom bodywork that wraps around the passenger compartment to shoulder level.

On the show, the bothersome Nellybelle was driven by Rogers and his wife, Pat Brady, Dale Evans’ sidekick, who spoke to it as if it was a horse to get it to cooperate, while Rogers mainly stuck to his tried and true Palomino, Trigger. 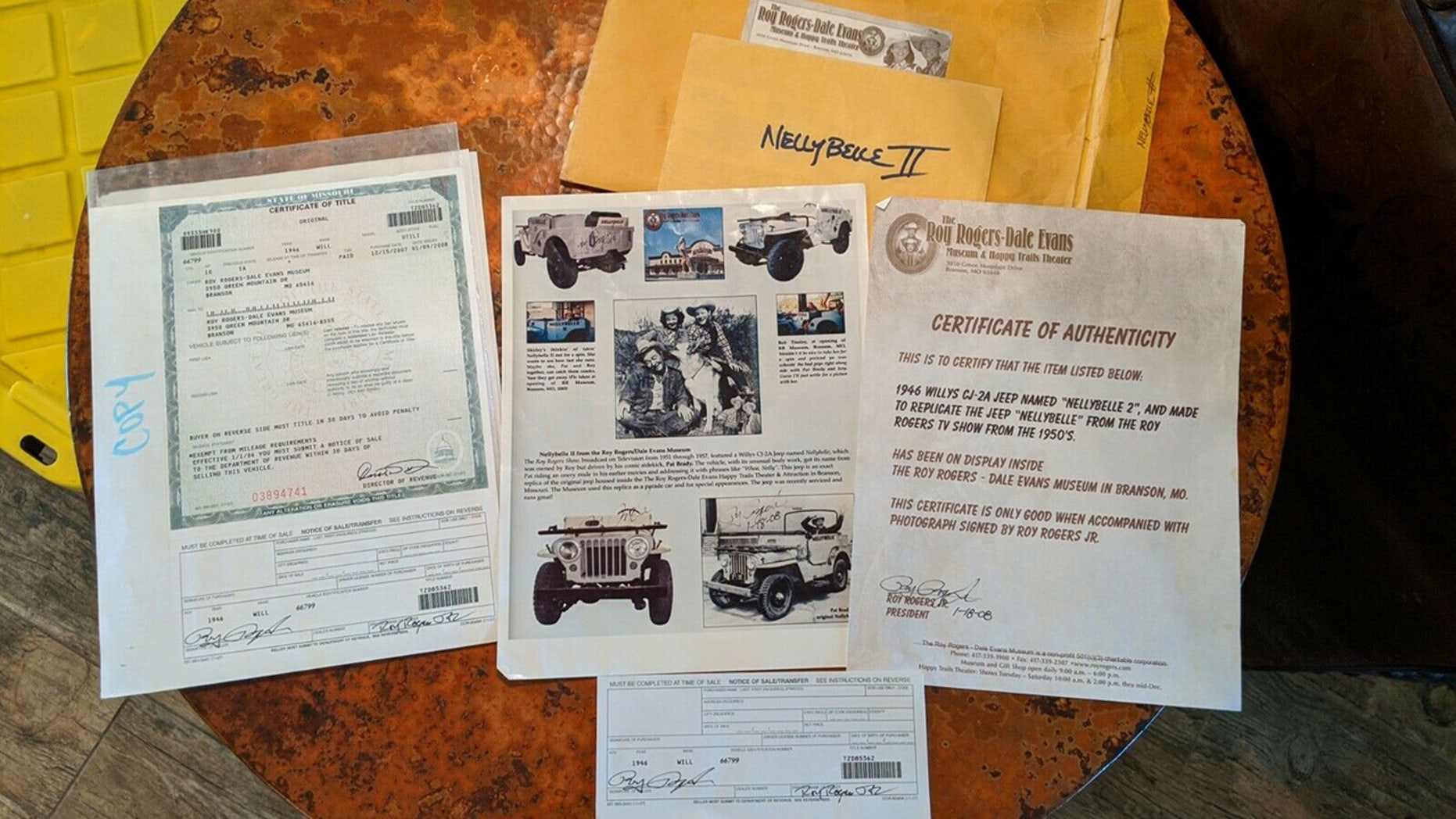 The Jeeps were located at the Roy Rogers and Dale Evans Museum in Branson, MO, until it closed around 10 years ago. The original was sold at auction soon after for more than $116,000, but sold again recently in 2018 for just $38,400, according to Hagerty.

Nellybelle II is located currently in Arizona and listed in running condition with 43,500 miles on the odometer and a Buy it Now price of $29,500. It did sell at the Buy It Now price, but the buyer’s information is not yet known.