The Texas-made 311 MPH Hennessey Venom F5 supercar revealed. If you’re one of those people who is annoyed that there aren’t enough 300 mph vehicles to choose from, don’t worry….we have good news! 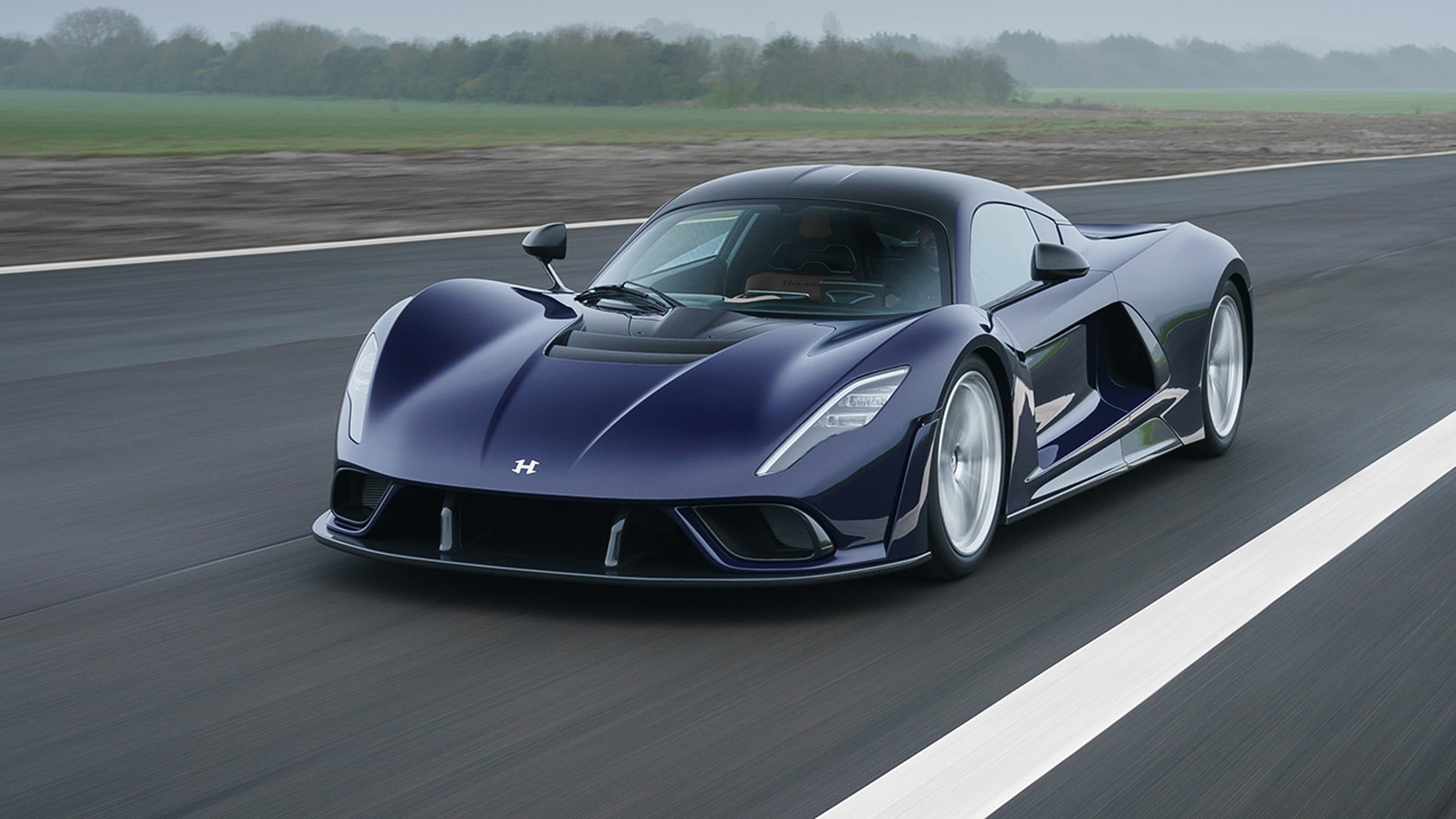 Texas-based Hennessey has reveiled the production version of its upcoming Venom F5, which has a top speed of at least 311 mph. 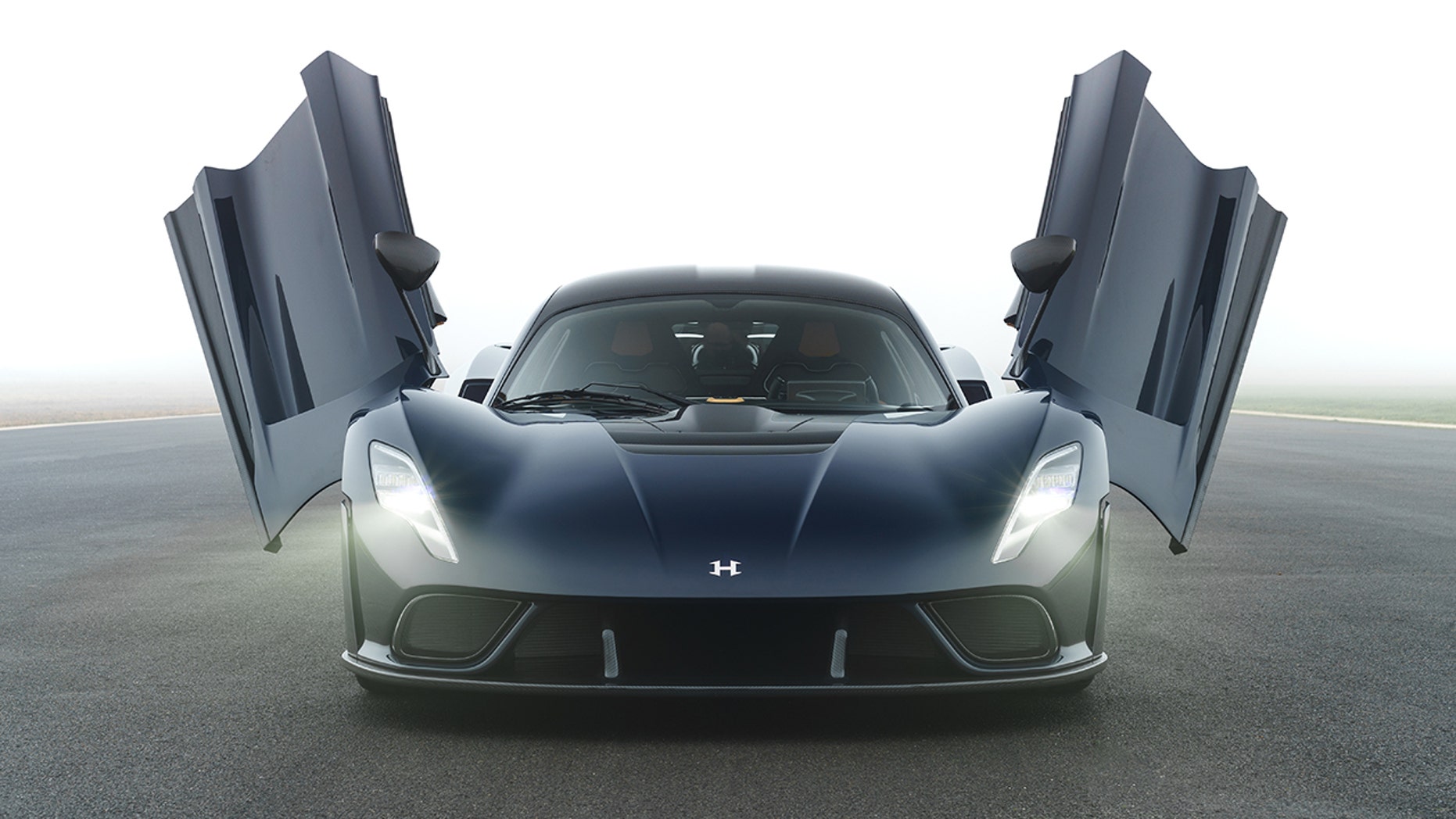 That equals a nice round 500 km/h and is just short of the 318 mph wind speed that tops out the Fujita scale’s F5 rating for tornados, from which the car borrows its name. If its top velocity is confirmed, it will join the Bugatti Chiron and SSC Tuatara in the exclusive 300 mph production car club. 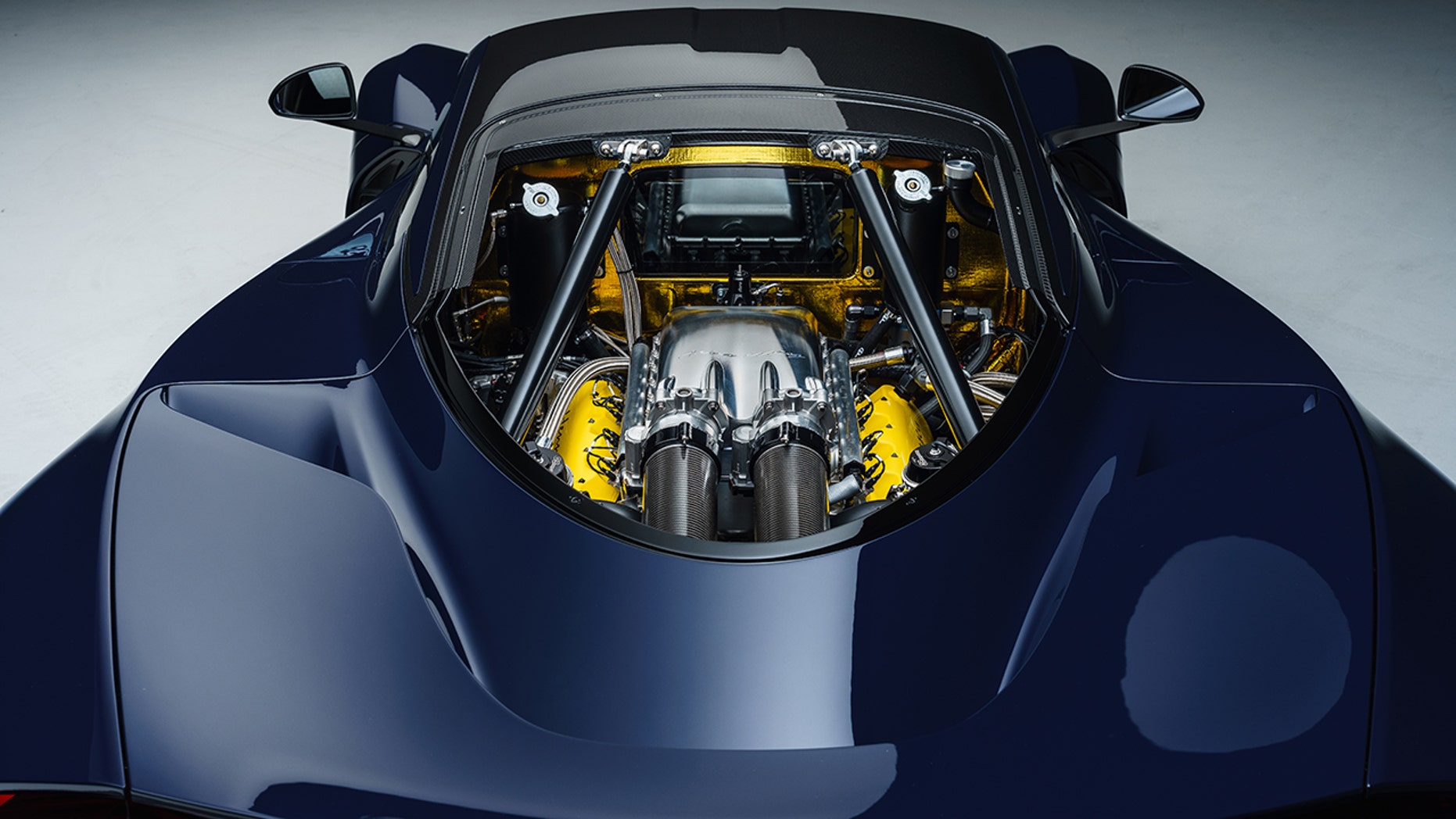 The Venom F5 is built on a special carbon fiber and aluminum chassis that weighs just 2,998 lbs and is powered by a 6.6L twin-turbocharged iron-block V8 rated at 1,817 hp and 1,193 lb-ft of torque, which is more than any production car on sale today. 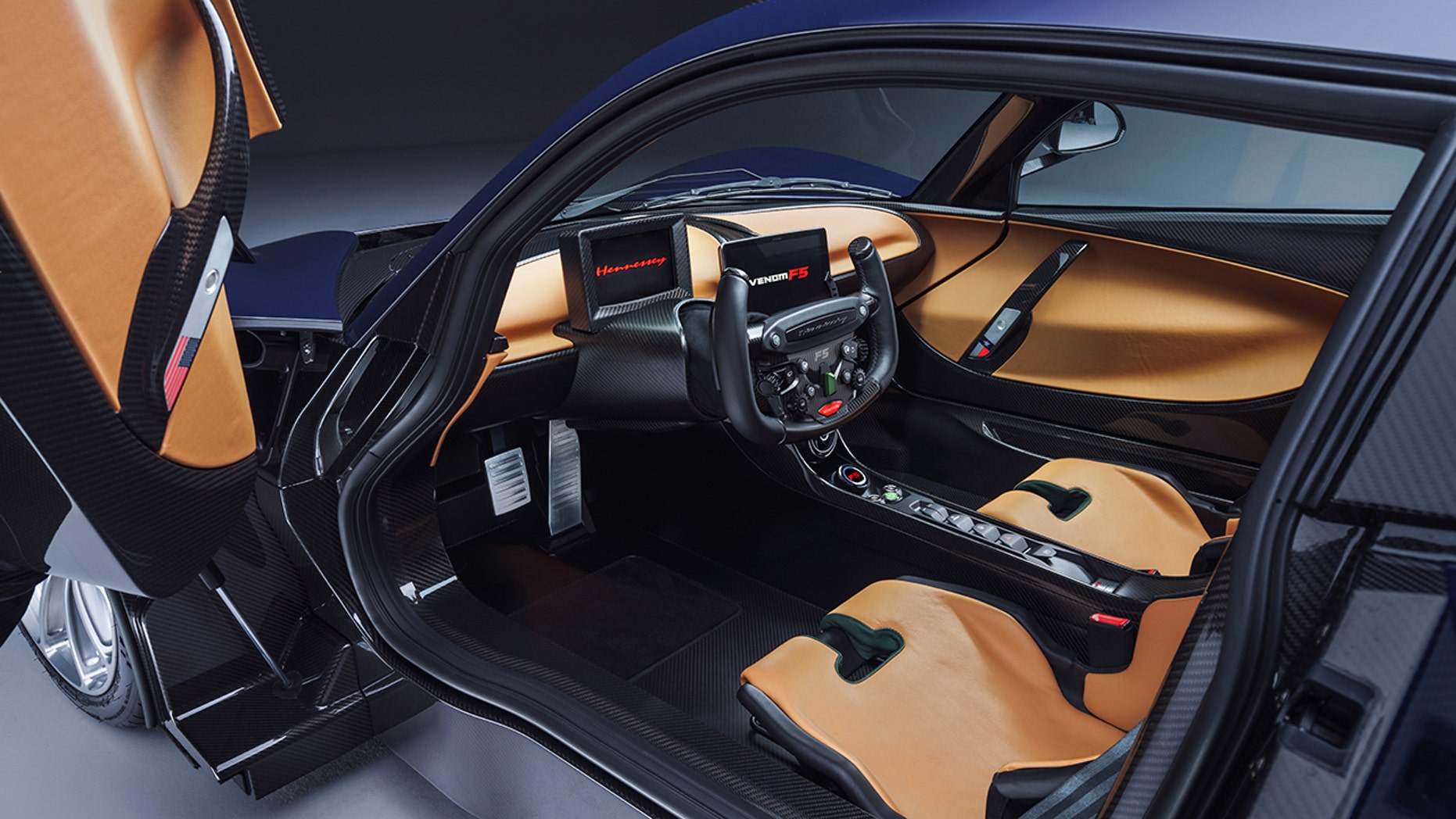 The body was streamlined with top speed in mind, but still creates enough downforce for serious cornering grip. A track package with a large rear wing and a more aggressive front splitter will also be available, but both versions are being tuned for all-around driving by former GM test driver and development engineer John Heinricy, who is chief engineer on the Venom F5. 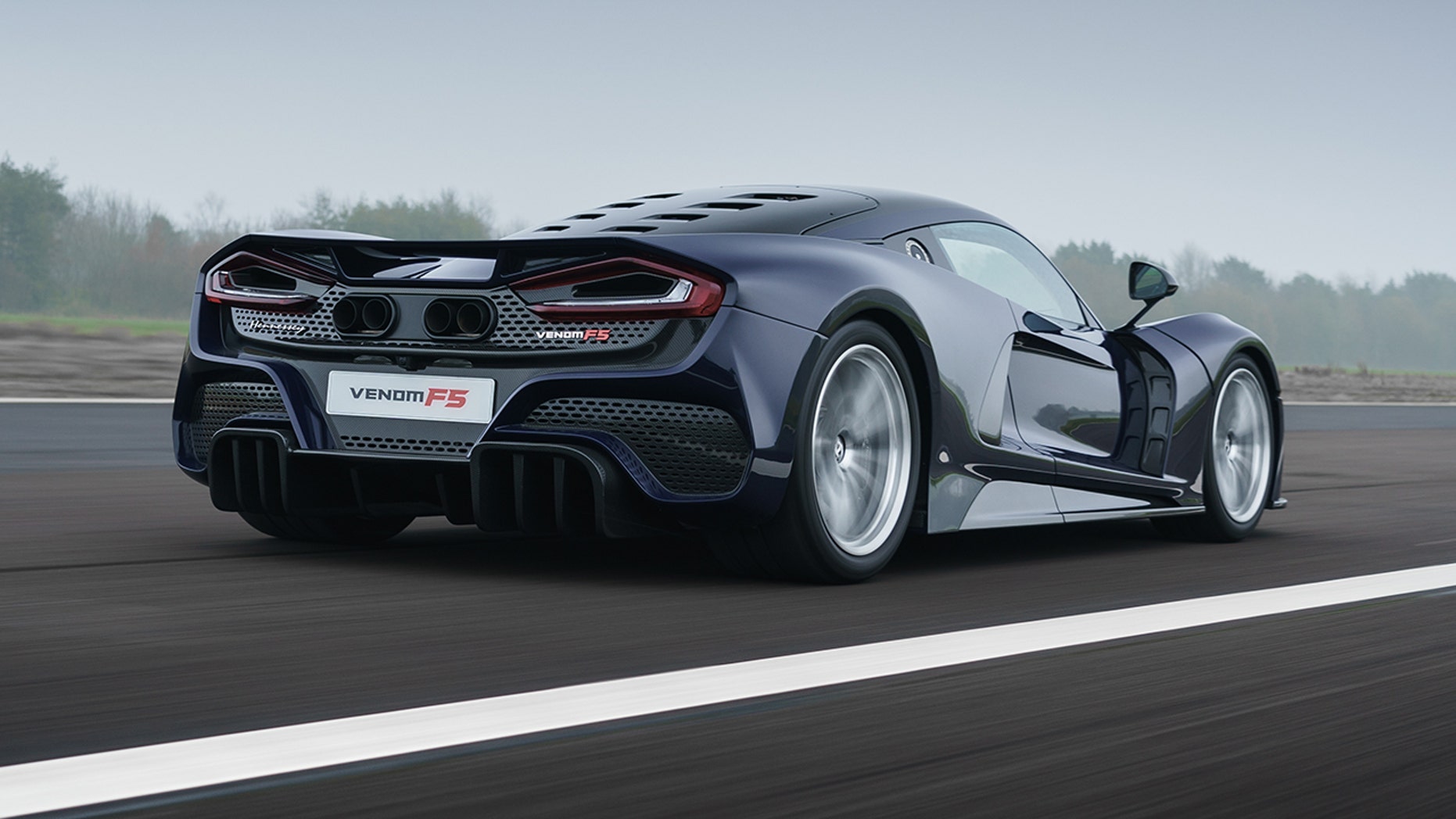 Hennessey said those tires will be tested for safety before the Venom F5 hits the Space Shuttle landing strip at the Kennedy Space Center next year for high-speed testing and a potential world record run, which will be monitored by an outside data acquisition company in front of an audience of independent media. The company is looking to avoid the kind of controversy SSC recently encountered when the Tuatara set a reported 316 mph two-way average speed on a Nevada highway without all of the necessary assurances of its accuracy.

SSC is expected to try it again soon, while Bugatti is satisfied with the 304.77 mph one-way speed the Chiron hit on a Volkswagen test track in Germany.

It won’t be Hennessey’s first visit to the Florida airstrip. Its previous supercar, the Venom GT, hit 270 mph there in 2014.

Hennessey plans to build just 24 Venom F5s at a starting price of $2.1M.