The 2019 McLaren GT Is A 203 MPH Golf Cart. McLaren has said it will never build an SUV, so this may be as close as it gets. 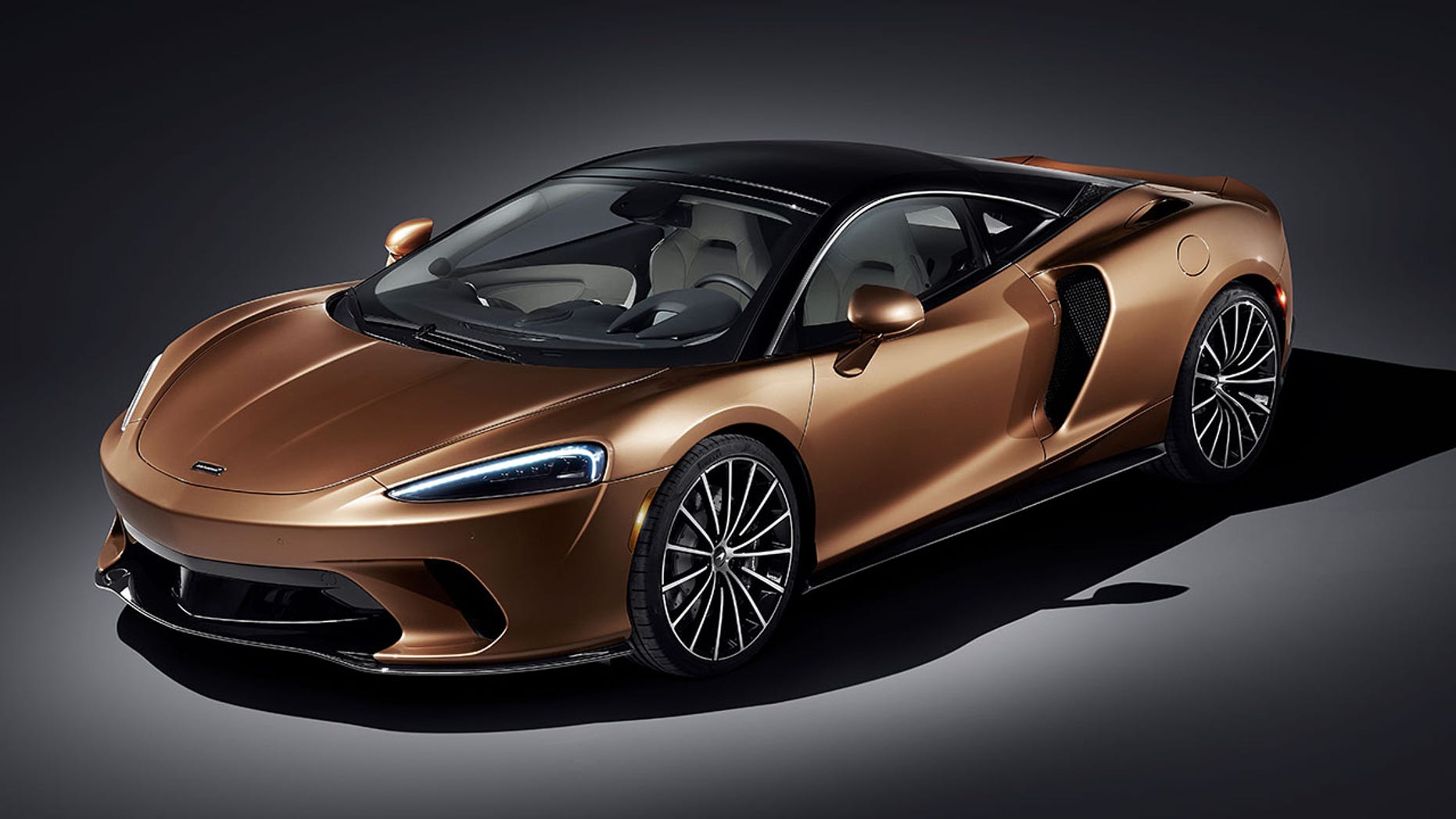 The new mid-engine 2019 McLaren GT has a top speed of 203 MPH and enough room in the trunk for a golf bag or a pair of snow skis … and boots!

The two-seat supercar is modeled after the carbon fiber chassis of the McLaren 720S, which was named World Performance Car for 2019, but has been designed and dressed for grand touring duty. 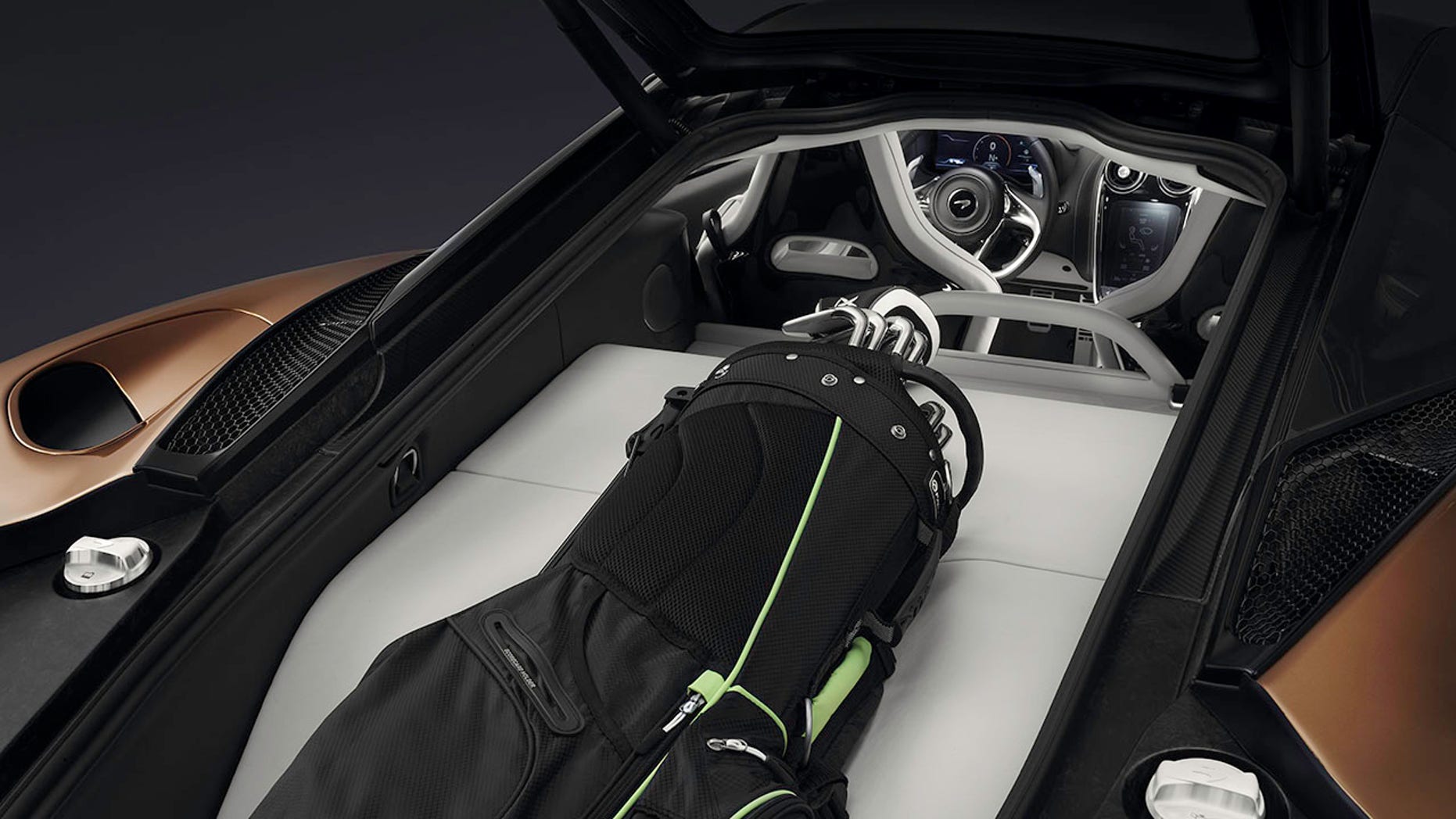 It features a 612 HP example of the 710 HP 4.0L twin-turbocharged V8 from the 720S model, seven-speed automatic transmission and McLaren’s trademark hydraulic suspension system, which can provide a wide variety of stiffness to transition the car from comfort to performance modes. 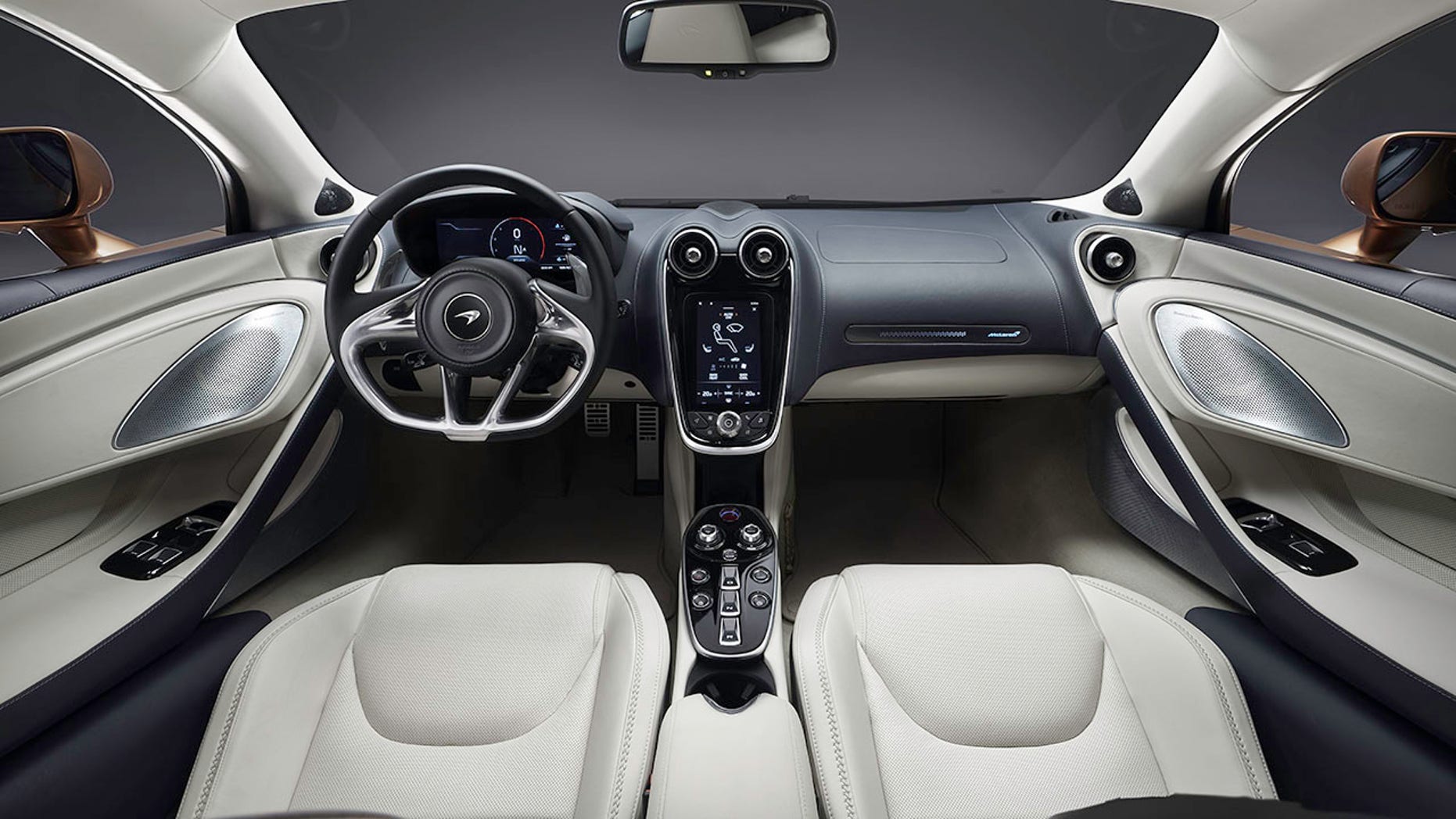 The interior is designed toward the luxury end of the scale and can be made in Nappa leather, Alcantara and cashmere. The GT comes standard with a full glass sunroof with an electronically adjustable tint. 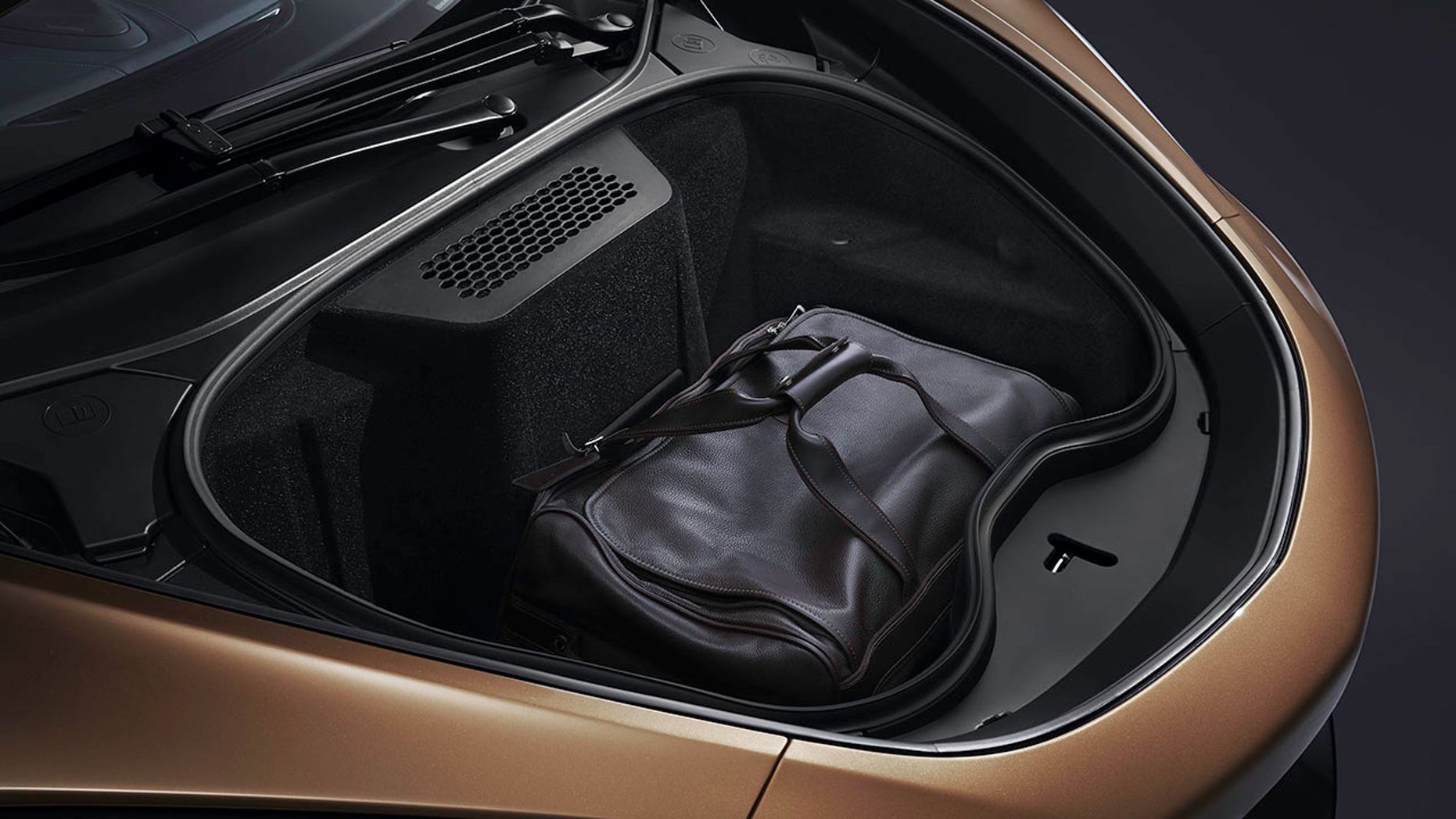 Along with the 14.8 cubic-foot cargo area in the back, there’s a 5.3 cubic foot cubby under the hood, thanks to the engine placement.

As always, this being a McLaren and all, it’s not exactly a replacement for your Honda Civic. Prices are starting at $210,000 with deliveries scheduled for late this year.

READ MORE STORIES LIKE THIS HERE AT THE MOTOR MASTERS