US Army 1956 Chevy raises $1 million at auction for vets’ Honor Flight charity. Talk about turning over a car.

A 1956 Chevrolet 150 that was originally used as a U.S. Army Staff car at the Sioux Army Depot in Sidney, NE through 1964 was auctioned off twice at Saturday’s Barrett-Jackson event in Houston and raised $1 million for the Honor Flight charity, which provides veterans will free trips to visit the war memorials in Washington, D.C.

The car had previously been auctioned at Barrett-Jackson’s Las Vegas event in June for the same cause for $70,000, but the buyer sent it across the block as a charity lot again in Houston. 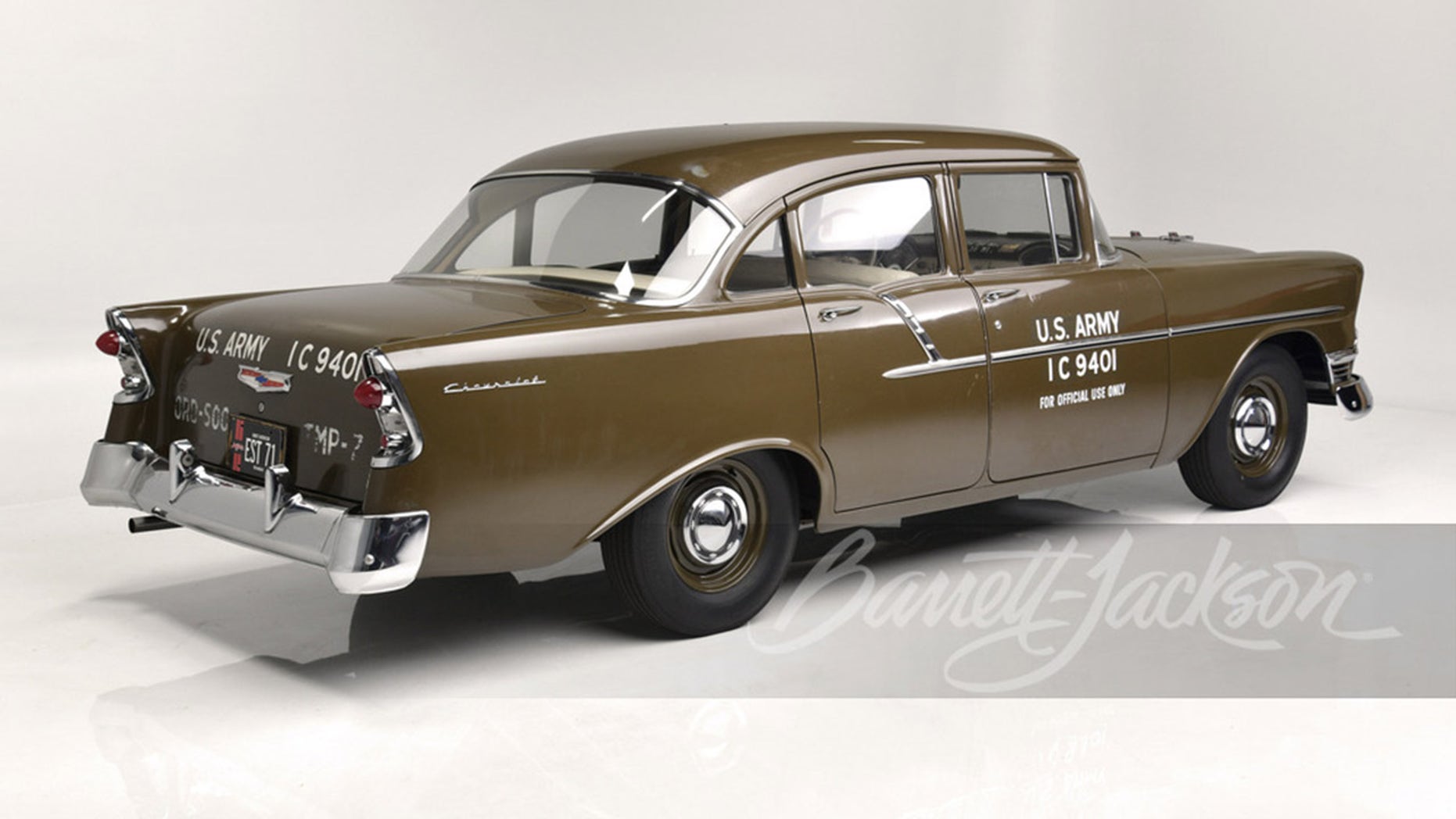 The partially restored sedan was first purchased at $425,000 by Enduro Pipeline Services of Tulsa, OK but was immediately put up for auction once more, as sometimes happens at charity auctions, and sold again to collector John Burkland of La Grange, TX for $400,000.

Another patron at the auction then made a cash donation of $175,000 to the charity to bring the total raised to $1 million. 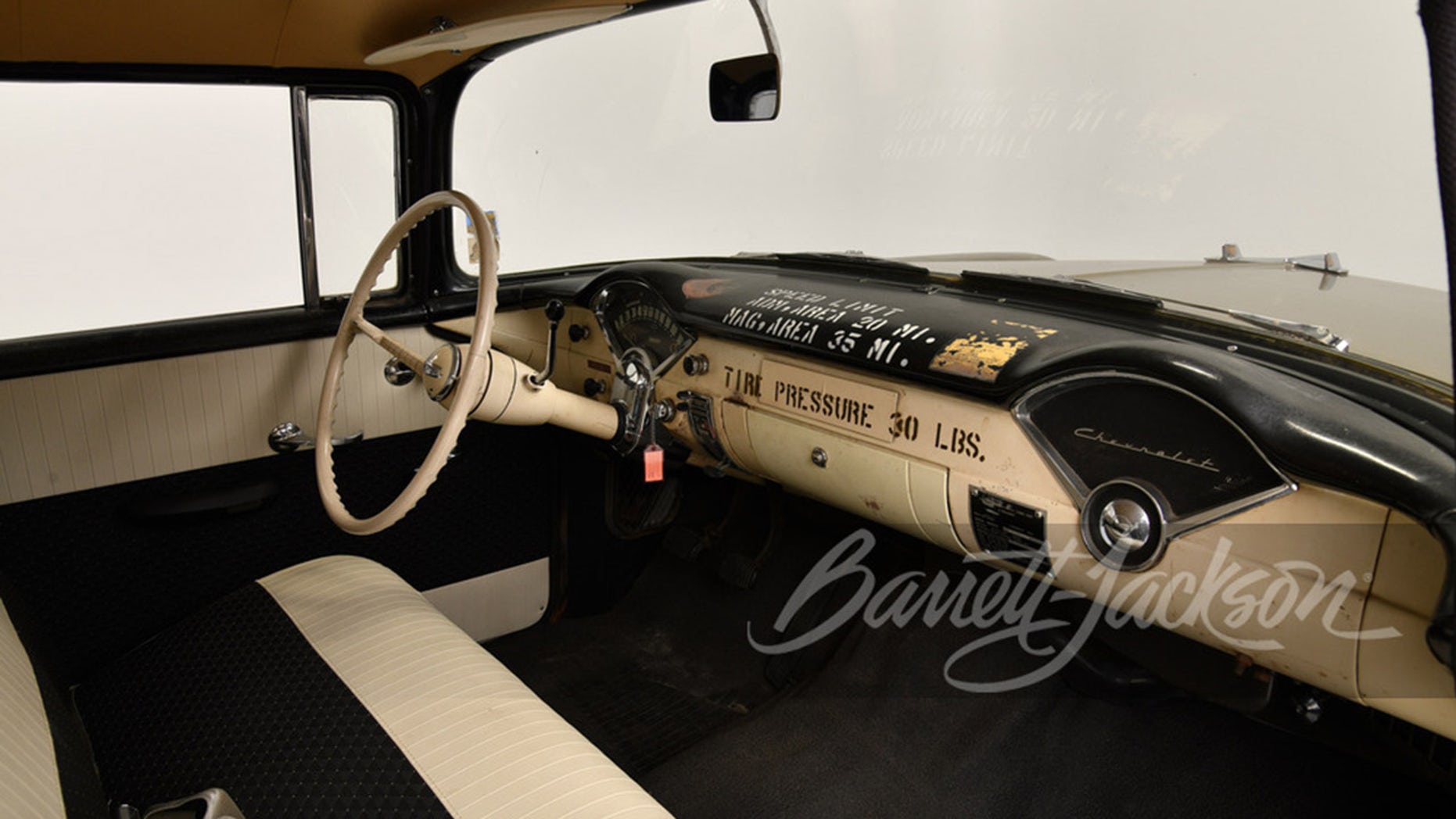 The US Army 1956 Chevy was purchased from surplus by a local farmer who died a year later and spent most of its life stored in a barn and used as a chicken coop before being resold several times and finally fixed and brought back to running condition in 2018.