World War II Flying Ace C.E. Bud Anderson was honored with an Old Crow Ford Mustang Tribute Car. Ford’s latest Mustang is a tribute to one of the legends. An airplane, not a car, and the man who flew it. 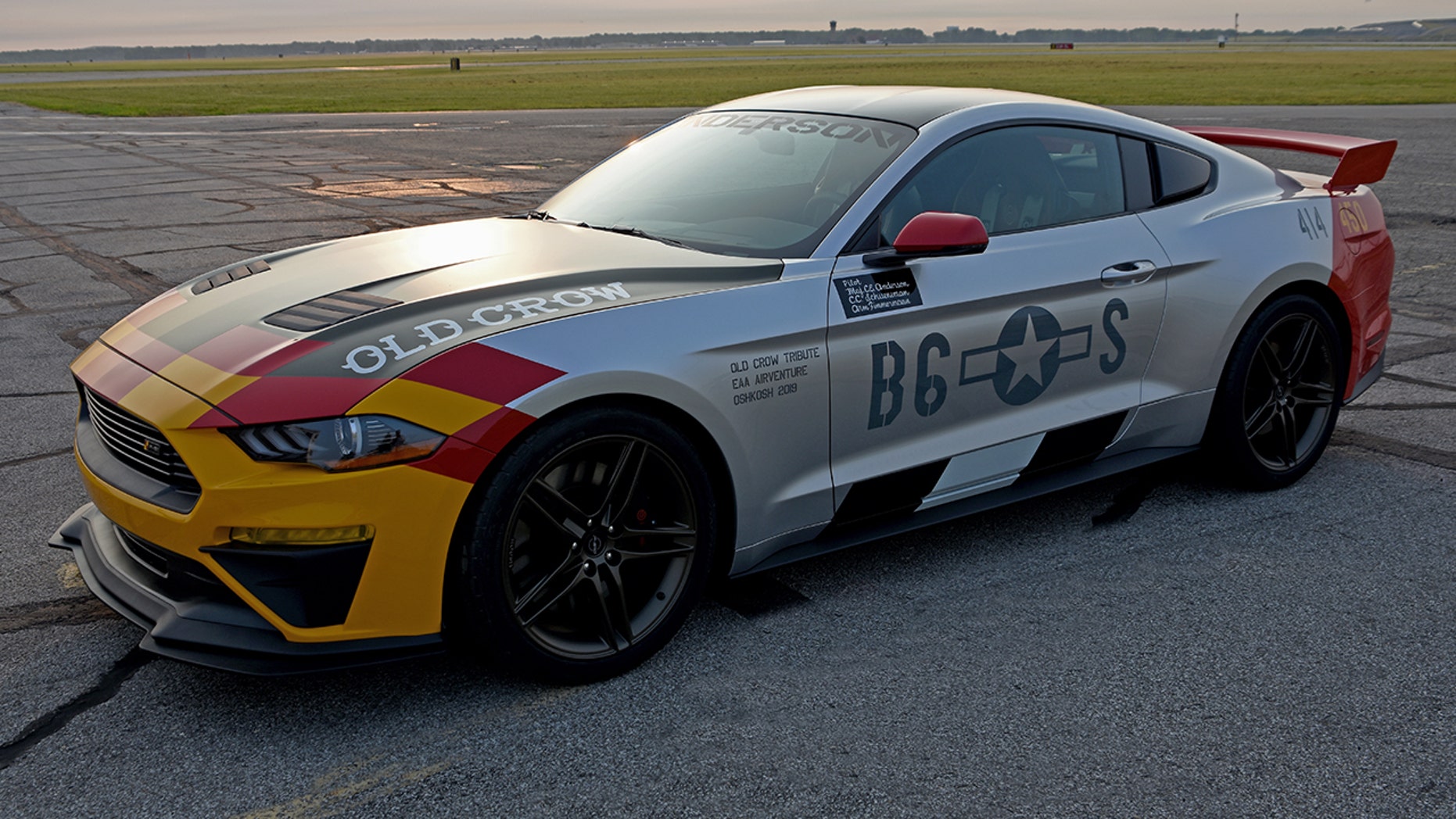 The modified Ford Mustang GT was built by Roush Performance for a charity auction benefiting the education programs of the Experimental Aircraft Association (EAA). It features a paint design to honor one of World War II’s P-51 Mustang fighter known as “Old Crow” that was piloted by one of the most honored American airmen in history, C.E. Bud Anderson. 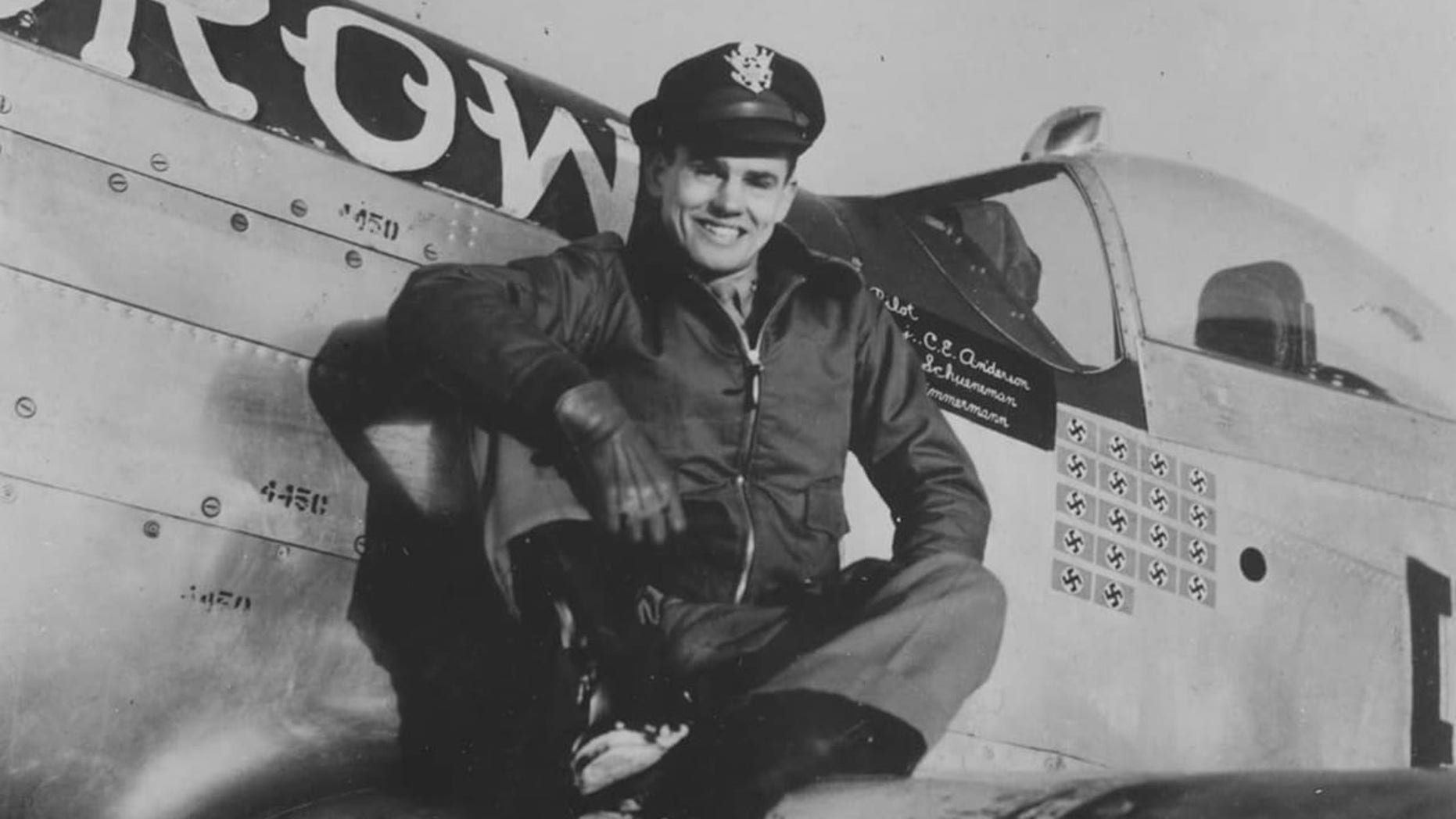 Anderson became a triple ace during World War II with 16 and a quarter victories in the skies over Europe, even though he started learning how to fly just a year before he joined the service in 1942. A member of the 363rd Fighter Squadron, he ended the conflict as a major and had a long career in the Army and Air Force as one of the nation’s top test pilots, returning to combat in both Korea and Vietnam. In recognition of his achievements, his World War II helmet and flight jacket are now a part of the Smithsonian collection. 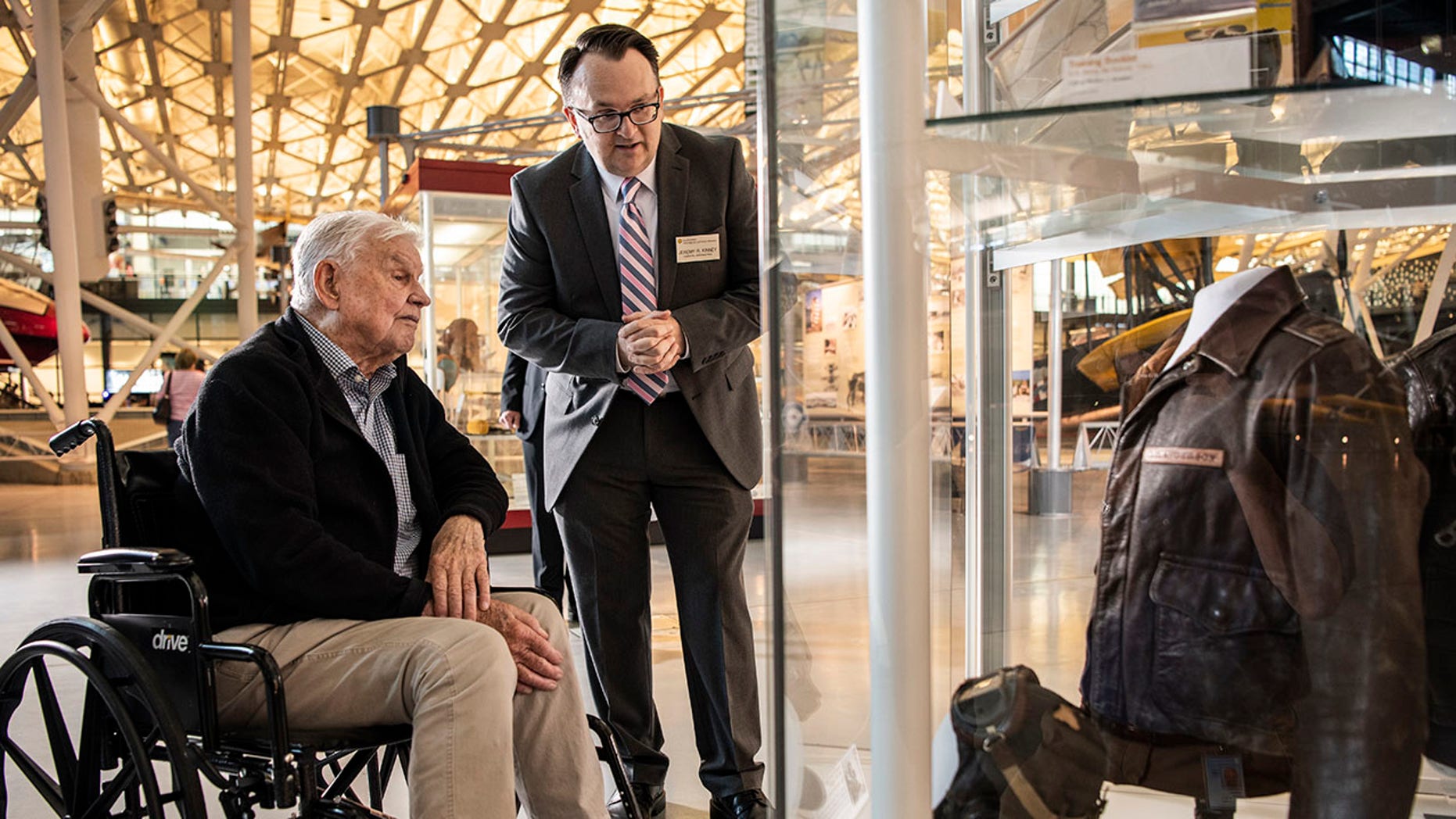 The California native retired from the Air Force as a colonel in 1972 and became head of flight test operations at McDonnel Douglass, where he worked in the 1980s. Over the years, he piloted every type of aircraft in existence, from bombers, to fighter jets to cargo planes. He also flew helicopters, however he said he never officially got certified to operate them.

The 97-year-old told The Motor Masters that he flew until he turned 90, when he turned in his wings and driver’s license. He said he started driving on his family’s farm before he got the urge to fly and enjoyed fast cars in his youth. 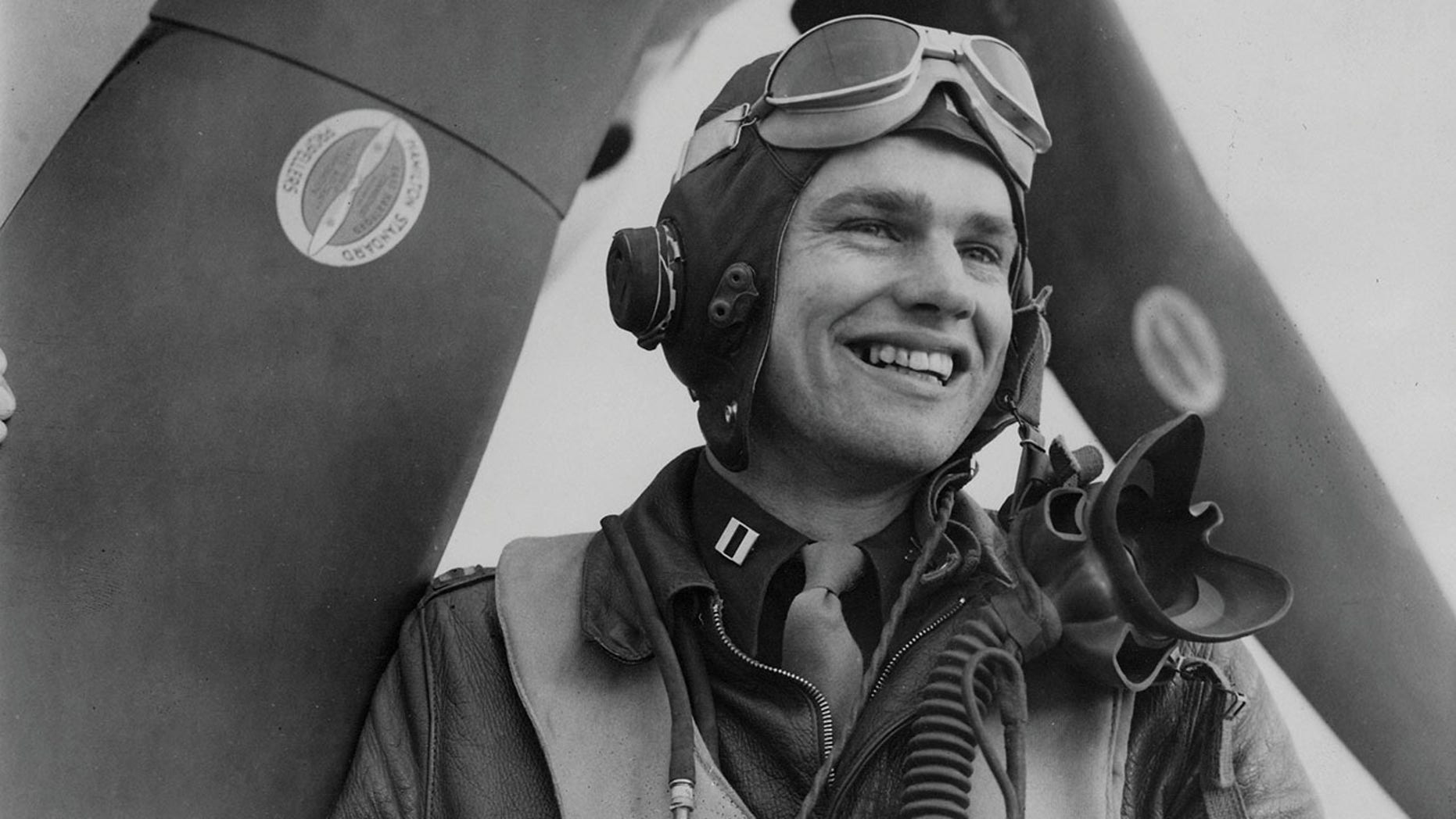 He never purchased a Mustang, but his first car was a 1939 Ford convertible that had straight pipes that he bought a year before he went to war. Later, he had a 1957 Ford Thunderbird and a 1967 Mercury Cougar that he really enjoyed, before buying “practical” family cars and trucks.

Planes were his true passion and he has very fond memories of a few. He said the F-86 Sabre he flew in Korea was a “beautiful and honest aircraft that never surprised you,” but his all-time favorite was the Mustang.

“It got me through the war, but it was also good-looking and that Merlin engine had a special sound,” he said. “You could also fly it forever. My longest mission was six hours and 55 minutes and I still had some reserve left.” 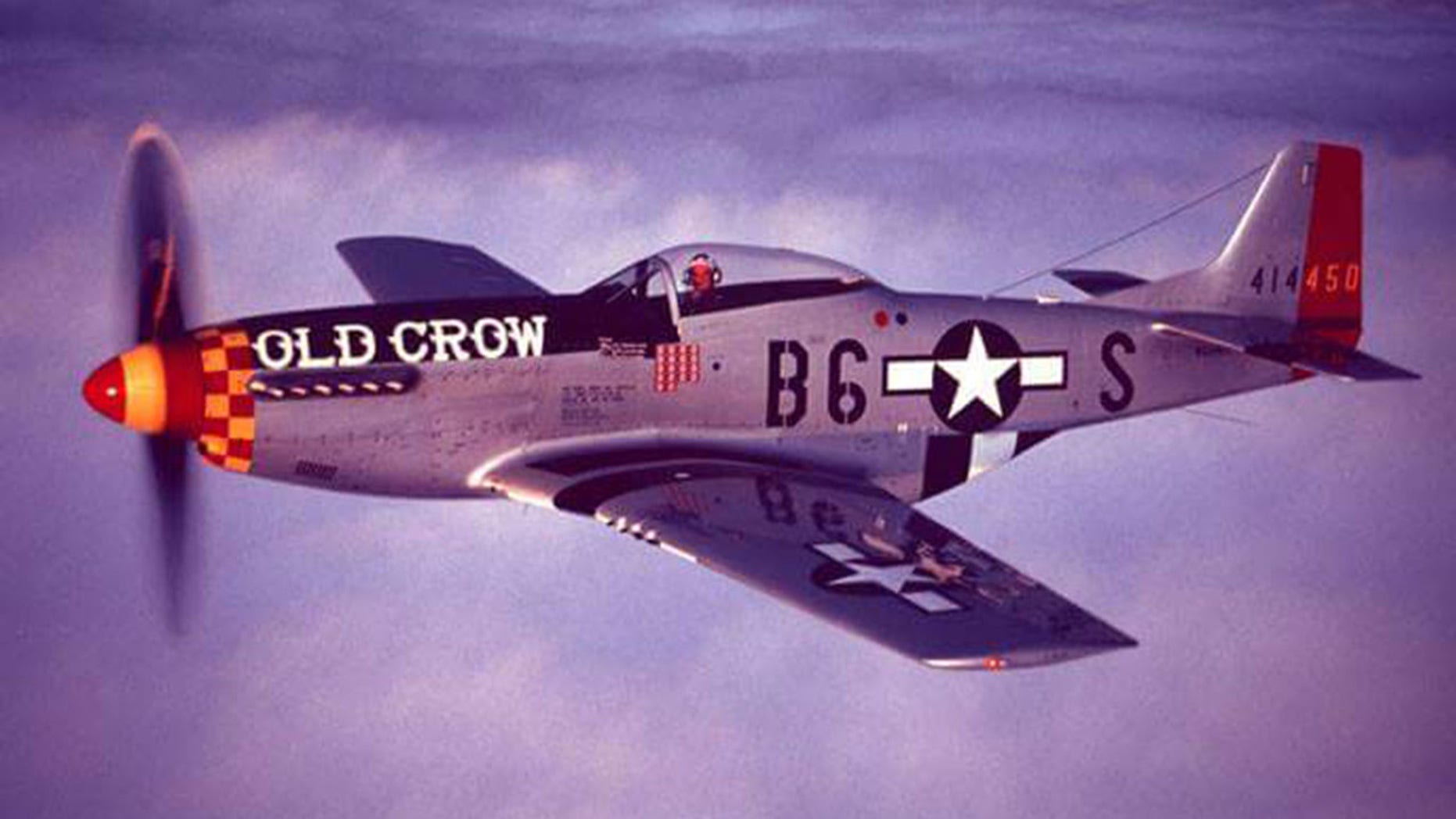 He also added that the epic flight happened on D-Day, when he was providing protection for the invasion of Normandy and didn’t see an enemy plane the entire time.

“It’s because we did our job,” destroying the German Luftwaffe in the weeks leading up to the operation, Anderson said.

Supposedly Old Crow never got hit during Anderson’s 116 missions, but he told us that it did take one bullet in a wing, likely from a rifle, that the mechanics repaired with a coin and polished over.

So how did the nickname come about? He said it’s because “crows are the smartest birds in the sky,” but that his drinking buddies know the real story.

After the end of his second tour of duty Europe, he turned in the plane in and the last he knows it was used during the Allied occupation of Germany by a pilot who renamed it Pretty Pix. While 250 or so Mustangs are still in existence today, he believes Old Crow was one of the thousands that were destroyed in the years after the war. 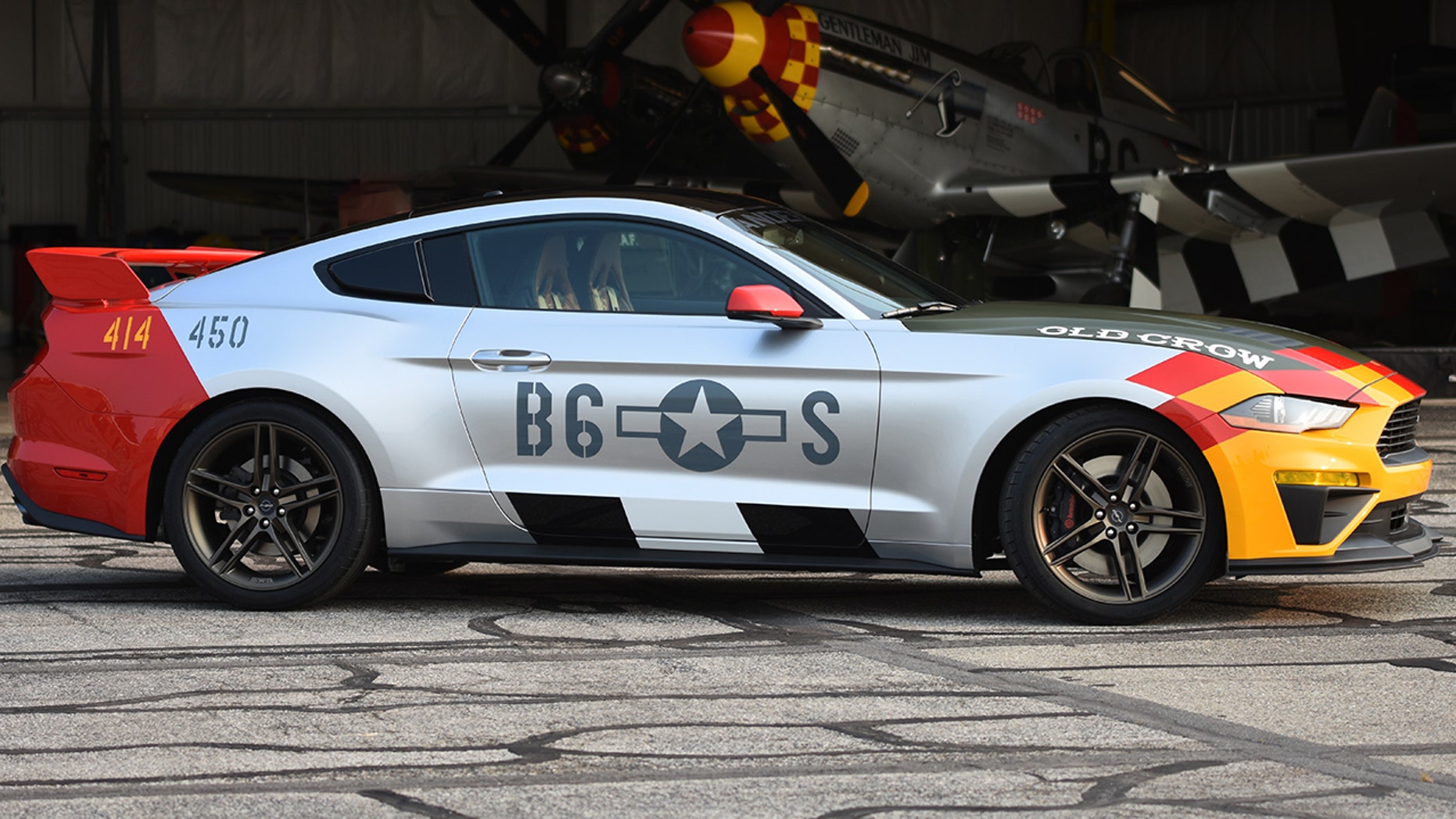 The Mustang selling for auction at the EAA’s Airventure show in Oshkosh on July 25 has a deeper connection to Anderson than just the paint. Roush Performance owner Jack Roush is also an aviation enthusiast who knows the pilot personally and has owned two P-51 Mustangs that he turned into Old Crow replicas. 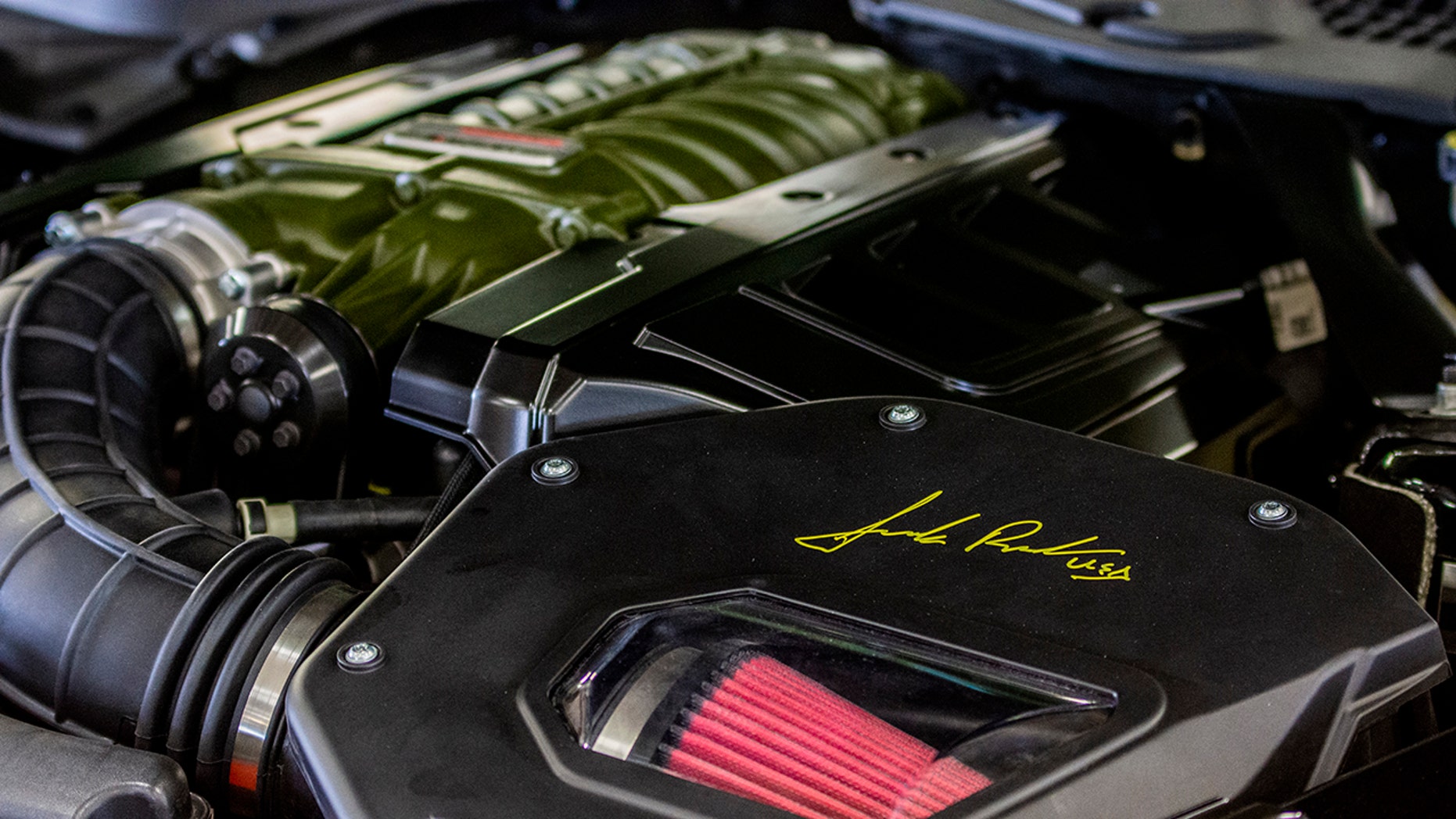 The Ford also has a wing, but it’s upside down to indicate the rear of the car be kept on the ground. Roush appropriated it from the upcoming 2020 Mustang Shelby GT500 and added a Ford Performance front spoiler to help balance out the downforce. The 5.0-liter V8 comes with a supercharger that makes it good for 710 hp and a cold air intake Roush’s signature. 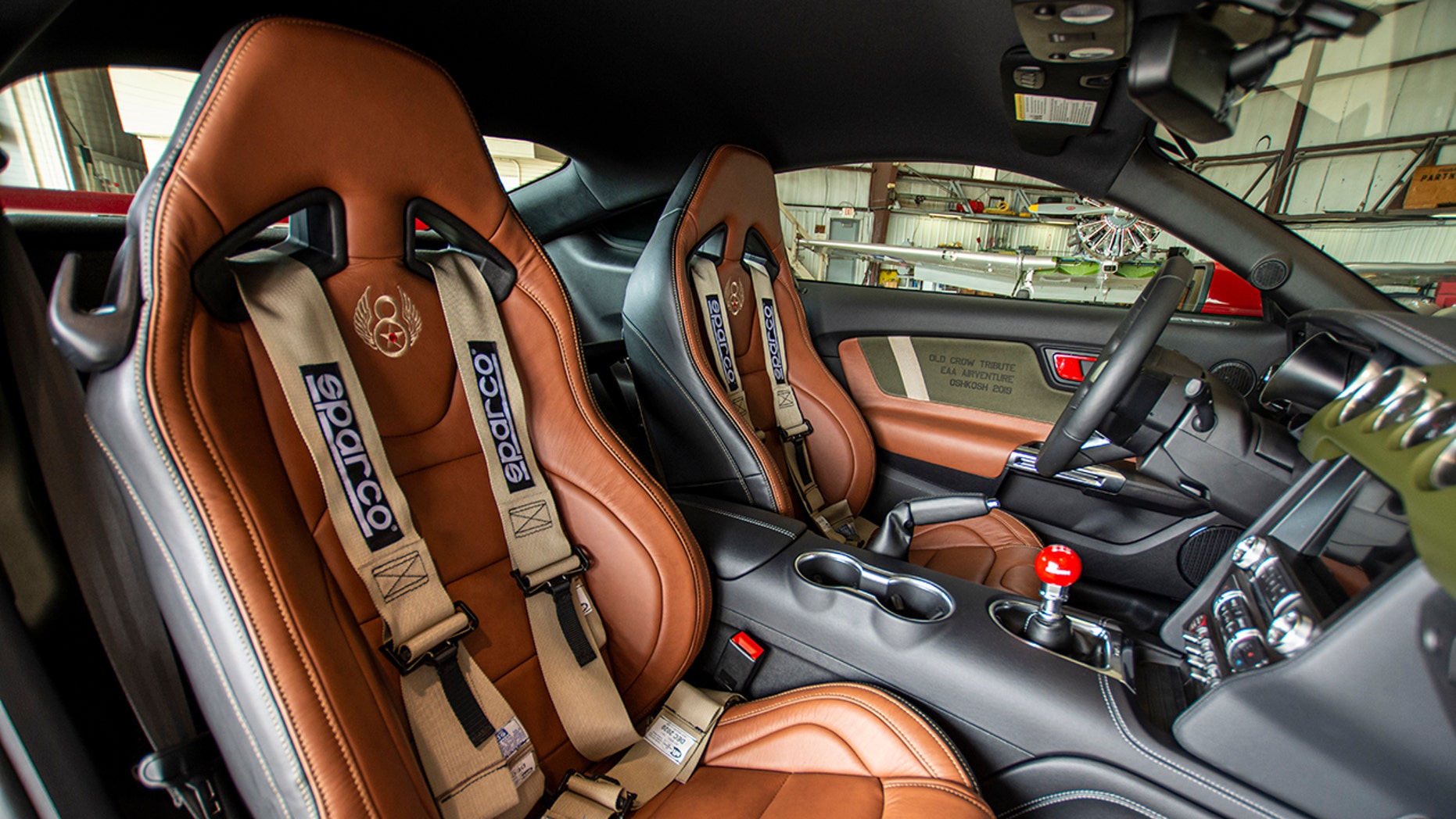 As for the interior, the rear seats have been taken out and the front ones reupholstered in old school aircraft-style brown leather, while the doors and dash are displayed with military green canvas. The shifter is a bright red ball grip modeled after the fuel shut off and mixture control knobs in the P-51. 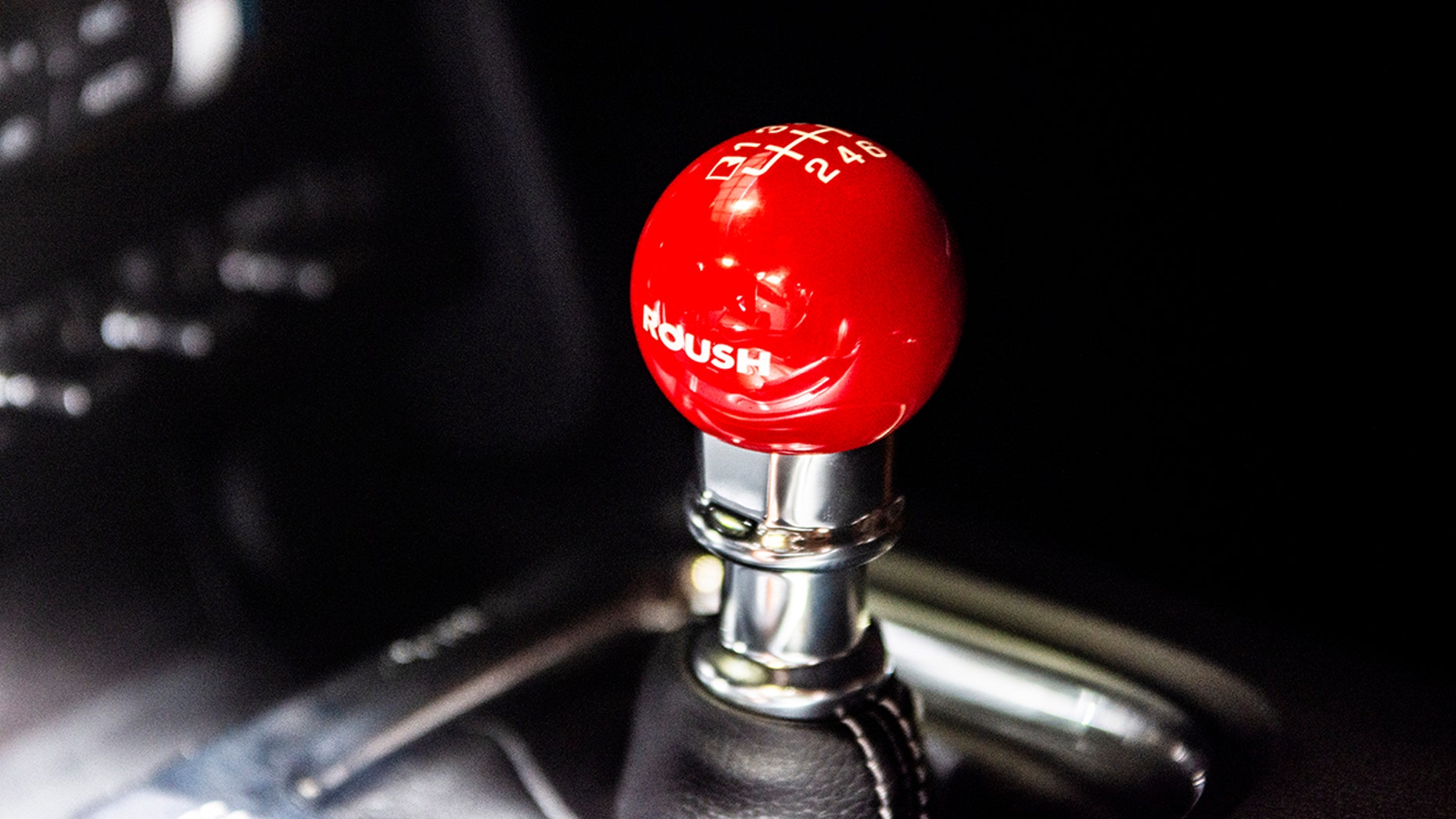 This marks the 12th car that Ford has donated a vehicle to the event, with last year’s Eagle Squadron tribute selling for $420,000 to bring the grand total exceeding $3.5 million raised.

Anderson will be at the event when Old Crow Ford Mustang crosses the block and will not say no if the winner of the auction offers to take him for a spin.

BE HEARD! FOLLOW THE MOTOR MASTERS ON FACEBOOK AND LET US KNOW WHAT YOU THINK ABOUT THE “OLD CROW” FORD MUSTANG.